Koichi Hamada, Professor Emeritus at Yale University, writes that with the departure of Japan's longest-serving prime minister Shinzo Abe, one of the biggest questions facing his successor, Yoshihide Suga, is what to do about Abe’s signature economic-policy plan.

To be sure, Suga, who long served as Abe’s chief cabinet secretary, has already pledged to uphold so-called Abenomics – and for good reason. The strategy went a long way toward strengthening Japan’s limping economy, not least by spurring major employment gains: from the end of 2012, when Abe became prime minister, to the end of 2019, just before the COVID-19 pandemic began, more than five million Japanese joined the workforce.

Now, university graduates no longer have to worry whether they will find a place in the job market, and the tent villages occupied by homeless people have almost disappeared. Small wonder, then, that Japanese voters handed Abe’s Liberal Democratic Party (LDP) landslide electoral victories in 2014 and again in 2017.

To this day, 71% of Japanese have a favorable opinion of the Abe government’s achievements, according to a poll by the Asahi newspaper. Even Suga’s government already enjoys substantial public support—62% rate it favourably, according to an NHK poll—undoubtedly because of his close association with Abe.

To retain this support, Suga will need to uphold his promise to remain on the economic-policy path Abe laid. But that is easier said than done, owing to internal resistance and external misconceptions about Abenomics.

For example, many foreign observers have minimized the importance of Japan’s employment gains, because the average wage remains flat. But wage gains will take time, as Japan is still in the process of modernizing and democratizing its dual-structure labor market, in which regular workers enjoy higher wages and superior benefits than “nonregular” (part-time) workers, because of their (often outdated) education and seniority.

Suga must ignore the naysayers and stay the course. That means upholding the policies that enabled this progress, beginning with the first “arrow” of Abenomics: bold monetary policy. 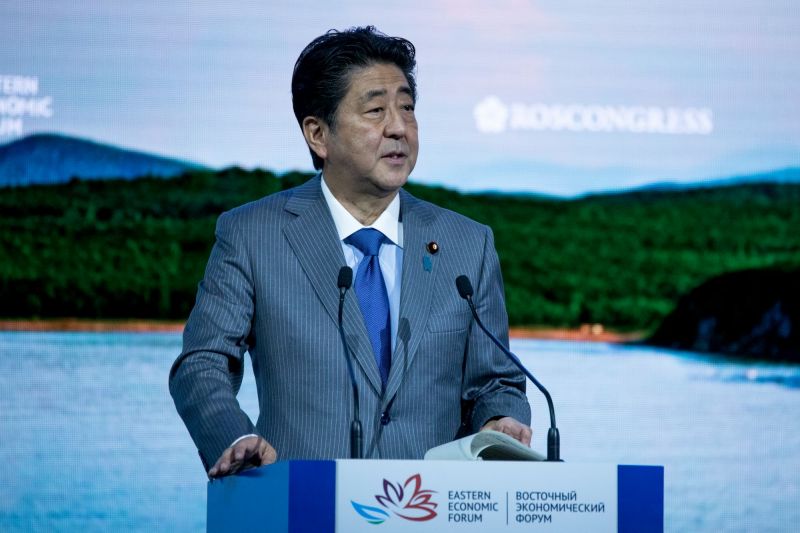 Before the launch of Abenomics, monetary expansion in other major economies—notably, the United States and the United Kingdom—was driving yen appreciation and undermining Japanese industry’s competitiveness. The Bank of Japan refused to adopt similar measures, insisting that the short-term interest rate should be zero.

In 2013, Abe appointed Haruhiko Kuroda as the BOJ’s new governor, and everything changed. The BOJ launched a quantitative-easing program that helped to counter the effects of monetary expansion elsewhere, particularly in the first two years it was in place.

After 2015—and especially after negative interest rates were adopted in early 2016—the policy’s effects diminished, with the relationship between the monetary base and the exchange rate weakening. Nonetheless, thanks to a tight labor market, demand for domestic investment rose, so the economy remained strong.

Since the COVID-19 crisis began, monetary policy has remained an essential source of support for the economy. That is why my first piece of practical advice to Suga is to uphold the current monetary-policy approach. When in doubt, trust Kuroda.

The second arrow of Abenomicsis flexible fiscal policy. Abe postponed consumption-tax hikes twice, and was often labeled a fiscal dove. This is another misconception. In fact, the Japanese government’s primary balance improved during his tenure, from -5.5% of GDP to 1.9%. That said, while wasteful spending should be avoided, the budget doesn’t need to be balanced at all times – a reality that mainstream economics is increasingly recognizing. In Japan—where inflation is negligible and interest rates are lower than the rate of GDP growth—deficit spending can be beneficial, not only today, but also for future generations.

Such spending is particularly critical now, as the COVID-19 crisis decimates global demand and weakens GDP growth. It would be inhumane to eschew emergency-relief spending over some misguided fixation on a balanced budget; moreover, as Greece’s recent experience with austerity showed, it would be counter-productive. That is why my second piece of advice to Suga is: Don’t give too much credence to experts peddling outdated ideas about “fiscal health.”

Whereas the first two arrows of Abenomicsaim to maximize Japan’s existing production capacity, the third arrow targets structural reforms to increase potential growth. Progress in this area has admittedly been slow, despite the Abe government’s best efforts. Given strong resistance by some politicians, businesspeople, and bureaucrats, many outdated, productivity-depleting rules—such as administrative procedures that require official seals to be affixed to written documents—remain in place.

The COVID-19 crisis may help to change that. After all, with businesses operating remotely, the status quo is no longer an option.

Moreover, Suga—who has long fought for progress on structural reform—doesn’t belong to any faction of the LDP, so he may be able to shrug off political resistance. Promisingly, his advisers include serious reform advocates, often representing the services sectors, rather than traditional manufacturing firms or banks.

This brings me to my third and final piece of advice for Suga: Focus on your own priorities, especially when it comes to structural reforms and growth strategy. Given the critical importance of structural reform to Japan’s future prosperity, this should be the cornerstone of Suganomics.