The rise of an assertive China, the absence of American leadership, and the coronavirus pandemic have combined to pose unprecedented challenges to the countries of the Indo-Pacific. Former Japanese ambassador Sumio Kusaka argues they also provide the rationale for a new era in Australia-Japan relations and the consolidation of a ‘natural’ partnership.

Japan and Australia face a new and challenging world. It is vital they find ways to broaden and deepen their bilateral relationship to meet a set of circumstances unlike any they have previously experienced.

Before I turn to some recommendations on how cooperation between Tokyo and Canberra might be strengthened, just consider the following four developments affecting the security and prosperity of both countries.

First, China has adopted an extremely aggressive stance both at home and abroad since Xi Jinping took power in 2012-13. It has made unacceptable claims of sovereignty over the Senkaku Islands in the East China Sea and over large expanses of the South China Sea. It has introduced an abusive national security law in Hong Kong. It has failed to respect its international treaty obligation to govern Hong Kong in accord with the principle of “one country, two systems”. It has engaged in threatening military behaviour towards Taiwan. It has used its great economic power to achieve geopolitical goals in developing countries through the Belt and Road Initiative. And it has continued double digit growth in spending on its military over decades. The list goes on. In summary, China seems determined to become a hegemon in the Asia-Pacific region. 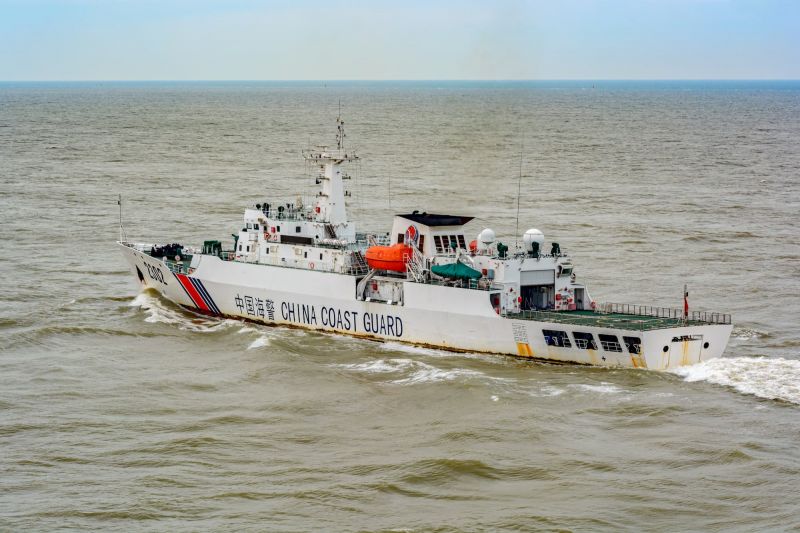 Secondly, the US has changed under the presidency of Donald Trump over the past four years.  His “America First” approach has alienated foreign allies and partners on one hand and entrenched foes on the other. Multilateral bodies have been either looked on as enemies or completely ignored as if they do not exist. Respected international rules and standards – valued over time to ensure a degree of international order and stability – have been set aside under the banner of the “America First” slogan.  While this is not exactly the good old America we used to be familiar with, it is fair to say the Trump administration has quietly earned some credit in the region for taking a firm stand against China’s unilateral claims in the South China Sea in defence of the international rule of law. Still, it is sad to note the decline of the once broad international network based on mutual trust centering on the US.

Thirdly, look at the free-falling US-China relationship: A new Cold War, talk of decoupling economies, and even fears of an accidental hot war erupting in flashpoints like the South China Sea. No one is sure what might happen if the US and China stay on their current confrontational course. No one wants war in this region, but an increasing number of people are starting to seriously worry it may come, if not checked in time.

Fourthly, the world has suffered a tremendous shock because of the coronavirus pandemic. A brake of unprecedented scale has been applied suddenly to the global economy. Almost all business and private travel has stopped, plunging us into the most serious recession of our time.

Both Japan and Australia have suffered their fair share of the global economic shock. People in both nations have been struggling. While this pandemic will not go away anytime soon, life must go on for both our nations and people.

How can Japan and Australia best ride through this huge global upheaval? In many ways, they are natural partners. It is quite natural and desirable for them to cooperate more closely in the face of the current turmoil and to try to shape the regional environment in accord with their national interests. Those interests would appear to be very similar and well aligned, if not identical. Both Japan and Australia have long-standing alliance relationships with the US at the core of their security arrangements. They both seek to strengthen security ties with the US amid this strategic uncertainty. An isolated America would not be desirable. Both Japan and Australia would like to see a stronger US commitment and presence in the Indo-Pacific to contribute to the region’s stability and prosperity.

China is the most challenging nation to both Japan and Australia and may soon become a real hegemon in the region. What is the most effective way for other countries to respond to an aggressive and bullying China and to induce its behavior to change?

There is huge potential for cooperation between Japan and Australia on this point. Both countries have their national interests aligned. Both are members of the free and democratic world. Both believe in the free market economy. Both support, alongside many other nations, the rules-based international order. And, moreover, both regard each other as special strategic partners. Indeed, I believe they can be described as ‘semi-allies’, next only to their full ally, the US.

Prime Minister Scott Morrison is said to be planning a visit to Japan soon to meet the new Japanese Prime Minister Yoshihide Suga. It follows this week’s meetings in Tokyo of foreign ministers of the so-called Quad – Japan, Australia, the US, and India. This has presented a timely opportunity to reconfirm the strong bilateral ties between our two nations as well as the regional commitments among the Quad in an increasingly uncertain world. Beyond that, there are several ways Japan and Australia could initiate a new era of strategic and economic cooperation.

A necessary and useful step would be for the two countries to confirm at the highest level that they will work together closely to promote a free and open Indo-Pacific. For instance, Japan and Australia could join forces to help meet the infrastructure needs of less developed nations in the Indo-Pacific. In doing so, they could make China understand those developing nations do not have to rely solely on its Belt and Road Initiative to improve their infrastructure. 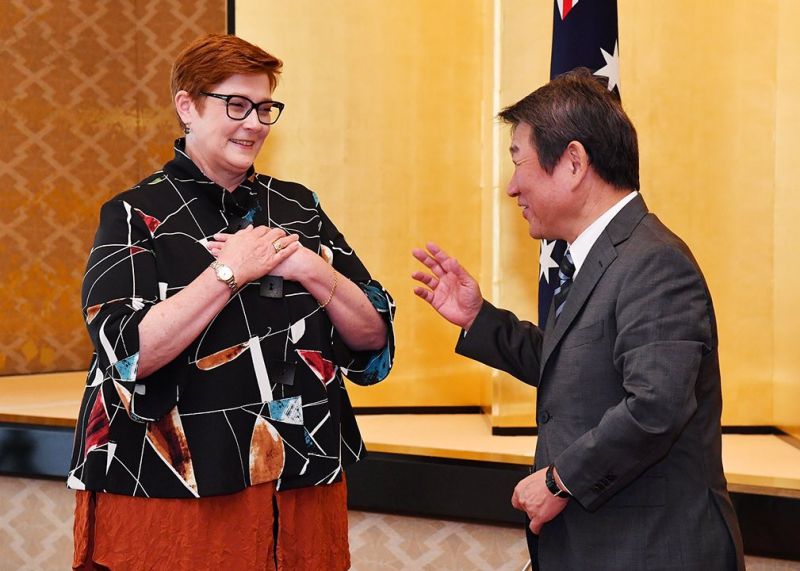 No country alone can stop China becoming a hegemon in the Indo-Pacific. That is why Japan and Australia should promote a free and open Indo-Pacific in collaboration with the US, India and ASEAN countries. Broadening our wings further to include likeminded nations such as the UK and France in this equation would be an effective and practical way to curb China’s dangerous ambitions and change its course. Only a wider network of countries can possibly persuade China to understand the danger and accept the reality on the ground. After all, countries in the region are much better off when they cooperate than when they confront each other. In the end, we must establish peaceful coexistence with China.

Another area for cooperation between Tokyo and Canberra is in intelligence sharing. Japan could join the so-called “Five Eyes” – the US, UK, Canada, Australia and New Zealand – intelligence agreement. Five Eyes would become Six Eyes and the six nations could coordinate their policies much more effectively and with better results.

Japan and Australia also could consider strengthening the 11-member Comprehensive and Progressive Agreement for a Trans Pacific Partnership (CPTPP) by urging the US to rejoin this free trade pact. It is not a totally unrealistic proposition, especially if Joe Biden is elected to the presidency on 3 November. Expanding the CPTPP would be to play a shrewd diplomatic card.

We could even consider inviting Taiwan to join the CPTPP as Taiwan is a significant economic power in the Indo-Pacific. Taiwan could join the CPTPP as an economic jurisdiction, the same basis on which it was able to become a member of APEC. Needless to say, we must let Taiwan join before we let China join, because if China were to join first it would certainly try, with all its power, to block Taiwan's membership.

But, certainly, China could join the CPTPP as opening and liberalising its economy would bring benefit to all the CPTPP members, including China itself.

Next, we could consider promoting the 16-member Regional Comprehensive Economic Partnership (RCEP), which is due to be signed this year. This is promising, as China is already committed to RCEP. India has baulked at joining, but might reconsider in due course. Still, a free trade agreement encompassing all the ASEAN countries plus China, Japan, South Korea, Australia and New Zealand presents huge potential to boost commerce in the Indo-Pacific and help overcome the economic damage of the coronavirus pandemic.

A complete decoupling of the US and China is unlikely to work. Totally rejecting China would only make it even more hostile and would be counter-productive. It also would create a more unstable Indo-Pacific. Our neighborhood policy should be based on occupying the moral high ground and promoting the rules-based international order. One way or another, we must find a path for peaceful coexistence with China. Japan and Australia working more closely together, as natural partners, can make a big contribution to achieving that goal and a free and prosperous Indo-Pacific.

Sumio Kusaka was the Ambassador of Japan to Australia between 2015 and 2019. He served in numerous senior roles in the Ministry of Foreign Affairs and the Ministry of Finance, including deputy vice minister for international affairs in the MOF and deputy director general of the economic affairs bureau of MOFA. The views expressed here are his own and not those of the Government of Japan.