Myanmar’s protest movement is fighting back against the army coup with urban guerrilla warfare tactics, turning passive resistance into armed revolution. The outlook, writes former ambassador Nicholas Coppel, is a bleak and increasingly bloody situation that will require facilitated mediation.

The response by Myanmar’s citizens to the 1 February military coup has evolved from a protest movement into a revolutionary cause. In the first days there was uncertainty about what was happening. President Win Myint, State Counsellor Aung San Suu Kyi, and about 400 elected representatives and senior figures from her National League for Democracy (NLD) party had all been detained, but it was not known where and for how long they would be held. The public did not have long to wait for guidance. Within hours a Facebook post issued by the NLD, and ostensibly drafted by Aung San Suu Kyi in anticipation of her arrest, called on her supporters to protest the takeover.

The public’s initial response was consistent with Aung San Suu Kyi’s well-known preference for non-violent measures and they took to social media to show their outrage and created the hashtag #CivilDisobedienceMovement. Citizens were urged to voice their disapproval by banging on metal pots and pans every evening at 8 p.m. Doctors and other medical staff announced they would no longer work at government hospitals and instead offered their services at alternative locations. The Civil Disobedience Movement quickly spread to other government ministries, the Central Bank and to commercial banks. 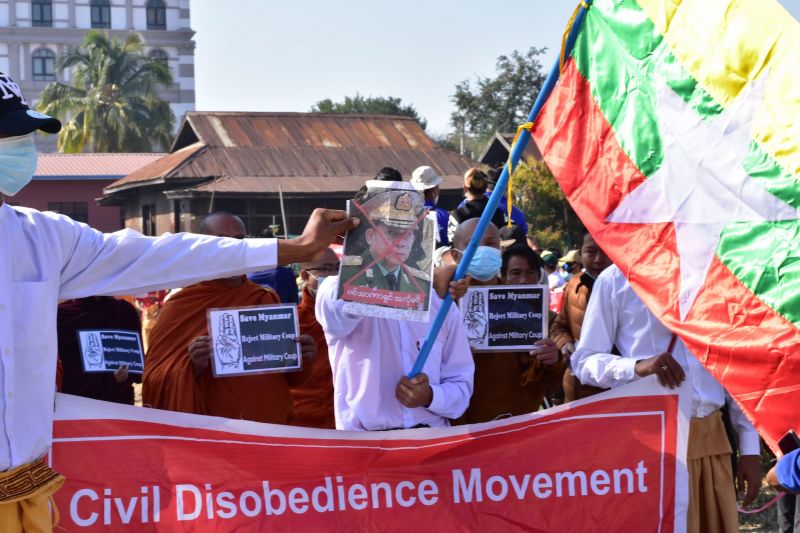 In these early days of the coup the generals believed the protestors would soon go quiet and return to work. They also wanted to project an air of normalcy. The first indication of intolerance came on 9 February with the fatal shooting of a 19-year-old woman in Nay Pyi Taw and then on 20 February live ammunition was used to disperse a group of striking workers killing two. The violence and brutality increased peaking on 27 March, Myanmar’s Armed Forces Day, with the death of 158 unarmed citizens, including 14 children. Another particularly bloody day was 9 April, with over 83 killed in the ancient capital of Bago. The death toll now has reached 860.

The NLD’s elected members of parliament, unable to take up their seats, formed the Committee Representing Pyidaungsu Hluttaw (CRPH) as a de facto parliament. The Committee appointed ministers to form an Interim National Unity Government. Calls began to be heard for Myanmar politics to be re-made, not restored, and for the 2008 military-drafted Constitution to be abolished and a federal democratic union established.  Also among elected lawmakers the view grew that there could be no going back to the previous hybrid democracy that saw 25 percent of parliamentarians and the three security ministers hand-picked by the Commander in Chief, who himself is not answerable to any civilian authority.

On 5 March the CRPH published a four-point vision which called for the 2008 Constitution to be rescinded and a new constitution based on principles of federalism to be drafted. On 31 March a Federal Democracy Charterwith interim constitutional arrangements was released. Somewhat cautiously, it mentioned establishment of a Federal Union Security System but it was not until 5 May that the National Unity Government announced the establishment of People Defence Forces as a forerunner to Federal Democratic Armed Forces.

Thousands of urbanites have travelled to parts of the country controlled by ethnic armed groups to be trained in the handling of weapons, explosives and armed combat. Protestors have adopted urban guerrilla warfare tactics including explosive devices, targeted assassinations, and arson attacks in response to the disproportionate use of force by the military and police. Every day there are multiple blasts across the country and attacks on the apparatus of government control, most notably local offices of the General Administration Department whose tentacles extend into the daily lives of the people.

During their extensive periods of military rule, the military relied on violence and fear to control the country. Activists have adopted the same tactics and with some effect. Soldiers no longer arrogantly saunter the streets unchallenged. Soldiers and police, unless called out, stay within their sandbagged and razor-wired bunkers and local administrators live in similar fear. The banging of pots and pans has evolved into street protests, the street protests have evolved into a political and armed revolution. 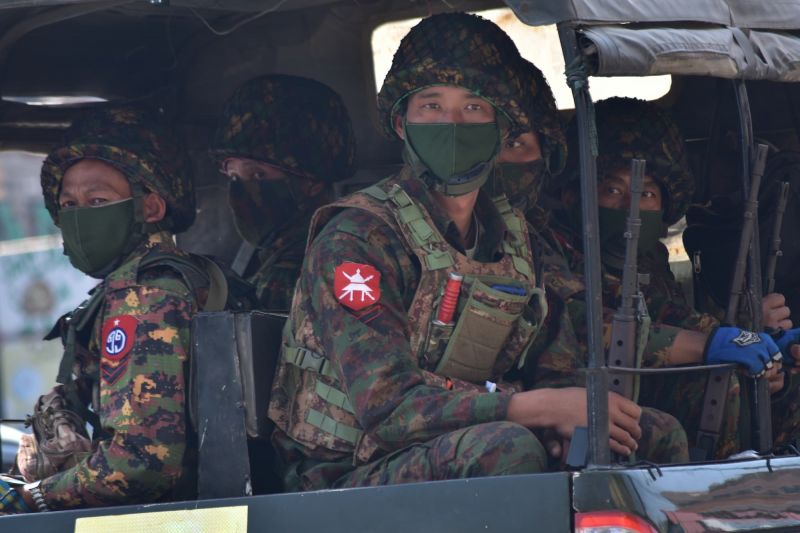 The movement is far removed from the passive resistance advocated by Aung San Suu Kyi during her 15 years of on and off house arrest. She remains isolated, denied access to communications and not in a position to guide her flock in her peaceful ways. No one knows what she would think of the revolutionary calls at the political level and the action on the streets. She remains much admired and loved in her country, but Generation Z can’t wait and have taken matters into their own hands.

The response by Myanmar’s citizens to the coup has morphed from a protest movement into a revolutionary cause complete with manifesto and armed acolytes. Pious calls for all parties to end violence and engage in dialogue and reconciliation fail to read this situation. Currently, both Senior General Min Aung Hlaing and the National Unity Government are not interested in dialogue or reconciliation. Both want to triumph and are using violence to secure victory. The outlook for Myanmar is not yet Syria, as some commentators have claimed, but it is bleak and likely to be protracted and increasingly bloody.

The challenge for the international community is to look beyond statements of outrage and futile calls for UN action. Myanmar’s military are well-practiced in thriving despite sanctions and international opprobrium. The first step is to persuade the military and the National Unity Government to contemplate a facilitated mediation. There is a basis for this in ASEAN’s five point consensus agreed between leaders and Min Aung Hlaing on 24 April. One can’t be optimistic that it will be adhered to or produce satisfactory results, but it’s the only even remotely feasible option for breaking the deadlock.