Maria Ressa, one of Asia’s most prominent journalists and the founder of the popular Philippine news website Rappler, and a former researcher, Reynaldo Santos, were found guilty of criminal cyber libel this week and sentenced to six months to six years in prison in a verdict condemned by local international human rights and journalism organisations.

The case against the two, who were each also ordered to pay PHP200,000 (US$3971) in “moral damages” and PHP200,000 in “exemplary damages,” could only be called legally dubious, and engineered at the urging of President Rodrigo Duterte. The verdict has earned condemnation in newspapers and other news organizations from the United States to the UK and beyond as well.

“By passing this extremely harsh sentence at the end of utterly Kafkaesque proceedings, the Philippine justice system has demonstrated a complete lack of independence from the executive,” said Daniel Bastard, the head of RSF’s Asia-Pacific desk. “This sentence bears the malevolent mark of President Duterte and his desire, by targeting Rappler and the figure of Maria Ressa, to eliminate all criticism whatever the cost. We urge Manila’s judges to restore a semblance of credibility to the Philippine judicial system by overturning this conviction on appeal.”

“Today’s conviction and sentencing of Maria Ressa of up to six years in jail is an outrageous crime against press freedom,” said Shawn Crispin, CPJ’s senior Southeast Asia representative. “Although out on bail while she appeals the verdict, Ressa’s wrongful conviction sends a message to all journalists that you could be next if you report critically on President Rodrigo Duterte’s government.”

The matter resulted from a 2012 case in which Rappler called attention to allegations that then-Supreme Court Chief Justice Renato Corona was using a black Suburban SUV with the license plate ZWK111 registered to a businessman named Wilfredo Keng. Corona's assigned vehicle, according to the story, was a beige 1996 Toyota Camry. The article cited an intelligence report from an unspecified agency that alleged Keng was tied to illegal activity.

The article predated the Cybercrime Prevention Act of 2012, which includes the crime of libel. In February 2014, Rappler corrected a typo in the story, thus technically updating it on the website. More than three years later, in October 2017 Keng filed an online libel complaint with the National Bureau of Investigation, claiming that correction of the typo constituted republication and could be used as a legal basis to claim the story was covered by the Cybercrime Prevention Act.

The NBI, the Philippines’ top investigative agency, first said the case couldn’t be resuscitated. However, the NBI reversed itself on March 2, 2018, saying the “prescriptive period for crimes falling under…the Cybercrime Prevention Act of 2012 is 15 years." The case named not only Ressa and Santos but seven other Rappler editors and officers. The cyber libel charges were recommended on Jan. 10, 2019, but nobody told Rappler until Feb. 4.

Duterte has been on an intensive campaign against both political and journalistic opponents of his drug campaign, which human rights researchers say has taken the lives of thousands of mostly poor drug users while leaving big-time suppliers alone. At one point, a top police official in the drug campaign was forced to resign after it became apparent that he was protecting several policemen who were integral to the import of illegal drugs.

In May, the government shut down ABS-CBN, the country’s largest broadcast network, whose owners, the Lopez family, had also been critical of the Duterte administration. The station is back on the air provisionally under a temporary extension of its franchise was granted by the congress until October. 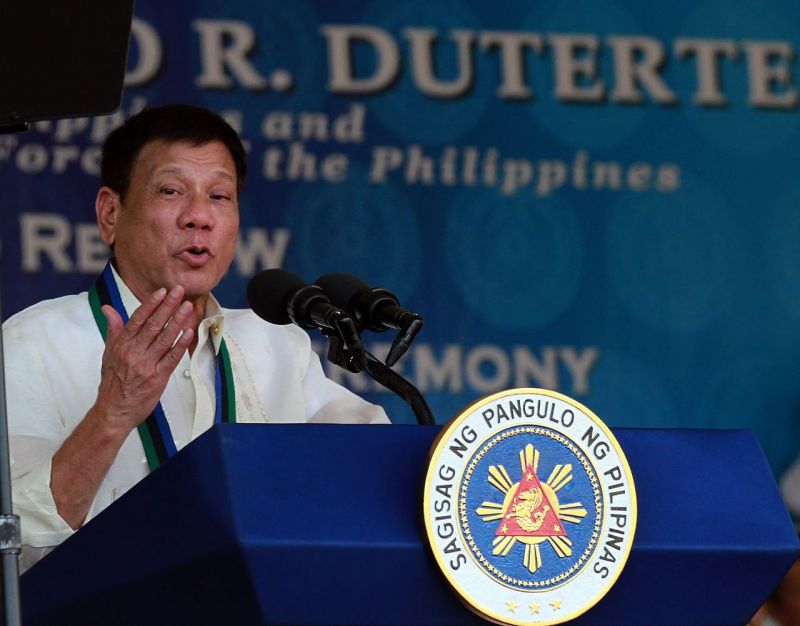 Duterte is now considering a draconian national security act that was passed last week by the Philippine Senate and sent to his desk over the objection of opposition lawmakers, religious figures, press and civil rights organizations, a wide array of businessmen and legal scholars and university presidents and other critics who urged vainly that it be delayed to give time for representatives and senators time to reconsider their votes.

Critics accused Duterte of using the COVID-19 pandemic as an excuse to implement the harsh new measure, much as the late strongman Ferdinand Marcos began to clamp down in the 1970s in the face of rising corruption, economic dislocation and student unrest. Marcos blamed the Lopez family—still the owners of ABS-CBN—for allegedly using their news organisations to raise political temperatures.  Eventually, Marcos’s presidency ended in vast upheaval that drove him from the office and country in disgrace.

The president has jailed his most influential opponent, former Justice Secretary and Human Rights Council head Leila de Lima and scoffed at international criticism of the drug war. He has sought sedition charges against lawmakers who have opposed his key government policies, including an effort to bring back the death penalty. Seven lawmakers are facing or have faced trumped-up charges. Senator Risa Hontiveros was charged with kidnapping after her office provided shelter to underage witnesses to the police murder of a 17-year-old in September 2017. She faced further “wiretapping” charges after revealing text messages in which a Duterte ally ordered cases against her to be “expedited.”

The campaign against Rappler occurs in the context of worsening media freedom and freedom of expression in the Philippines, Human Rights Watch said in a prepared release. “Journalists from other media groups have suffered intimidation and attacks online and offline. Recently, the government began targeting social media users who posted comments critical of the government, mainly on Facebook. The government has investigated dozens of social media users and arrested several for violating the country’s “fake news” regulations during the COVID-19 pandemic.

“The government should reverse this alarming affront to justice and quash the convictions of Rappler’s Ressa and Santos,” Robertson said. “The prosecution was not just an attack on these individual journalists, but also a frontal assault on freedom of the press which is critical to protect and preserve Philippines democracy.”

After falling seven places since 2017, the Philippines is ranked 136th out of 180 countries and territories in RSF's 2020 World Press Freedom Index.

Ressa was named a Time Magazine Person of the Year in December. Rappler claims more than 10 million readers a month. She has been arrested repeatedly over charges that the news site was funded by international benefactors including George Soros, a charge that has been convincingly denied but which continues to hang over the website.

Philip Bowring is the former editor-in-chief of the Far Eastern Economic Review.

This article first appeared on the Asia Sentinel website on June 15, 2020.