ASEAN's historic commitment to neutrality prompted a muted response to Russia's attack on Ukraine. Huong Le Thu argues trying to remain impartial when one country is "bombing unarmed civilians of another country" does nothing to preserve the principle of neutrality.

With the exception of Singapore, members of the Association of Southeast Asian Nations have adopted carefully neutral positions in response to Russia's unprovoked attack on Ukraine.

Singapore was the only ASEAN member to sign a draft United Nations resolution on Feb. 25 calling for an end to Russian aggression in Ukraine, with the other nine ASEAN members refusing to even name Russia as the aggressor.

Not supporting either side in a conflict, as well as adherence to a policy of nonalignment, have been core ASEAN principles since the bloc was founded 55 years ago. But ASEAN nations must understand that remaining neutral in response to the war in Ukraine will damage their own interests.

First, there is a distinction between not taking a position in response to individual acts of aggression and a state of permanent neutrality. Not getting involved in future wars requires a consistent security and foreign policy, but even Switzerland, which has long maintained a firm policy of neutrality, has seen fit to freeze Russian assets as the violence in Ukraine continues unabated.

Established in 1967 and motivated by a shared fear of communism spreading through Southeast Asia, ASEAN has remained determined to project itself as a neutral zone, even though many of the five founding members were closely aligned with the United States, with some even providing bases and facilities for American operations in the Vietnam War.

And despite being in the center of the great-power competition between the U.S. and China, ASEAN has steadfastly insisted on its neutrality and rejected any official association with either Beijing or Washington.

Made up of predominantly postcolonial, small to medium-size states, the threat of external intervention had been the shared primary concern. To date, this remains the first and foremost concern among ASEAN's guiding norms.

By adopting neutrality, Southeast Asian nations sought to limit potential external interventions. Over time, other principles such as respect for the rule of law and the global rules-based order, the nonuse of force and preventive diplomacy have been codified through various declarations and actions and have been incorporated into the ASEAN Charter.

At the same time, such principles have been repeatedly challenged by violent seizures of power and assaults on the rule of law, the most recent being the ongoing crisis in Myanmar.

Still, ASEAN's muted response to Russia's attack on Ukraine is disappointing. Even more so was the joint statement by ASEAN foreign ministers calling for restraint from "all parties."

Trying to remain impartial when one country is bombing the unarmed civilians of another country does nothing to uphold the principle of neutrality. It is, in fact, a blurring of black and white. 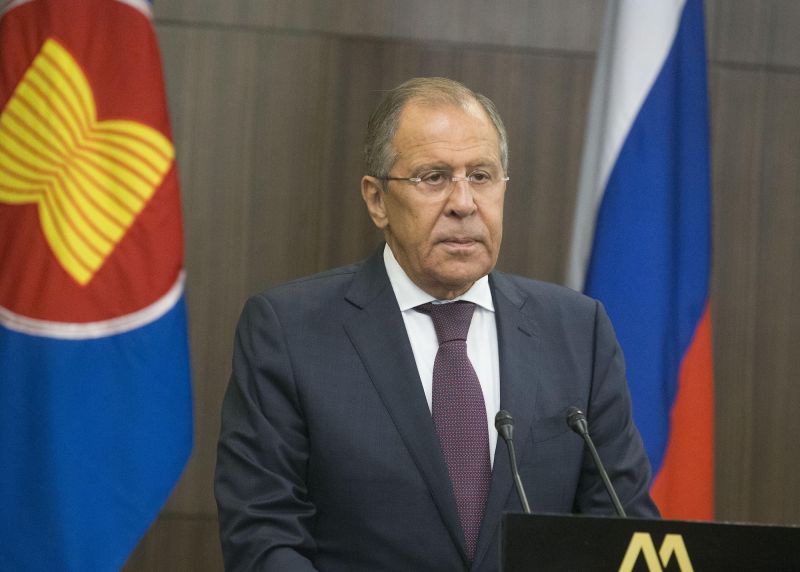 To be sure, Russia has been a full-fledged ASEAN dialogue partner since 1996, and Ukraine has no formal ties with ASEAN. It is also true that Russia is a key weapons supplier to most ASEAN members, giving Moscow critical leverage. But Ukraine has managed to build strong relationships too, with Vietnam being a good example.

On the one hand, Hanoi has a comprehensive strategic partnership with Russia, whose partnership in oil and gas offshore exploration serves as a useful counterbalance to Chinese aggression in the South China Sea. Yet Ukraine has also become an important supplier of defense equipment to Vietnam.

Many ASEAN countries already live in the shadow of open aggression and threats. And with some major powers increasingly inclined to abuse this asymmetry, the rule of law and the international community's commitment to it has become the first line of defense.

While nonaligned ASEAN members were hardly spared being pressured by the outside powers, or were free to pursue their own national interests exclusively, now, as they seek to play a bigger role in regional and global institutions, these same countries have more responsibility.

This elevated status requires a more principled approach, demanding that these same nations play more of a role in safeguarding the rules that are being violated. This may at times risk tension with a stronger aggressor, which is a legitimate and real consideration. But should any ASEAN member find itself in Ukraine's shoes, this is exactly what they would hope that other members of the international community would do.

Take Indonesia, proud of its long history of nonalignment, but which is now emerging as an influential player in world affairs.

A nonpermanent member of the U.N. Security Council from 2019 to 2020, and chair this year of the Group of 20, Indonesia cannot afford to look the other way whenever conflicts and disputes arise, or violations of international law are committed. Especially not when it demands that ASEAN centrality in global affairs be respected by the international community.

Since the end of the Cold War, Southeast Asian nations have reached beyond their immediate region and revealed that their interests are global as well as regional. They need to carry their weight diplomatically.

Today, international law is the baseline defense against external intervention, and multilateralism largely benefits smaller and middle powers. As defenders of both, ASEAN cannot afford to remain silent, and member countries must stand by principles that they have all sworn to uphold as part of their membership of the U.N.

A more principled approach, like the example being set by Singapore which has imposed sanctions on Russia, including banking and financial measures and export controls on items that could be used as weapons against the people of Ukraine, shows that such steps can be taken without damaging a country's national interests.

In fact, the contrary is true. By exercising diplomatic agency and applying it consistently, Singapore has shown that bold action can advance a country's national interests. By insisting on treating both sides equally, ASEAN is not exercising neutrality but risks becoming perpetually neutralized in the face of a rapidly changing world order.

Huong Le Thu is a senior analyst at the Australian Strategic Policy Institute and a nonresident fellow at the Center for Strategic and International Studies in Washington, D.C.

This article originally appeared on NIKKEI Asia on March 2, 2022.