In a test of the resolve of Thailand's rulers, student protesters in recent weeks have been agitating for deep institutional reform, including to the powers of the monarchy. Former intelligence agency analyst Craig Keating argues the student demands highlight fundamental differences in Thai society over the role of the state and are likely to shape the direction of politics in the coming months.

Over recent weeks, thousands of Thai students have been protesting against the government and demanded revisions to the current constitution, imposed on the country by the leaders of the 2014 coup. They have also spoken out against injustices in the legal system, whereby the very rich and influential escape punishment for serious crimes, and on the unexplained disappearance of several regime opponents.

Several protest leaders have gone further. They have advocated reforms to the monarchical system under King Vajiralongkorn. Their ten-point manifesto includes subjecting the crown to more of the same laws as ordinary Thais, reining in the cost of the royals to the public purse, providing a more balanced coverage of the monarchy in the education system, and ending royal endorsement of coups.

In doing so, they could face up to seven years gaol, under Thailand’s sedition laws. A few years ago, the penalties could have been much worse. In 2017, King Vajiralongkorn ended the use of the lèse majesté (offending the dignity of the monarch) law: those found guilty faced up to fifteen years gaol per offence. Thailand is but one of a handful of countries with a lèse majesté law—others include Belgium, Cambodia, Denmark, Jordan, Kuwait, Monaco, the Netherlands, Spain and Sweden. But its penalties are by far the harshest; and many European countries don’t enforce the law. Paradoxically, Thai penalties were lower under its absolute monarchies (up to seven years’ gaol and a fine); the fifteen-year penalty was introduced in the reign of King Vajiralongkorn’s father, Bhumibol.

Prime Minister (and 2014 coup leader) Prayuth Chan-ocha has predictably responded to much of the protesters’ demands as he has since seizing power: offering concessions to policy demands to take the heat out of the protests, while avoiding violent confrontation. In this instance, he is offering the prospect of constitutional amendments, discussions with student leaders, and has re-opened investigations on a case concerning the son of one of Thailand’s richest men and the death of a policeman. Also predictably, he is using intimidation, temporary confinement, and charges against opposition protest leaders. Neither the government nor the palace have offered any concessions in response to the demands over the monarchy. 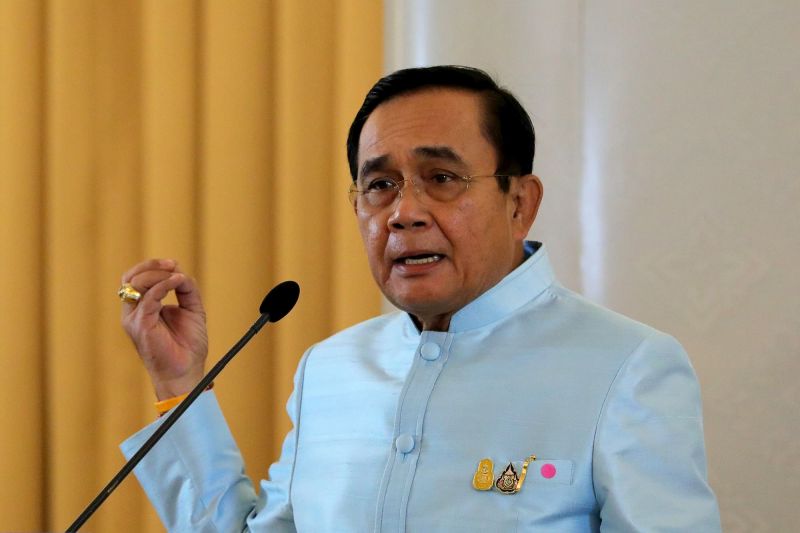 The scale of these public demands for royal reform are unprecedented in modern times. We would probably have to go back to the period preceding the 1932 coup ending the absolute monarchy to see a similar challenge to royal authority. However, the subject has previously been discussed in academic fora inside Thailand.

In 2012, renowned scholar, the late Professor Benedict Anderson, gave a lecture at Chulalongkorn University during a conference on “Democracy and Crisis in Thailand”. He noted the world’s remaining monarchs should ensure that their roles remain relevant, as long-term trends pointed to their growing insignificance.

Professor Anderson was more definitive in his keynote speech at a 2009 seminar at Thammasat University entitled “No Prejudice, No Conflicts”, excerpts of which were published in the Bangkok Post article “Monarchy and nationalism in world history”—which, unfortunately, is no longer available online.

Professor Anderson drew parallels and contrasts between the monarchies of Europe and of Thailand. He noted how, by the end of the nineteenth century, most European monarchies adopted nationalist slogans that, more or less, went “For God, King/Queen, and Country”—a slogan later adapted into Thai as “Chart, Sasana, Phra Maha Kasat” (nation, religion, king).

Professor Anderson also explained how European and Japanese monarchies, led by the British royal family, came to realise that they had to project the right image to their subjects. He gave as an example, Britain’s King George V, who sent his children to normal—if upper-class—schools, conscientiously performed his ceremonial duties, did not spend extravagantly, and had no mistresses. Professor Anderson explained King George V understood that, if the monarchy did not change to reflect British middle-class expectations and undertake its unique ceremonial duties, then it would come to an end.

Several European ambassadors shared their country’s experiences with Thais at a 2009 seminar at Chulalongkorn University “Constitutional Monarchies Outside Thailand: Experiences from Europe and Japan”, reported in the Bangkok Post under “Public support is key to royals’ survival”. The Norwegian ambassador said his monarch was popular, mainly because “… the King, the Queen and the Crown Prince are seen as role models for their representative generation, especially the young generation.” And the Dutch ambassador was reported as saying that “[t]he moral authority of the monarchy is not something written in the constitution but something one needs to earn by performing”.

What Thais think matters most

Neither Professor Anderson nor any of the diplomats directed any criticism towards the Thai royal family. They made their comments in a different time, when King Vajiralongkorn’s father, King Bhumibol, was on the throne. King Bhumibol’s lifestyle, as reported in the Thai press, was similar to that exemplified by King George V. He married once, had no mistresses, conscientiously performed his royal duties and, when able, visited each corner of his realm. And tales of his frugality—he reputedly squeezed out every last bit of toothpaste, and only threw out his pencils after they had been worn down to stubs—were well known to every Thai of that time.

A lot of the media coverage of King Vajiralongkorn’s lifestyle is less flattering. The Thai mainstream media self-censors due to legal and other fears. So, the less favourable commentary tends to come from self-exiled Thai critics of the monarchy, and foreign media outlets. The Economist, for example, discussed King Vajiralongkorn having a luxurious residence in Germany, says that he has had a series of consorts, and has a sister perform many royal duties in his stead. When the information comes from the palace, the Thai press is less constrained: it covered King Vajiralongkorn’s decision in 2019 to take an official consort—in addition to his wife; the first Thai king to do so in more than a century; and her abrupt dismissal a few months later. 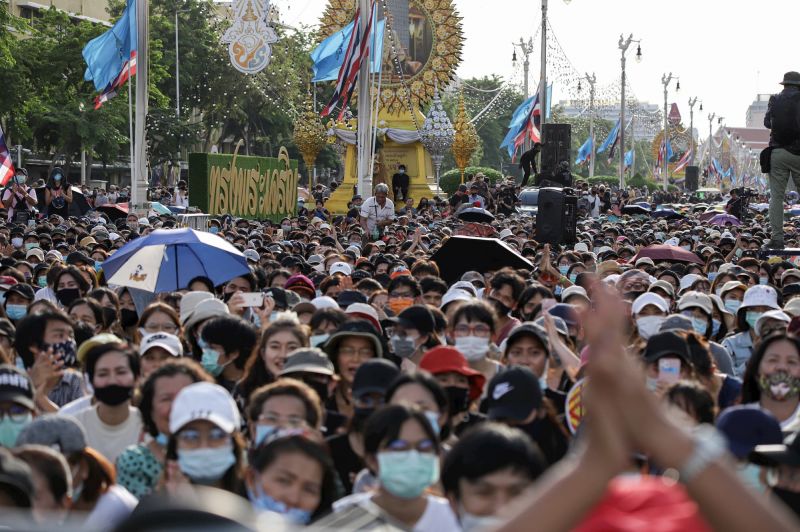 Thousands of student protesters gather at the Democracy Monument to advocate for reform to the constitution and monarchy, Bangkok, Thailand - August 16, 2020. Image credit: Adirach Toumlamoon, Shutterstock.

It seems there are Thais who expect their monarchs to largely emulate the behaviour of King George V; and that their moral authority must be earned, not inherited. Noted Thai expatriate academic Professor Thongchai Winichakul summarised the students’ manifesto as:

“1) The king must not be involved in politics or exercise ruling power.

2) The king must not be above law. He is not higher than people.

3) The king must live in a dignified manner and respect of him must be willingly afforded.”

However, so far, no major political group has been willing to join students in the streets in their calls for royal reforms. A senior figure in the opposition Pheu Thai Party told demonstrators not to offend the monarchy, as did the leader of the party’s activist allies, the United Front for Democracy against Dictatorship—better known as the ‘red shirts’. Members of the now-disbanded Future Forward Party and its successor, the Move Forward Party (MFP), are trying to set limits on royal powers through legislative means, rather than take to the streets. The MFP is proposing drafters be able to amend provisions on the monarchy when the constitution is revised. The former leader of Future Forward questioned in a parliamentary committee why the budget for Royal Office agencies had increased at a rate five times higher than that of the overall budget. And, in 2019, Future Forward voted against a government executive decree transferring army units and budget to a royal command unit under the monarch’s control, citing procedural grounds.

At this time, no-one knows where the students’ demands for change will go, and what will be the result. Key unknowns are: How determined are those protesters seeking royal reforms? To what extent do most Thais agree with the students’ manifesto demands? Does the palace agree with Professor Anderson’s characterisation of the dangers to modern monarchies if they don’t meet community expectations of their lifestyle and behaviour? The answers could well shape prospects for unrest on Thailand’s streets over coming months; and the future role of the monarchy.