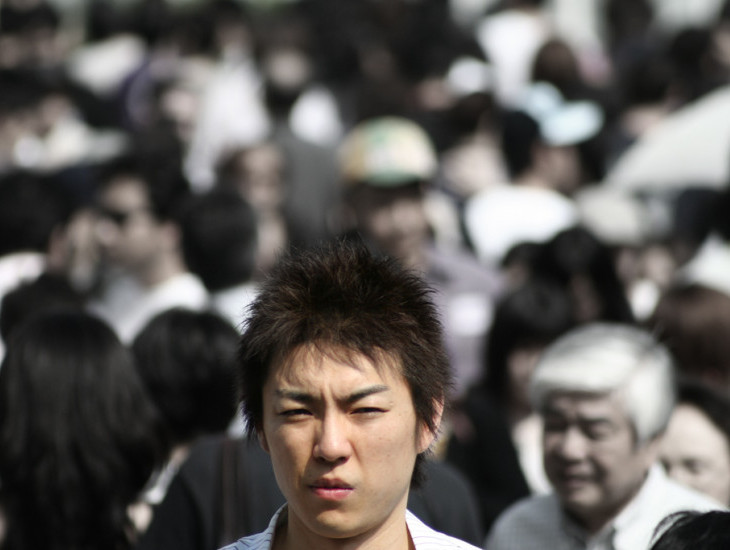 For decades, there has been a familiar refrain: Australia has an Asia problem. We don’t engage enough with Asia, or understand its languages or diverse cultures. From Ross Garnaut in the 1980s to the Australia in the Asian Century White Paper, the narrative has been that if only Australia could focus on Asia, all would be well. Indications are that this line will continue under Malcolm Turnbull’s prime ministership: he has urged Australians to seize the opportunities of economic change, and characterised trade with China as one of the most important foundations of Australia’s prosperity.

I don’t doubt for a moment that Australia does have an Asia problem. Australia is at pitiful levels when it comes to the learning of foreign languages. Many Australians still see Asia merely as a place to fly over on the way to Europe. However, I don’t think  this is the only issue.

I think potentially Asia, too, has a problem with Australia.

While Australia has a positive country brand, polling results suggest that often the countries that are most positively disposed towards Australia are those that are far away. There is potentially a big difference between Australia’s positive self-image and the perception of Australia in some parts of Asia.

So how do Asians perceive Australia?

First, Asians view Australia as rich and prosperous. This is backed by fact: every year since 2011, the UN Human Development Index has placed Australia second in the world after Norway. Australia is in its 24th year of uninterrupted growth. This economic performance gives Australia weight internationally: one of John Howard’s key insights was that national power in the end derives from economic success. As Prime Minister, Julia Gillard explicitly presented Australia’s economic reform as an example to the G20. The only potential negative to this perception is if Australia’s economic success is seen as the result of dumb luck. Graeme Dobell has described how Donald Horne’s The Lucky Country impacted on Asian leaders such as Lee Kuan Yew. Adapting Lee’s words, Australians could be seen as ‘rich white trash’ whose shack happens to sit atop a mountain of iron ore.

Second, some Asians perceive Australia as racist. The legacy of the White Australian Policy and treatment of Indigenous people means that every time racial issues arise in Australia, it triggers a response in the region. There is a feeling that if you scratch beneath the surface, Australians are still racist. We might think this is unfair; that racism is not representative of a modern multicultural Australia. But the perception definitely exists in some quarters. Meg Gurry has shown it’s definitely an issue in relations with India, for example.

Third, many Asians view Australia as subservient to other powers. The main issue here is Australia’s alliance with the US, though having a foreign monarch as head of state probably doesn’t help either. There is a sense that Australia likes great and powerful friends. In some countries, such as Indonesia, there can be a view that Australia is a local branch office of an entity called ‘the West’.

Fourth, there can be a perception that Australia is selfish. We might respond that to some extent everyone is selfish in international affairs, but there are two areas in particular where Australia is being held to account. On aid, two recent rounds of cuts have been noticed and the argument that ‘Australians are doing it tough’ doesn’t cut it among the poor of the region. Australia is well below the international target of 0.7% national income in foreign aid. On climate change, Pacific nations in particular have been pushing for a stronger response. At the Pacific Islands Forum last month, there was pressure on Australia to take more action or its membership would be reconsidered. Australia had the highest per capita greenhouse gas emissions in the world in 2012.

Fifth, some in Asia believe Australians don’t understand relationships because we maintain a focus on the instrumental and transactional. Australians also have an egalitarian ethos which doesn’t always sit well in Asia, where deference is sometimes more welcome. Former ambassador Rawdon Dalrymple has noted that,

Australia’s cultural and social values are among the most un-Asian on earth.

Finally, in some parts of Asia, there is the perception that Australia can be moralistic and hypocritical. Australia can be seen as willing to lecture others on their behaviour: for example whaling in Japan or, in Indonesia, the death penalty and live cattle exports. Australia uses its aid program to promote values such as democracy and rule of law; when Australia’s own record is not stainless, this can be viewed as hypocritical.

I am aware that this is an unflattering portrait: rich, racist, subservient, selfish, transactional and moralistic. And of course it is not a universal view. There are many Asians with positive views of Australia. There are also significant variations between countries: for example, Australia scores much higher on the ‘cuddly koala’ index in Japan than Indonesia. Some other parts of the Asia Pacific don’t have much of a perception of Australia at all.

If, however, you accept that there may be some in Asia who hold some of these perceptions, the question becomes: what should be done about it? There is a range of options.

The first is to simply accept the situation. If some of Australia’s policies are not popular in Asia, that is not necessarily  sufficient reason for change. I recall Australian Institute of International Affairs’ National President John McCarthy saying: ‘If you only do what foreigners’ want, you are effectively outsourcing your foreign policy to other countries’. So, Australia might decide it is perfectly happy with existing policies and willing to live with the implications. For example, I’m unapologetic that Australia promotes good governance and human rights so long as it aspires to meet these standards in its own behaviour. I’m also unapologetic about economic success.

A second response is to view these perceptions as showing an image problem. This would suggest that Australia needs to explain itself better through more effective public diplomacy. For example, Australia can counter perceptions of racism by pointing to its demonstrably multicultural society, or deflect accusations of dumb luck by pointing to its innovative industries. However, public diplomacy can only go so far: you cannot convince overseas audiences of things that are not essentially true. And given the more than decade-long underinvestment in Australia’s diplomacy, there are real limits to Australia’s capacity to promote positive views in Asia. So it is perhaps unrealistic to expect public diplomacy to be the only answer.

A third response might be for Australia to consider whether there is any truth to any of these perceptions and whether all its behaviour reflects its best self. Australia’s actions are noticed in the region. The apology to Indigenous Australians was noticed and was an important part of the successful UN Security Council bid. A move for Australia to become a republic would be noticed. And many of Australia’s middle-power initiatives attract attention, such as the recent work on the small arms trade.

Do Australians want their country to be seen as, in Robert Manne’s words, ‘the developed world’s most comfortable, complacent, privileged, self-absorbed and selfish nation’? If the answer is no, we should think not only about how to fix Australia’s Asia problem, but also Asia’s Australia problem.

This post is based on remarks delivered at the Asialink Leaders Program and first appeared in The Interpreter.