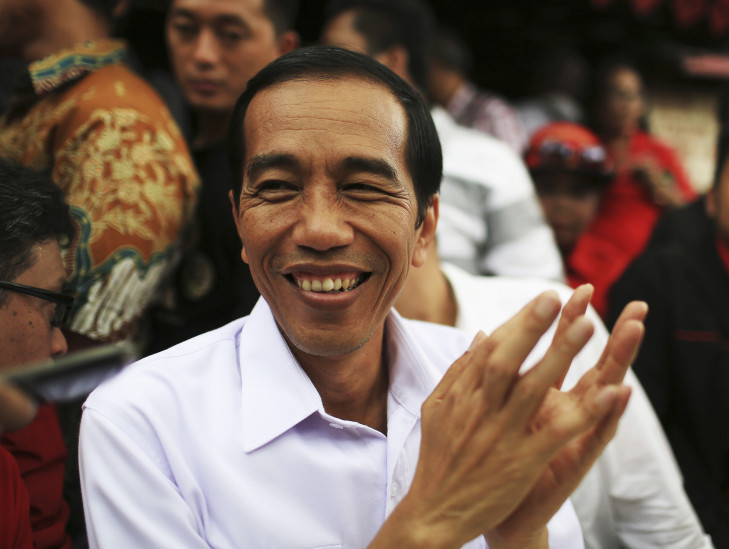 On Jokowi and politics in Indonesia

Participants discussed the current political landscape in Indonesia and the challenges facing President Joko Widodo who is now eight months into his five year term.  Elected on an anti-corruption platform, Ms Sayrief thought Indonesian President Widodo (or Jokowi as he is commonly known) was finding it challenging to meet the public’s very high expectations of him.

According to Mr Witjaksono, Jokowi’s difficulties are related to the fact he was the first Indonesian president unaffiliated with a political party.  This means he did not have a support base within the Indonesian parliament.  As a ‘people’s president‘, Jokowi’s political power was derived from his huge popularity.  The difficulty with this model was that when popularity tumbled (as it had recently), so did his political power.

Ms Sayrief spoke about the prolific use of social media in Indonesia, most notably Twitter and Facebook, and the impact this ‘click activism’ had on Indonesia’s nascent democracy.  Established media in Indonesia had tended to be very Jakarta/Java-centric, while social media could be more representative of the breadth of views across the archipelago.

Ms Sayrief said Australia and Indonesia sometimes had a “love-hate relationship.”  Australia’s engagement with Indonesia often gave the impression it regarded Indonesia as a significant market to be exploited rather than an important bilateral partner.  Australia’s tough immigration rules and visa requirements, for example, led many Indonesians to think Australians were suspicious of Indonesia.

Several participants commented that Australia needed long term leadership that recognised Indonesia as a partner.  Australia couldn’t choose to be part of Asia when it suited it and then not when it didn’t.  Australia needed to identify people who could play such a leadership role in guiding the bilateral the relationship.

A participant said Australians needed to have patience when doing business in Indonesia.  In his experience, Asian businesses tended to have more success in Indonesia as they were better at building local relationships and understanding cultural differences.

Mr Witjaksono said despite Jokowi’s earlier promises to improve the business environment in Indonesia, Jokowi has not made much progress.

On the death penalty

Ms Sayrief said the majority of Indonesians were supportive of the death penalty for convicted drug traffickers.  While Australians might think terrorism was the biggest security problem facing Indonesia, Indonesians were more concerned about the scourge of drugs.