AEF Executive Director, Tim Mayfield, brings to light the importance for us to encourage Australian students to learn a second language in the primary and senior secondary years to remain competitive on the global employment stage. 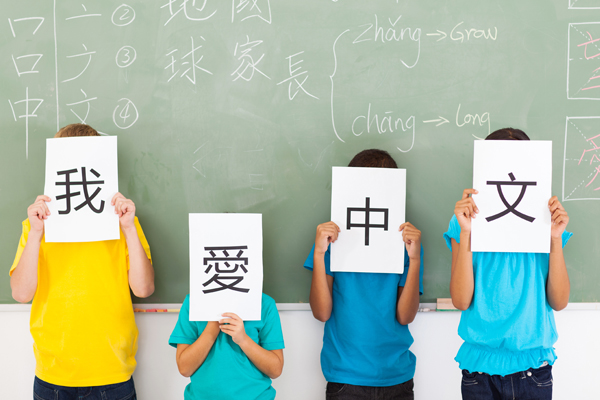 The current focus of concern is the STEM subjects but this is not the only area where Australia is lagging. The fact is that during the recent visit of Chinese Present Li Keqiang, there were only about 130 Australians of non-Chinese background in the entire country that could hold a decent conversation with him in Mandarin.

Australia is not just failing at languages (especially Asian languages), we are failing spectacularly. The percentage of students that study a foreign language in Year 12 in Australia has decreased from 40% in 1960 to around 10% in 2016. This number is inclusive of those who are already native speakers of other languages.

This steep decline has occurred at the same time as trade has flourished in the region with 11 of Australia’s top 15 export markets located in Asia, making up nearly 71 per cent of all exports.

Not only is Australia’s Asian language shortfall costing us now, it is going to be much worse in the future. A recent Foundation for Young Australians report revealed a 181% increase in the proportion of job advertisements over the preceding four years seeking bilingual candidates.

We can be confident that the languages at the top of employers’ shopping lists are those of our major trading partners such as China, Japan and Indonesia.

So what happens when that demand is not filled? Inevitably, Australia’s competitiveness in the Asian region decreases. Whether it be a business that fails to successfully expand its operations into these new markets or a partnership that goes begging, there are real consequences to this national blind-spot.

Clearly something needs to be done.

Much of the debate among academics and policy-makers revolves around whether to better harness Australia’s extensive native capability in languages other than English versus lifting numbers and proficiency among non-native speakers. This does not need to be an either/or proposition.

In the near-term, it is essential that governments and business find a way to match Australia’s latent bilingualism with the skills shortage that is increasingly evident in this area. This will require a change in mentality – from viewing language skills as an afterthought or ‘nice to have’ to an essential requirement.

It does not need to be that hard. With 27 per cent of Australians born overseas, and 19 per cent of us native speakers of a language other than English (6 per cent in an Asian language), there is enormous potential to direct Australia’s multicultural windfall toward improving our languages capability.

Longer-term, an even bigger cultural shift needs to occur - this time on a nation-wide scale. Simply, we must change our collective mind-set around the importance of languages to our continued wealth and prosperity.

The reality is that nearly all young Australians are likely to be working either in highly culturally diverse communities in Australia or in global teams with global clients and markets. Bilingualism is a skill most people will benefit from, something that other countries have recognised for years. That’s why Australia is now lagging at the very back of the OECD pack when it comes to the time our school students spend learning a second language.

We have been coasting for too long on the natural advantages of being a developed nation, proficient in the world’s lingua franca, and with an economy powered by an abundance of natural resources.

That is all changing. As Australia’s economy continues to transition to services, so too do the requirements of our workforce. New opportunities will be driven by evolving skills and possessing a second, third, or even fourth language will be prime among these.

It is therefore a matter of great urgency that governments at all levels get the policy settings right. At the moment, our track record on languages is abysmal. The first step to a solution is admitting there is a problem. The question is who within government and industry will take that stand?

This article originally appeared on the Asia Education Foundation website.