The virus crisis is eroding globalisation, and it’s hard to see the US-China relationship going any way but backwards, says Ralph Cossa of Pacific Forum.

While it’s become commonplace to say that the COVID-19 crisis will lead to a ‘new normal’ in international affairs, it’s not at all clear what that means or indeed what ‘normal’ has been in recent years. Some commentators are seeing the crisis as a ‘game-changer’, but that is far from certain – the tendency once the crisis has past may well be to simply lapse back into old habits and patterns.

Some trends that were already underway will be accelerated. This is so in regard to US-China trade. US business was already turning away from China. Xi Jinping’s policies have been discouraging Americans. China’s business culture is increasingly one in which ‘rule by law’ is prevailing over ‘rule of law,’ and anyway market forces have been working against China - it is becoming more expensive. This trend away from China towards other markets and suppliers is likely to be accentuated as China looks less attractive in the wake of the pandemic and others, like Vietnam, where the business culture at this stage is a lot better, become more attractive. In fact, I have been saying for a while now that ‘China is the present, Vietnam is the future.’

There is an argument to be made that in the commercial world globalisation will be eroded, and it has been in some ways. It is likely for instance that as a result of the pandemic, stock-piling of goods judged to be strategically important will become more common at both the national and business levels, and it is likely that more of these sorts of goods will be manufactured at home rather than imported. But at the end of the day business will go where it’s cheapest, and this is likely to lead to more manufacturing opportunities not just for Vietnam but also for Bangladesh, Indonesia and (for the US) South America as more companies pull out of China.

It’s hard to see the US-China relationship going any way but backwards. This is usually the case in an American election year. This year, with China’s failings more evident and with the pandemic hitting the US so badly, the political class will focus even more on China and in particular the Administration will want to blame China.

As to the future of American foreign policy, a lot depends on the result of November’s Presidential election. Historically it has been said that US foreign policy is defined more by continuity than change, but that rule will not apply this year: the differences between the policies of the two candidates in this election are very different. The pundits are of course making their predictions and many see Trump being re-elected, but this is only April and November is a long way away. 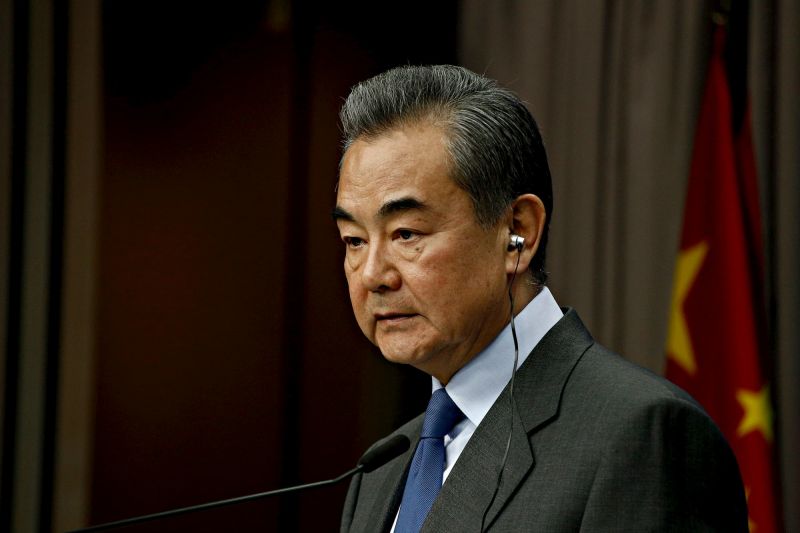 It is important here to understand the context of current US policy making in respect of China. Two distinct views are in play. President Trump sees the relationship almost exclusively in economic terms, transactionally, and seeks instant gratification from it. It doesn’t matter to him that the ruling party in China is Communist. Secretary Pompeo on the other hand takes an ideological view: his concern is no longer just about China’s behaviour, it is much more about the fact that the regime is Communist. Reflecting this, US embassies have been instructed to stress in all their dealings with their hosts that China is being ruled by a Communist Party. This can turn a struggle for influence into a new ideological Cold War with little opportunity for compromise or cooperation.

Some of China’s diplomacy has been effective as the crisis has developed, extending as it has as far afield as Europe, Africa and the South Pacific. But it is also being seen for what it is – an attempt to offset the cost of China’s early failings as the pandemic developed. In addition, some of what China has done has not gone well - for example, ventilators that didn’t work in the UK. And of course the claim that the US military brought the virus to Hubei was not only silly in itself but triggered a ‘blame game’ from which no one is benefiting.

While it is too early to pick ‘winners’ and ‘losers’ among those responding to the pandemic, it is worth noting that Taiwan has done well in managing the crisis – and as a result its stocks have improved further in Washington. The Moon Administration in South Korea is also seen to have done well, which has already paid dividends domestically. Japan is now facing a second wave, but will probably emerge quite well. ASEAN has been a useful ‘club’ with some notable economic achievements over the years, but it has offered nothing in this particular crisis. There has been no ‘ASEAN response’ to the pandemic; each country has acted on its own.

As to multilateral institutions generally, there is a continuing need for bodies like the WHO, but the COVID-19 crisis has been a timely reminder that many of them—especially the WHO—need serious reform. The extent to which the US plays a part in this will depend, again, on what happens in November.

Ralph A. Cossa is President Emeritus and WSD-Handa Chair in Peace Studies, Pacific Forum. He sits on the boards of numerous foreign relations organizations throughout the Asia-Pacific region. As a recognized expert on U.S./Asia-Pacific foreign relations and policy, he is a regular participant in conferences for political, economic, military, and business leaders in countries around the world.