Australia’s messy exit from Kabul is likely to be recorded in history as a moment of national ignominy. John McCarthy argues that in the manner of our leaving we lost both credibility of leadership and ‘capacity to argue from the high ground’.

As the last western aircraft are sucked into the sky above Kabul airport — a ravaged monument to what might have been — thoughts here should turn to where the West’s latest failed Afghan adventure leaves Australia.

First, the collapse of Kabul should mark the end of Australian military involvement in West Asia - where since the Gulf War we have been part of a continuum of events driven principally by American interests. These in turn have derived from the imperatives of revenge, strategic influence, oil, terror, and ideology.

While Australia’s cited reasons for involvement in West Asia have covered all these imperatives, the most convincing has been alliance dues to the United States.

Since the Americans have lost their own appetite for military involvement in that region, there is little left for us to do there.

But it is not the end of the affair.

Let us not seek solace from President Biden’s remark that the West’s departure from Afghanistan gives it some sort of automatic infusion of political energy to deal more comprehensively with China.

While Australia may now largely be off the hook in West Asia, try telling the big beasts – China, Russia, India, to say nothing of Iran, Turkey and Pakistan and the more powerful Europeans, that the Great Game is over! Try telling the warring Islamist groups to stop it. West Asia has always counted.

In fact, the bomb blast by ISIS-K against both Taliban and United States targets suggests the complex internecine Islamist feuding and its anti-western targeting will be around for a while yet.

A resurgence in Islamist activity could impact the region and the west as did ISIS a few years ago, and could revive the discomfort posed by belligerent Islam to our friends in the region such as Indonesia and the Philippines.

Second, the adverse reputational impact of the Kabul exodus on the United States will be serious but not necessarily straightforward.

The attack on Congress in January this year confirmed the monstrosity of the Trump tribe and the depth of the malady within the American polity – demonstrating the paucity of America’s power of example. 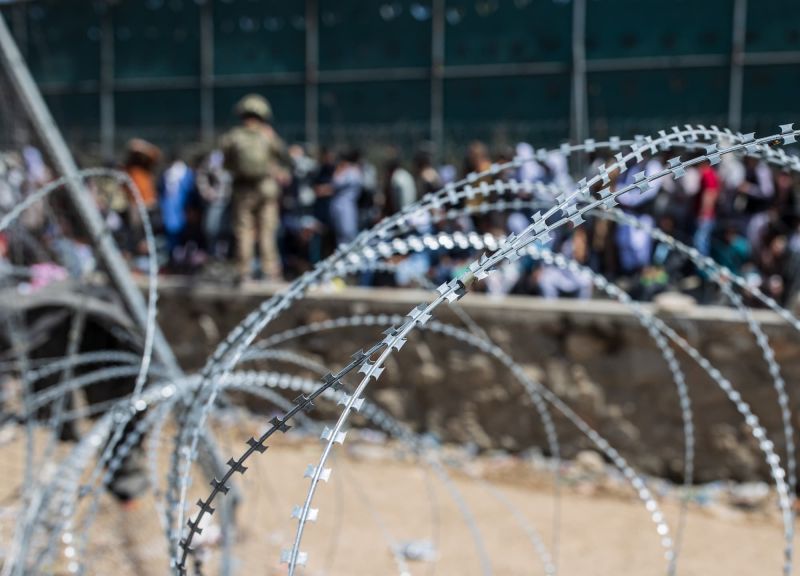 The Fall of Kabul is of a different order. For most of us, it did not drag down the qualities of American society. But like the fall of Saigon — and to a lesser extent the Tehran hostage crisis — it has raised questions about American strategic sagacity and national competence.

These questions will be telling as the United States seeks to maintain its influence in West Asia and counter Chinese pressures in the Indo-Pacific, particularly in the competitive crossroads of Southeast Asia.

It would, however, be a mistake for Australia and its neighbours to interpret severe strategic setbacks and current reputational damage to the United States as automatically leading to its longer term strategic degeneration. That could happen, but need not.

For example, the seventies were a bad decade for America. Yet the following ten years saw the diminution and then the end of the Cold War, the collapse of the Soviet empire, and the growth of a workable, if unglamourous, system of Asia-Pacific regional architecture.

Times change. China is a more formidable rival than the Soviet Union and America has spent much of its wealth. But even major geopolitical errors do not always spell out the future of empires.

None of the western allies deserve credit for their management of a limited evacuation of their citizens and Afghan employees from Kabul. The difference in performance between Australia and most of its allies is that the latter tried a great deal harder.

Western governments have been on notice since April of the dangers of the precipitate collapse of major Afghan cities. Some, like the British and Canadians, tried to do something about it. We could all remember Saigon. Australia dragged its heels taking refuge in the arcane pettifoggery of a Dickens novel — ignoring the views of those who understood what was happening on the ground.

In demonstrating this attitude, just as Australia showed a disinclination to bring Australians back from India and Indonesia during crucial periods of their COVID-19 crises, we showed scant generosity of spirit. The latter is not always a central element of statecraft. But it can become so when we are seeking to suggest — even in these unhappy times — that our global approaches deserve respect.

In recent months we have lost our capacity to argue from the high ground. Sadly, we are no longer a leader, but have become something paltry and second rate.