As pro-democracy protests in Myanmar turn lethal, Jusuf Wanandi of the Centre for Strategic and International Studies in Jakarta urges big powers outside the region to step aside and let the parties inside the country decide – if necessary with help from ASEAN.

During ASEAN’s establishment in 1967, its founding fathers envisioned a regional institution of 10 countries in Southeast Asia. They were aware of the strategic limitations of the time and, realistically, started with five countries: Indonesia, Malaysia, the Philippines, Singapore and Thailand. But the plan had been set. A membership of 10 countries would make ASEAN complete and would represent the whole of Southeast Asia.

After the Cold War, the three countries of Indochina were invited to join. This began with Vietnam, which became an exemplary new member, paving the way for Cambodia and Laos to join ASEAN later.

That left Myanmar, which after a period of transition under prime minister Thein Sein, completed the circle of 10.

ASEAN was intended to be a big enough group to have a real presence in East Asia and to be able to withstand pressure from any large power. Now, ASEAN has 700 million people and is collectively the fourth-biggest economy in the world, after China, the United States and India, with a growth rate of 6 percent annually.

The regional institution is strategically important to all of its members.

Myanmar’s membership is a critical part of ASEAN. During Indonesia’s revolution against the Dutch from 1945 to 1950, Myanmar assisted and supported the Indonesian struggle for independence through both logistics and diplomacy. This should not be forgotten by the Indonesian people and is the reason why Indonesia will continue to support Myanmar’s needs and interests.

The two countries have had similarities in their political development. In both countries, the military was in power quite for some time and was the main force in the struggle for independence.

Centre for Strategic and International Studies (CSIS) Indonesia has cooperated with Myanmar in many ways, at least in the last 25 years. Under the military, we held several conferences in Yangon, exchanging ideas and information on many issues, including strategic developments in East Asia, ASEAN, the transfer of authority from a military regime to civilian authority, the 2008 financial crisis and the economy.

CSIS helped arrange discussions on the transition from military to civilian rule. For one discussion we invited three generals — from Indonesia, Thailand and the Philippines — to share their countries’ experiences, and we discussed how change was generally not easy but was necessary in the longer term. 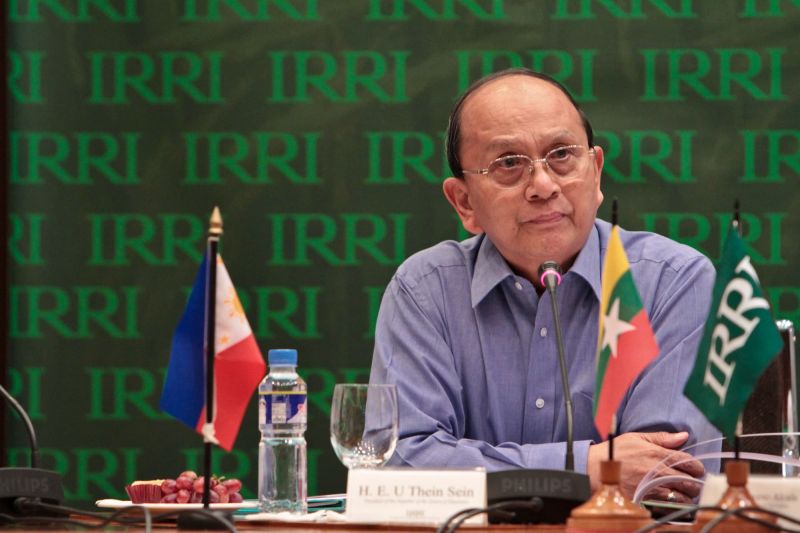 We planned these conferences as a means to open Myanmar’s leaders’ perspectives to new developments in the region and the world and to allow them to adjust to those developments once Myanmar opened up. In this, we cooperated with the Japan Centre for International Exchange (JCIE). CSIS also organized two meetings during the Thein Sein transition period with various societal groups and the military.

The last visit and conference was held in 2014, during which we expressed hope that Myanmar would continue its positive developments. We also discussed developments within Indonesia, its political and economic situation and the role of the military in the new set-up after Soeharto. The conference was well attended by civilian and military leaders from both sides.

With the two countries’ close historical backgrounds, Indonesia is concerned about the latest developments in Myanmar. It is Indonesia’s view that, along with other ASEAN members, we should assist and support a compromise in Myanmar between the two opposing sides. The most important thing is that there must first be restraint from both sides, and violence must not be allowed to occur. The 20 deaths, as they stand now, are already too many. The means of achieving a compromise will be mainly decided by the two parties in Myanmar, while other ASEAN members will support them. Let other big powers outside ASEAN stand aside first and let the parties themselves decide, with help from ASEAN if needed.

Indonesia thinks internal forces should take the lead, and ASEAN will be on standby in case they need interlocutors. With experience handling the Nargis cyclone of 2008 and the Rohingya issue, ASEAN stands by Myanmar in emergencies. ASEAN now has infrastructure in the country in the form of the ASEAN Humanitarian Agency (AHA).

Despite rumors that appear to undercut Indonesia’s support for Myanmar, our long history shows that Indonesia only has the interests of Myanmar at heart. We would like to see peace and stability restored as quickly as possible in Myanmar so that the country can move back to focusing on development.

Jusuf Wanandi is Vice Chair, Board of Trustees at the CSIS Foundation.

This article originally appeared in the Jakarta Post on March 3, 2021.