This year the United Nations marked the 50th anniversary of the entry into force of the Nuclear Nonproliferation Treaty (NPT). But, as Professor Emeritus Ramesh Thakur, a renowned expert on nuclear control regimes, notes there is little to celebrate and even less to be optimistic about as the risks of nuclear war persist, especially in the Indo-Pacific. Some bold new thinking is required.

The Cold War-era weapons governance structures are no longer fit for purpose. In contemporary geopolitics, what were once nuclear dyads have become nuclear chains.

The geostrategic environment of the China–India–Pakistan relationship is a case in point. This nuclear triad had no parallel in the Cold War, with shared borders, major territorial disputes, and history of many wars between them since 1947. In an increasingly polycentric global order, the current nuclear arms control structure, built on the idea that disarmament can be managed via trade-offs between pairs of states, or dyads, neither regulates nor constrains the choices of other nuclear-armed states.

Following decades of an essentially North Atlantic bipolar nuclear landscape, we now face a much more complex era focused equally on the Indo–Pacific, involving multiple balances and vastly varying degrees of competence with built-in potential for strategic surprises. New technologies such as cyberwarfare, space-based dual use systems and autonomous weapons systems using artificial intelligence are introducing fresh instabilities in power relationships. These growing risks point to the urgent need to institutionalise a nuclear restraint regime fit for purpose in the Indo–Pacific.

In a Harvard University study of China–India strategic postures, Frank O’Donnell and Alexander K. Bollfrass suggest that “India has under-appreciated conventional advantages that reduce its vulnerability to Chinese threats and attacks.” This gives it “an opportunity for leadership in international efforts toward nuclear transparency and restraint.” Of the three, only China is party to the 1968 Nuclear Non-proliferation Treaty (NPT) and a signatory to the 1996 Comprehensive Nuclear Test-Ban Treaty (CTBT). While China is yet to ratify the CTBT, India and Pakistan have refused to sign both the NPT and the CTBT, ensuring that the cornerstone of the global nuclear order cannot regulate their nuclear policies. Hence the need for alternative mechanisms for restraining their nuclear arsenals, doctrines and postures. Drawing on a recent policy brief, I discuss the potential for them to adopt a no-first-use (NFU) policy, an open skies treaty, and an incidents at sea agreement as confidence builders.

China and India are the only two of the nine nuclear-armed states committed to no first use. Both envisage the role of nuclear weapons primarily as political: preventing nuclear blackmail. They do not see them in a military context – that is, fighting a nuclear war. Both deter an adversary’s use of nuclear weapons by assured second-strike retaliatory capability to cause unacceptable damage. Accordingly, both have invested in ensuring the survivability of their respective nuclear arsenals and command-and-control infrastructure. They face different threats and China neither acknowledges nor accepts India as a nuclear-armed state. Nevertheless, the similarity in nuclear philosophy adds ballast to strategic stability between them.

China’s NFU policy is a logical corollary of its concept of “limited deterrence.” In its official doctrine, reiterated in the 2019 defence white paper, China pledges it will never be the first to use nuclear weapons. Its operational plans do not call for the first use of nuclear weapons, nor even the threat of first use. To guard against inadvertent or unauthorised use, warheads are kept off alert and stored separately from delivery systems.

The core elements of India’s nuclear doctrine, with an emphasis on responsibility and restraint, were adopted in 1999. They include a credible minimum deterrent and unilateral promises of no use of nuclear weapons against non-nuclear states, and no first use against nuclear adversaries.

The NFU policy is under strain in both countries. The transformation of the bilateral China–US relationship, from strategic engagement to confrontation, could erode the foundations of China’s policy of nuclear restraint that has held numbers of warheads to a very low level. In India’s case, in the context of military clashes with Pakistan—which has a first use policy to deter attack by the more powerful India—Defence Minister Rajnath Singh tweeted in 2019 that the NFU policy could be shelved in unspecified future circumstances. However, giving credence to these calls for change rests on a fallacious interpretation of the politics of India’s NFU and Singh never instituted an internal review of the doctrine. 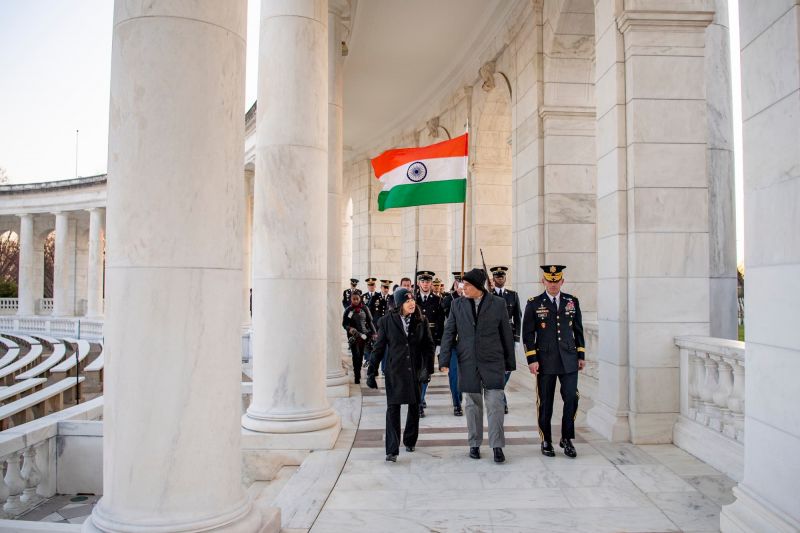 In addition to its profound symbolic value, NFU has significant practical implications. It encourages a shift away from high-risk nuclear doctrines, force postures and deployments. It facilitates de-alerting, de-mating missiles from delivery systems and de-targeting, which significantly lower the prospects of accidental and unauthorised use. NFU also avoids the need to develop and deploy tactical nuclear weapons as weapons of first-use and permits greater response time for cross-checking the incoming threat information.

Deterrence stability is fragile. It requires all decision makers with fingers on every nuclear button to be rational plus the total and permanent absence of rogue launches, human-error incidents or system malfunction. Good luck with that.

Despite casualties in the China–India clash in June 2020, the two countries refrained from the use of nuclear rhetoric. Their reticence is at least partly attributable to NFU policy. This first demonstration of the practical utility of the NFU-centric nuclear restraint deserves wider international study to inject much needed strategic sanity in the world.

While the North Atlantic could learn from China’s and India’s NFU policy, the Asian nuclear-armed countries should explore the possible relevance to their nuclear chain of two mechanisms developed for the North Atlantic.

On 21 May, the US withdrew from the 1992 Open Skies Treaty. The treaty had its origins in a bold proposal from President Dwight D. Eisenhower in 1955. Moscow rejected the idea then but, with the end of the Cold War, President George H. W. Bush revived it as an effective way to verify the limits on military forces under the 1990 Conventional Forces in Europe agreement. The post-Soviet government was amenable and the Open Skies Treaty was signed on 24 March 1992 and entered into force on 1 January 2002. By 2020 it had 35 States Parties.

The treaty authorised around 1,500 missions over its lifespan, including more than 500 flights over Russia as the most overflown and best-monitored country. Scheduled on short notice, the flights provided photographic evidence of major military equipment and movements across Europe. Overflights were closely monitored on their numbers, conditions and timing of flights, and the technical capabilities of the surveillance equipment. The treaty was both a symbol of political engagement and a practical contribution to confidence building and risk reduction, with every flight muting anxiety about surprise attack. 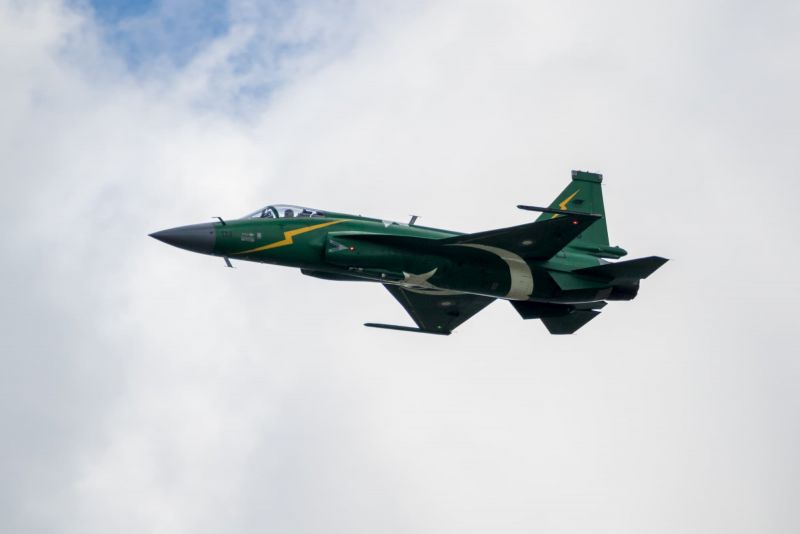 Pakistan, along with India, has refused to sign both the NPT and the CTBT, ensuring that the cornerstone of the global nuclear order cannot regulate their nuclear policies. Image credit: VanderWolf Images, Shutterstock.

There is scope for two mutually reinforcing bilateral agreements between India and Pakistan, and China and India; or even a trilateral agreement among all three. Aerial observation of the borders on the two lines of control, from Arunachal Pradesh via Aksai Chin, Ladakh and Kashmir, to the Arabian Sea, could help secure the boundaries, detect incursions and prevent infiltration. Early detection of a security incursion, as would have occurred in the Galwan region in the spring and early summer of 2020, could raise the threshold for any military-nuclear response and give diplomacy more of a pre-emptive head start.

In the late 1960s, the US and Soviet navies were involved in several close incidents involving ships and aircraft that could have escalated out of control. To reduce such risks, the Incidents at Sea Agreement was signed on 25 May 1972. Among other things, it calls on both sides to take steps to avoid collision, avoid manoeuvres in areas of heavy sea traffic, conduct surveillance from a safe distance in order not to provoke or endanger ships under surveillance, inform vessels when submarines are exercising near them, and avoid simulated attacks against aircraft or ships of the other side.

Like other CBMs, the agreement did not directly affect the size, weaponry or force structure of the parties. Rather, the functional navy-to-navy process enhanced mutual knowledge and understanding of military activities; reduced the possibility of conflict by accident, miscalculation or lack of communication; and increased stability in times of both calm and crisis. These general principles, not the specific provisions of the agreement, would be the key considerations in adapting them to the China–India–Pakistan equation.

A tense international security environment amidst heightened geopolitical tensions, irresponsible statements from the leaders of some nuclear-armed countries, proliferation of nuclear weapons to countries like North Korea, and potentially Iran, expansion of roles envisaged for them in updated nuclear doctrines, emergence of new technologies, and a crumbling arms control architecture, have all increased the risk of accidental or deliberate use of nuclear weapons. The risks are particularly acute in the Indo–Pacific because of the lack of arms control agreements and no history of practical confidence-building arrangements. Arms control measures are easier to initiate when the political atmosphere is favourable, but the need for them is even more critical when the political atmosphere is tense.

Nuclear disarmament remains an over-the-horizon prospect, however desirable it might be as a goal and however compelling the logic in its favour. In the meantime, there is an urgent need to institute additional safeguards against the intensified risks of accidental, unauthorised or threshold-crossing armed skirmishes tipping Asia and the world into the launch of nuclear weapons. The three sets of CBMs and risk reduction agreements proposed here would reshape relations between China, India and Pakistan. The institutionalisation of these arrangements and practices in a nuclear restraint regime could also help to consolidate both crisis and arms race stability measures at the global level.

Ramesh Thakur is emeritus professor in the Crawford School of Public Policy, Australian National University; Senior Fellow, Toda Peace Institute; and a member of the Asia-Pacific Leadership Network Board of Directors. He was formerly a United Nations Assistant Secretary-General and Co-Convenor of the APLN.

This is an extract from a longer Policy Brief published jointly by the Asia–Pacific Leadership Network and the Toda Peace Institute. The full article can be found here.