When it comes to press freedom in Asia, the ‘new normal’ increasingly looks a lot like the past. Veteran correspondent and journalism professor, Keith B. Richburg, surveys the state of the media in the region and finds a familiar picture – the return of tactics used in a previous era of authoritarian regimes to control the message.

By almost every measure, press freedom in East Asia has suffered a depressing erosion lately.

Professional journalists and citizen bloggers have been jailed or slapped with costly defamation suits. Media outlets have had their operating licenses threatened or revoked. Cybersecurity and “fake news” laws have given autocrats a new cudgel to crack down on reporting they dislike. Journalists and bloggers trying to provide information about the coronavirus pandemic have been threatened and jailed. And countries are increasingly weaponising the visa process to keep out or kick out prying foreign correspondents.

But as dramatic as this rollback of press freedom has been, in East Asia—particularly Southeast Asia—this is really just a reversion to the mean.

For decades, this region has been inhospitable terrain for the press. Independent journalists have long been viewed with suspicion or outright hostility.

Local journalists for many decades have been straitjacketed with a range of restrictions and governmental “red lines”—topics off-limits to coverage—with many reporters choosing to exercise self-censorship to avoid transgressions. Much of the Asian media was state-owned, meaning they could only report the official government line.

For the relatively compact corps of foreign correspondents traversing the region, covering East Asia meant navigating a patchwork of visa requirements and work permits, internal travel restrictions, rejections, revocations and, occasionally, expulsions. I know; for two years, from 1987 until 1989, I was banned from Indonesia for a single line in an article that went against the Suharto regime’s historical narrative of how it took power. I was blacklisted from Myanmar for years after interviewing Aung San Suu Kyi in 1989.

In the 1980s and ‘90s, Myanmar and Laos remained among the least covered countries in the world by the foreign press because of their stinginess in granting visas to journalists. Other countries like Vietnam and Cambodia only allowed in a large number of foreign reporters for grandiose staged events. Reporters on individual trips were assigned “guides” to monitor their movements. Some forward-looking guides were actually helpful, and would turn a blind eye if you slipped away from your assigned hotel to interview a dissident who was officially off limits to see. But they were the exceptions.

The media environment slowly started to change as more and more countries became inspired by the 1986 “People Power” revolution in the Philippines that toppled the dictatorship of Ferdinand Marcos, and by democratic openings in South Korea and Taiwan. But the larger impetus was the 1997 Asian economic crisis that collapsed living standards across Asia and forced a new democratic reckoning — “reformasi” in Indonesia, and a new “people’s constitution” in Thailand that promised to limit the role of the military and the old corrupt provincial elite.

Some argued that the democratising trend in East Asia at the turn of the century was “an inevitability,” in the words of Douglas Paal, president of the Asia Pacific Policy Center in Washington, in 1997. It was the result of a more educated and affluent middle class, globalisation, the growth of information technology, and the pressure of foreign aid donors.

“More and more Asians (are) now choosing their own leaders, throwing out old ones, forming labor unions and advocacy groups outside of government control and publicly clamoring for more democratic rights,” The Washington Post wrote in a December, 1997 article. “Just as democracy swept through Latin America and the former Communist-run states of Eastern Europe at the end of the Cold War, East Asia, too, is in the midst of what many here are calling a slow but steady move toward more pluralism and openness.”

I recognize those words because I wrote them.

It seemed then an accurate reflection of the times. The democratic optimism was swiftly followed by the explosion of the internet in East Asia. Social media, new online media outlets and “citizen journalists” began challenging the state-run media monopoly on information, giving a voice to the voiceless.

The trend even spread to China. In 2009, when I landed in Beijing as a correspondent for The Washington Post, China was in the midst of a still-new, largely unregulated online revolution. Citizen journalists, microbloggers and online activists were exposing official corruption, highlighting problems like food safety, child kidnapping and illegal land grabs. They were holding the Communist authorities accountable. And, for the first time, ordinary people had a way to talk back to—and criticise—their leaders. “China’s bloggers are taking risks and pushing for change, one click at a time,” was the headline of a piece I wrote in 2012 analysing the impact of this new online activism. In addition, Chinese traditional media outlets like Caixin magazine and Southern Weekly in Guangzhou were pushing the boundaries with hard-hitting investigative reporting.

But when Xi Jinping ascended to power in late 2012, he set about reining in the online space. New regulations and were restrictions were imposed. Journalists were told that their job was to conform to the party line and follow the “correct political direction.” The anonymity that allowed free speech to flourish online was crushed with new “real name” registration rules. Internet celebrities with large followings, the so-called “Big V’s”, were harassed and some arrested. Bloggers and citizen journalists were jailed. The once freewheeling internet conversation on Weibo, or Chinese Twitter, soon halted.

A new national security law imposed by Beijing on Hong Kong on 1 July this year now threatens to stifle the local media in the former British colony, or at the very least create a climate of fear that will likely lead to more self-censorship. The new law calls for more “supervision” of the media, gives the police unlimited surveillance powers, and could force journalists to turn over their notes and data during national security investigations.

China’s crackdown on the internet was actually a harbinger of the ossifying of nascent democratic trends elsewhere in the region. Where in the late ‘90s and early 2000’s, democracy seemed on an irreversible march across East Asia, the past few years have seen a return to old-style authoritarianism. And a key casualty has been the region’s newfound press freedoms.

Indonesia, after the fall of the Suharto “New Order” regime in 1998, saw a flourishing of the local press, and a relaxation of the visa restrictions and “blacklists” that saw me banned for two years. But now under President Joko Widodo, the visa is again being weaponised. American journalist, Philip Jacobson, who exposed environmental damage and corruption, was arrested and deported, supposedly for violating the terms of his visa. Journalists have been barred from reporting on Papua. Islamic groups threaten to have reporters jailed under the country’s strict laws against blasphemy.

An independent media did flourish in the Philippines for a time after the fall of Marcos. But a gun-heavy place long known for violence against journalists, it holds the record for the biggest mass killing of media workers in history—32 of them—at Maguindanao, a southern province, in 2009.

Beyond the bloodshed, the law has proved an effective weapon against the press under the authoritarian President Rodrigo Duterte. Maria Ressa, the founder of the scrappy online investigative news site Rappler, was convicted of “cyberlibel” and faces seven years in prison, and she still is grappling with multiple tax charges, in what is widely seen as official retribution for the site’s critical reporting on Duterte. 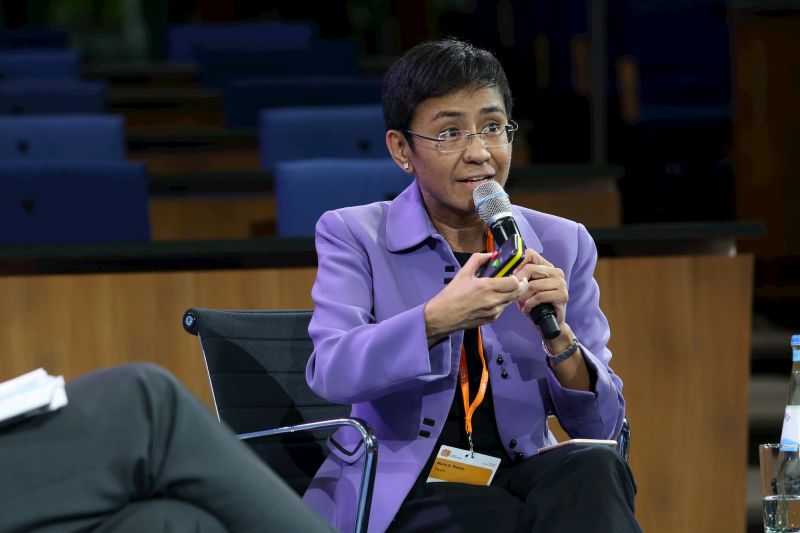 One of the Philippines' largest and most respected television networks, ABS-CBN, had its broadcasting license revoked, in a case also considered punishment for its reporting on the thin-skinned president.

Myanmar appeared a bright spot, following the country’s transition from years of military dictatorship that culminated in free parliamentary elections in 2015. New media outlets flourished during the transition. But Myanmar reverted back to its darker past as journalists were jailed under draconian “state secrets” laws, including two Reuters reporters imprisoned for more than 500 days for covering the military’s persecution of the Rohingya minority in Rakhine state.

Thailand also saw a reversion to coups and a military-dominated regime, after a brief dalliance with democracy. Journalists have been jailed under the country’s sweeping “cybersecurity” law, and the media mutes any criticism of the Thai king because of strict lèse-majesté laws that can lead to a 15-year prison sentence. Strict criminal defamation laws also are used to harass reporters.

Cambodia has always been inhospitable to journalists, although there was a brief flourishing of the press after the end of the civil war and the establishment of a quasi-democracy in the 1990s. Newly established outlets like the Phnom Penh Post and the Cambodia Daily provided critical, in-depth coverage. But Prime Minister Hun Sen, who has uses his own Facebook page to deride what he considers “fake news,” has forced the shutdown of dozens of radio stations, the closure of the Cambodia Daily and the sale of the Phnom Penh Post to a friendly Malaysian businessman.

Malaysia was deemed to have turned a corner after the May 2018 election that ended the decades-long rule of the nativist United Malays National Organisation (UMNO) and restored nonagenarian Mahathir Mohamed to power. But Malaysia also has backslid, with Steven Gan, the editor-in-chief of the feisty new digital site Malaysiakini, facing contempt of court charges because of reader comments on the site that criticised the judiciary. Separately, Malaysian police investigated journalists from the South China Morning Post and Al Jazeera, for reporting on the plight of migrant workers during the COVID-19 lockdown. Reporters Without Borders ranks 180 countries on its 2020 “Press Freedom Index,” and in the Asia-Pacific region, only New Zealand ranks in the top ten. Australia comes in at 26, and the next Asian countries are South Korea and Taiwan, at 42 and 43 respectively. The 10 countries of Southeast Asia only begin to appear at number 136, with the Philippines, and ends with Vietnam at 175 and China at 177, above only Eritrea, Turkmenistan and North Korea.

An independent and unshackled press, able to work unimpeded and without fear, is a pillar of democratic society, and what is clear is that as democracy has receded in Asia, so too has press freedom. For a while, there was the belief that Asia was entering a new more democratic era, and that the internet would become a catalyst for more openness and freedom.

It seems Asia’s supposed move toward democracy was largely ephemeral. Old authoritarian states are reverting to type. As is often the case in the region, the more things change, the more they stay the same.

Keith B. Richburg, director of the Journalism and Media Studies Centre at the University of Hong Kong, spent more than 20 years overseas for the Washington Post, serving as bureau chief in Beijing, Hong Kong, Jakarta, Manila, Nairobi and Paris, as well as New York City. He also was the Post’s foreign editor from 2005 to 2007.