Hong Kong has a new ‘Party Secretary’, a new all-powerful government agency, and a new basis to charge the opposition as terrorists. The National Security Law effectively replicates in Hong Kong the same Party and government structure that exists in the rest of China, writes Hong Kong-based lawyer and writer Antony Dapiran – and the implications are profound.

Hong Kong’s transition from 30 June to 1 July in 1997 was a largely seamless one. After all the pomp of the handover ceremony from British to Chinese sovereignty, the following morning the people of Hong Kong dusted off their hangovers and everyday life continued as normal.

The same could not be said of the transition that occurred from 30 June to 1 July this year. One hour before midnight the new Law of the People’s Republic of China on Safeguarding National Security in the Hong Kong Special Administrative Region came into force. At that moment, Hong Kong as we knew it permanently changed.

Nerves were already on edge in anticipation of the new law. In the day leading up to its enactment, political parties and NGOs were dissolved, Hong Kongers purged or deleted their social media accounts, activist chat groups closed down, and pro-democracy businesses tore down posters and leaflets bearing protest slogans.

When the law was finally revealed that night, only an hour before it was due to take effect, its scope was wider than anyone had feared. And at a protest the following day, people learned of the terrifying change that had suddenly swept over Hong Kong, when police unveiled a new purple warning banner and displayed it to the crowd:

“You are displaying flags or banners / chanting slogans / or conducting yourselves with an intent such as secession or subversion, which may constitute offences under the 'HKSAR National Security Law'. You may be arrested and prosecuted.”

Police followed through on their threat. The first person arrested under the new law on 1 July was a man found to be in possession of a flag bearing the slogan “Hong Kong Independence”. Further arrests were made of young women displaying stickers with various anti-government and pro-independence slogans. A Hong Kong government statement a few days later declared that the popular protest slogan, “Liberate Hong Kong, Revolution of our Times!”, connotes secession or subversion and would be considered in breach of the law. 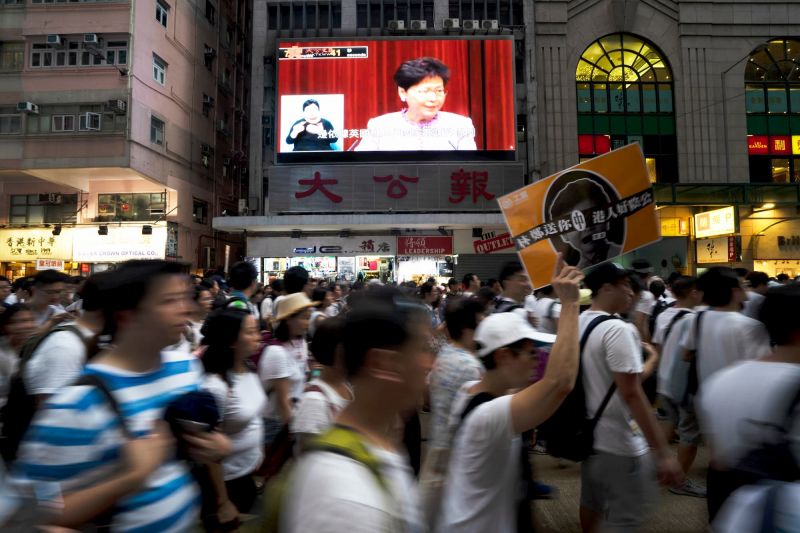 The National Security Law creates four new criminal offences under the broad categories of: secession, subversion, terrorism and collusion with foreign forces. The offences are vaguely drafted and have broad scope. The latter offence covers anyone conspiring with a foreign country, organisation or individual to, among other things, “provoke hatred” among Hong Kong people towards the local or central governments. All of the offences carry penalties of up to life imprisonment. In addition, the law covers anyone inciting, aiding or abetting the above offences. It is that offence of “inciting” secession or subversion that emboldened police to make those arrests targeting basic acts of political speech.

However, it is the terrorism offence that is the most alarming. That section of the law takes what are ordinary criminal acts – vandalism, criminal damage, arson, assault – all of which were adequately and reasonably addressed by Hong Kong’s existing laws, and defines them as “terrorism” if the perpetrators have any kind of “political agenda”. The law appears to have been specifically crafted to cover many of the actions taken by protesters during the protests of the last twelve months: throwing petrol bombs, vandalising MTR stations and cutting traffic lights would all now constitute terrorism. A man who inadvertently crashed his motorbike into a line of police officers on 1 July was flying a “Liberate Hong Kong” flag: that gave police sufficient grounds to argue that he was pursuing a political agenda, and to charge him with terrorism offences under the new law.

Thus defined, the law then goes on to criminalise any act that supports “terrorists”, including providing perpetrators with information, funds, supplies, transport or facilities. This would capture many of the actions taken by moderate (often professional, middle-class) supporters of the protests last year, such as donating equipment or funds, sheltering protesters from police, and driving protesters home from protests.

The law also appears to have been crafted specifically to target the territory’s pro-democracy politicians. Filibusters or protest actions undertaken inside the legislative chamber—common tactics of Hong Kong’s opposition political parties—are now likely to constitute the crime of subversion, as are any occupation-style protests intended to blockade government facilities. Pro-democracy legislators have been at the front lines of such protests in the past.

The other surprise contained in the National Security Law is its extraterritorial reach: the law applies to offences committed by anyone, regardless of location. This provision has been read as a threat to critics of the Chinese government anywhere in the world: if you engage in acts such as advocating for Hong Kong, Tibetan or Taiwanese independence, or the overthrow of the Communist Party, you have breached the National Security Law. Activists and dissidents will no longer be safe traveling to Hong Kong, or indeed to any country friendly to China that has an extradition arrangement with Hong Kong. Several nations—including Australia, the UK, the US and Canada—have suspended their extradition agreements with Hong Kong as a result.

This extraterritoriality, together with the focus in the law on “foreign interference”, has alarming implications for international engagement with Hong Kong. Foreign media organisations are already rethinking their presence in the city, with the New York Times announcing that it will relocate its Asian digital news operations from Hong Kong to Seoul. International academic exchanges are also under threat, as academics whose work may, even indirectly, be critical of Chinese government policy, are now wary of setting foot in the city.

Foreign businesses who think they are immune from politics also need to think again. Politics is now a feature of doing business in Hong Kong, as HSBC learned when they were forced, in the face of a public social media shakedown by former Chief Executive C.Y. Leung, to make public statements in support of the National Security Law. Demands for similar displays of loyalty will continue in exchange for market access. This may place companies in a difficult position in their home markets, as HSBC subsequently found when major shareholder, insurance company Aviva, criticised the bank: “If companies make political statements, they must accept the corporate responsibilities that follow.” Companies whose home governments are experiencing a rough patch in their relationship with China also will find their Hong Kong businesses, and the security of their staff, just as much at risk in Hong Kong as they would be in the Mainland.

Beyond creating four new criminal offences, the National Security Law is a deep intervention in the fundamental governing structure of Hong Kong. The law remakes whole sections of the Hong Kong government, by creating new departments for national security in the Hong Kong Police Force and the Department of Justice public prosecutors’ offices.

The law also establishes a new Hong Kong government agency, the Committee for Safeguarding National Security, which will comprise the chief executive, key ministers and representatives from the uniformed services. The National Security Law provides that the Committee will operate in secret, and its decisions will not be subject to judicial review. Beijing will appoint a “national security advisor” to the Committee, marking the first time that a Beijing-appointed commissar is inserted directly into the ranks of a Hong Kong government agency. Mr. Luo Huining, the incumbent director of the Central Government Liaison Office and Beijing’s top representative in Hong Kong, has been appointed the inaugural national security advisor, and will undoubtedly be the most influential voice in the room. This is not just any agency: this will be the single most powerful agency in the Hong Kong government, with power to formulate policy and intervene in the work of all other arms of government, the education system and broader society.

It is not an exaggeration to state that Luo has become the Party Secretary for Hong Kong. The National Security Law effectively replicates in Hong Kong the same parallel Party-government structure that exists throughout the rest of China, integrating Hong Kong completely into the Chinese Party-State. This is the most profound change wrought by the National Security Law. It is for this reason that 1 July 2020, rather than 1997, may come to be seen as the “real” handover of Hong Kong. 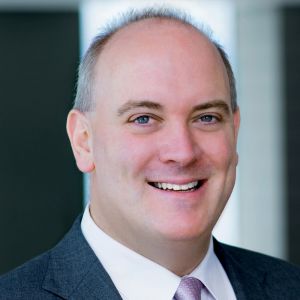 Antony Dapiran is a Hong Kong-based lawyer and writer, and the author of City on Fire: The Fight for Hong Kong published by Scribe.