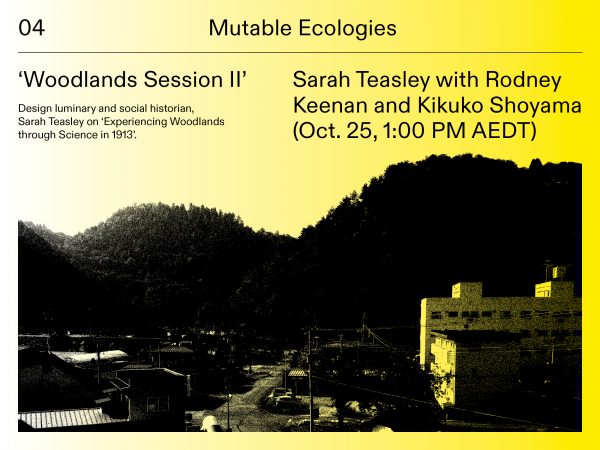 In this talk, Sarah Teasley will explore what happened when one local forest in Miyagi Prefecture, northern Japan – with its particular and unique climate, species populations, soil, orientation and location, all with their own material affordances – encountered ideas, technologies and materials from further afield. Working from period experimental reports, contemporary plant biology research and fieldwork, Sarah will suggest that attending to the micro-interactions of wood, water and microbes can illuminate both human power relations and – perhaps as importantly – suggest more ethical and accurate ways to live in the world.

The tactile and immaterial qualities of woodland habitats series is presented by Asialink Arts and RMIT University, supported by CAST Research Group, RMIT University and the Australian Government through the Australia-Japan Foundation of the Department of Foreign Affairs and Trade.