The seaport of Chu Lai is emblematic of the emergence of modern Vietnam.  On the country’s central coast in Quang Nam Province, it was once a major base for the US Marine Corps, under the command Lt. Gen. Victor ‘Brute’ Krulak.  There was no name for the place on the map when the marines arrived in the mid-1960s. So, the general strangely transliterated his name into Chinese to produce Chu Lai. Even more strangely, given Vietnam’s record of conflict with China and the USA, the name stuck. Decades after the Americans pulled out, Chu Lai became Vietnam’s first open economic zone in 2003. Today, it is better known as one of the major automotive production centres in Vietnam.  Spotless assembly lines turn out cars, buses and trucks badged as Kia, Mazda, Fuso and Peugeot, in factories adjacent to green paddy fields. They feed the fastest growing car market in Southeast Asia, albeit one coming off a low base.

There is another transformative dimension to Chu Lai’s story.  The founder of this automotive operation sprawled over several hundred hectares is Tran Ba Duong, an engineer who started out working as a humble mechanic at a vehicle repair factory.  In 1997, Duong launched an ambition to build and distribute cars in Vietnam to replace locally-made jeep-like Citroens, known as La Dalat, and other antiquated vehicles made in the developing world. In the process, he became one of a handful of Vietnamese billionaires.  Cars turned out by his Truong Hai Auto Corp (THACO) claim almost 40 percent market share.  Duong and his family are now estimated by Forbes to have a net worth of $US 1.7 billion.

The 59-year-old Duong joins a mostly publicity-shy rich club, whose members are virtually unknown outside Vietnam.  They include its richest man, Pham Nhat Vuong, whose Vingroup is challenging Duong in the car market with the production of sleek sedans and SUVs at a robot-operated plant in the port city of Hai Phong, and Nguyen Thi Phuong Thao, Vietnam’s richest woman and second richest person, whose VietJet is the largest commercial airline.

From a start in the restaurant and instant noodle business in the Ukraine in the 1990s, Vuong oversees a diverse retail, finance and real estate conglomerate. He is estimated to be personally worth $US8 billion. His automotive subsidiary, Vinfast, has teamed up with companies like BMW to design vehicles and display them at the Paris Motor Show.  He has hired football star David Beckham as a brand ambassador.  His latest plan is to start an airline, Vinpearl Air.

Phuong Thao, who launched her budget airline only in 2011 with ads of bikini-clad flight attendants, has wealth estimated at $US2.4 billion.  This self-made woman in February placed a $US12.7 billion order to buy more than 100 planes from Boeing. These entrepreneurs all built their wealth following the Communist Party’s decision to liberalise the economy under the doi moi policy in 1986.  In the footsteps of China’s opening, doi moi aimed to create a “socialist-oriented market economy”. Nowadays, the word “socialist” is seldom heard in reference to the economy.

Vietnam has steadily emerged from a war-ravaged and ideologically-driven mendicant, to potentially being one of Southeast Asia’s economic powerhouses. Between 2014 and 2018, economic growth averaged 6.6 percent.  Last year, it hit a 10-year high of 7.1 percent.

The Communist state’s effort to embrace capitalism has produced some stellar personal successes. The five confirmed members of the local billionaire’s club – two others, Ho Hung Anh in banking ($US1.7 billion) and Nguyen Dang Quang in food ($US1.3 billion) round out the group – are the glamorous faces of burgeoning private wealth.

But they also are a key part of Hanoi’s strategy for creating a strong private sector.  In 2017, the Communist Party Central Committee issued Resolution No. 10 with the goal of turning private enterprise into an “important driving force for economic development”. This and other resolutions issued by Hanoi in recent years have set bold targets for the private sector’s contribution to the economy and for Vietnamese enterprises to compete on the global stage.

A deliberate part of the strategy is to make national champions out of conglomerates like Duong’s THACO and Vuong’s Vingroup.  The move has been likened to the attempts by former South Korean president Park Chung-hee to build the economy on the back of corporate behemoths – the so-called chaebol of Samsung, Hyundai and others.

The strategy is not simply about aiding a favored few, who not surprisingly have strong political connections.  There is some theory behind the support for big players.  A recent McKinsey Global Institute (MGI) report on high-growth emerging economies found those that did best had almost twice the number of large companies as weaker economic performers.  An Australian government-funded report published last year also urged Vietnam to “emphasise having large and well-governed companies” to boost productivity and drive sectoral performance.

But Vietnam still has a long way to go before it can boast a truly competitive private sector and enabling environment.  Formally-registered domestic private enterprise accounted for only 8.2 percent of GDP in 2016.  The vast majority of private businesses were informal and quasi-informal household enterprises, which added another 30.4 percent of GDP.  At 7143, the number of large Vietnamese firms is regarded as low; the average market capitalisation also well below Southeast Asian peers.

State-owned enterprises still make up a big and usually inefficient portion of economic activity.  There are estimated to be 2000 in which the state exercises a majority interest and a further 781 that are fully state-owned.  There have been haphazard attempts to sell down levels of state ownership, but this has been hindered by bureaucratic tardiness and a reluctance to part with either the best performing assets or nationally significant assets.  For example, the state has been slow to get out of the beer business, continuing to hold a majority stake in Habeco, brewer of Hanoi beer, despite relinquishing control of its competitor Sabeco to ThaiBev in 2017. 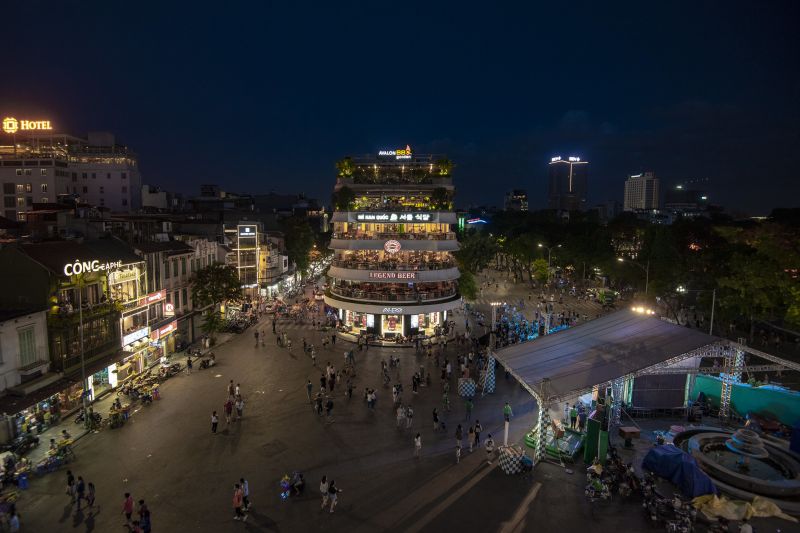 There is a raft of other impediments to developing a vibrant private economy.  In seeking to preserve its authority, the Communist leadership appears at times uncertain over how far and how fast to relinquish control over the economy.

The Heritage Foundation ranks Vietnam 30 out of 43 countries in the Asia-Pacific in its economic freedom score, citing concerns over property rights, a weak judiciary subordinate to the Communist Party, poor pay and accountability facilitating bribery, and corruption and nepotism, especially in state-owned enterprises.  To this list, some experts add insufficient access to finance and skilled workers and weak capacity within the customs and trade bureaucracy that limits the effectiveness of a host of new trade agreements.

Still, foreign investors are not waiting for further promised reforms.  Foreign Direct Investment has skyrocketed in recent times, in part because of the US-China trade tensions.  FDI in the first five months of the year was up 69 percent to $US16.74 billion.

For all Vietnam’s hopes for a strong domestic private sector, for now it is foreign investment that is leading the way. Companies like Samsung, Intel, Cannon and Foxconn are turning Vietnam into a regional hub for their technology and electronics manufacture.  Samsung operates two of its biggest global hand phone manufacturing plants there.

Vietnam’s exports are up sharply – rising by 40.2 percent to the USA in the first quarter year-on-year – but 71.7 percent of the value of all exports was generated by FDI firms.  The success of Vietnam’s economic liberalisation will depend on whether the balance can change and Vietnam’s homegrown entrepreneurs and conglomerates join the ranks of global players.

Donald Greenlees is senior adviser at Asialink, University of Melbourne, and a visiting fellow at the Strategic and Defence Studies Centre, Australian National University.