Australians face a set of decisions in foreign policy arguably more important to us than any national decisions since the Second World War, writes John McCarthy, former ambassador to Washington, Tokyo, Jakarta and New Delhi.  How we navigate them could even have existential implications.

In a new global era, Australians as a country and community have to change the way we think about external policy.  It should no longer be seen as a matter only for government.

There are four key themes, each of which relate deeply to the interests of ordinary Australians, that should be the focus of this new way of thinking:  Foreign policy as an existential question; our relationship to our region; our reputation as a nation; and the importance of a functioning, rules-based international system.

To address the first of these themes requires us to reflect on a little history.

Most Australians either do not realise, or have forgotten, that we assumed control of our own foreign and defence policy from Britain only in 1942.

When my contemporaries and I joined the then Department of External Affairs in the late 1960s, Australia had been in the foreign relations business for itself for only about a quarter of a century and we had bosses who had been pioneers in the Australian foreign service.

It makes Australia relatively new to the business of managing external relationships. When we did begin to manage these relationships, the USA replaced Britain as our protective umbrella. And since then we have never been without it.  As the years have gone by, our anxiety to preserve that protective umbrella has become entrenched in our strategic thinking, leading to our involvement alongside the USA in wars from Korea to Iraq.

It has meant that with the exception of the Second World War we have never truly had to think of external policy as an existential issue.

Now we do. In the past three years, the dynamics of our security have fundamentally changed.  The Trump Administration has acted to the detriment of the international structure the USA was instrumental in creating. It has disrupted longstanding alliances and has given succour to populist strongmen rather than proponents of democracy.

Coinciding with that, China’s pursuit of regional supremacy in Asia, and global equivalence with the USA, has accelerated and assumed a much sharper edge.

This, in turn, has hardened the US determination to thwart Chinese ambitions not only in traditional security and economic realms, but in technological advancement too. 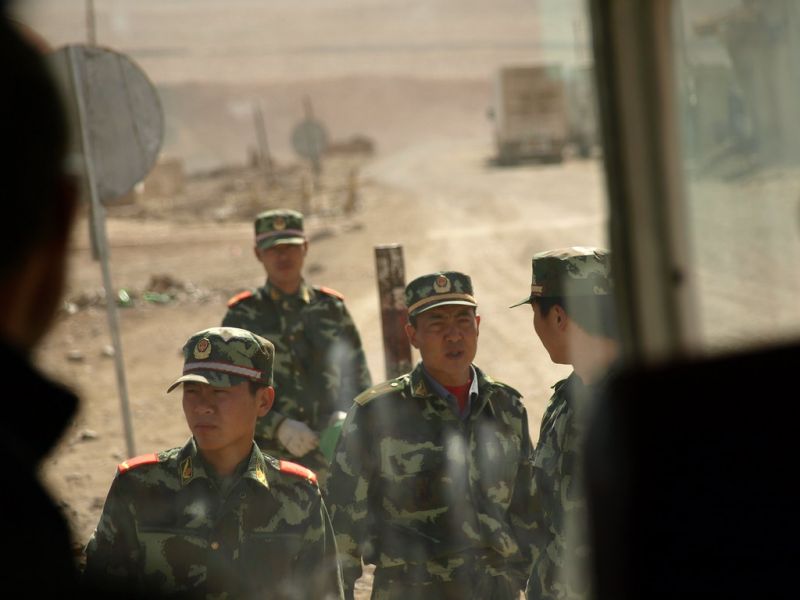 China’s pursuit of regional supremacy in Asia, and global equivalence with the USA, has accelerated and assumed a much sharper edge, says McCarthy. Photo by Morten Knutsen.

Australians now have to think of the possibility of being placed in situations we have never before been forced to confront.

These include whether the USA declined to honour alliance commitments (perhaps now a less likely scenario than when Trump first took office), whether we could be placed in a position by the USA of confronting China where our perception of the presumed threat or its circumstances was simply different to that of the USA, and whether the USA requested us to take a position on economic sanctions or legal action when we do not see good reason to do so.

Australians are unused to thinking in these terms about external policy.  We now are just beginning to enter into a serious national discussion on a set of decisions arguably more important to us than any since the Second World War, including those on immigration in the generation after that war and the economic reforms undertaken by prime ministers Hawke, Keating and Howard in the 1980s and 90s.

The external policies which we will need to adopt will not be simplistic choices between our security and economic interests. Rather they will involve a process of navigation.

In confronting future challenges, government will have to be prepared – as it was with economic policy a generation ago – to forthrightly and honestly engage Australia as a whole, its institutions and its people.

The issues at stake are of such a magnitude that the political class will only succeed if they can take the community with them through a process of constant education and dialogue.

This brings me to the second of the key themes – our relationship with our immediate region.

No attempt to deal with the external challenges that lie ahead will succeed unless we again look at our relationships with the region.

Most western democracies with systems broadly comparable to Australia are clustered in Europe and North America.  Hence, their primary relationships are with countries whose political and cultural traditions are similar to their own.

For us, at least as important – and arguably more so – than relationships with western democracies are those with countries with totally different historical and ethnic backgrounds.

This means that apart from all the normal complexities of managing foreign relationships, the cultural dimension of Australia’s external outlook is proportionately more significant – or should be – than of most countries with similar political and ethnic backgrounds.

While the work done by successive Australian governments in establishing a network of bilateral and regional economic and security arrangements has been thorough and forward looking, Australia has been less successful in reducing its cultural divide with much of the region. This shortcoming impacts adversely on our overall dealings with regional countries.

The major underlying issue is the failure of the Australian system holistically to engage with Asia.  The last occasion in which we made a sustained effort to do so was under former prime minister Keating. 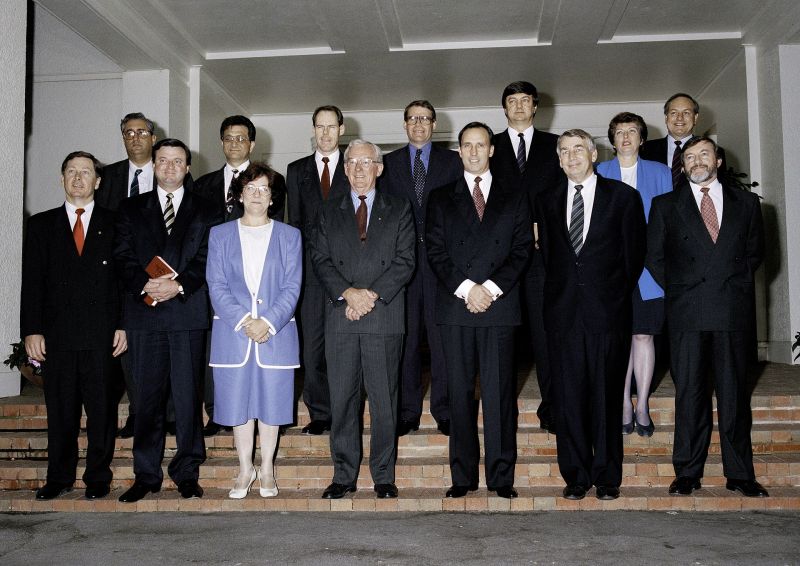 Paul Keating's Second Cabinet, pictured in 1994. Keating represents 'the last occasion in which we made a sustained effort to holistically engage' with Asia. Image via Creative Commons.

Today, we invest more in New Zealand than in the ASEAN countries combined; the study in Australia of Asia, including Asian languages, has actually declined in the past thirty years; when the government of Julia Gillard commissioned “The Asian Century” white paper it provided no funds to implement its sensible and far sighted recommendations; and when the coalition came to power it removed the white paper from the Department of Foreign Affairs and Trade website.

The importance of Asia to Australia will increase, not decrease.

The rise of China and India and Indonesia’s increasing economic prominence are now facts of life.

Moreover, the competition for pre-eminence in the region is not only about a face-off between China and the USA.  It is about a kaleidoscopic pattern of relationships involving the USA, China and all the states in the wider region.  When the kaleidoscope is shaken, the shapes change.

This means that the diplomatic task involved in the region is daunting.  It can be undertaken properly only with adequate diplomatic resources.  These have been lacking for a generation. It is worth remembering US Defence Secretary James Mattis – no dove – argued money spent on diplomacy saved money on bullets. 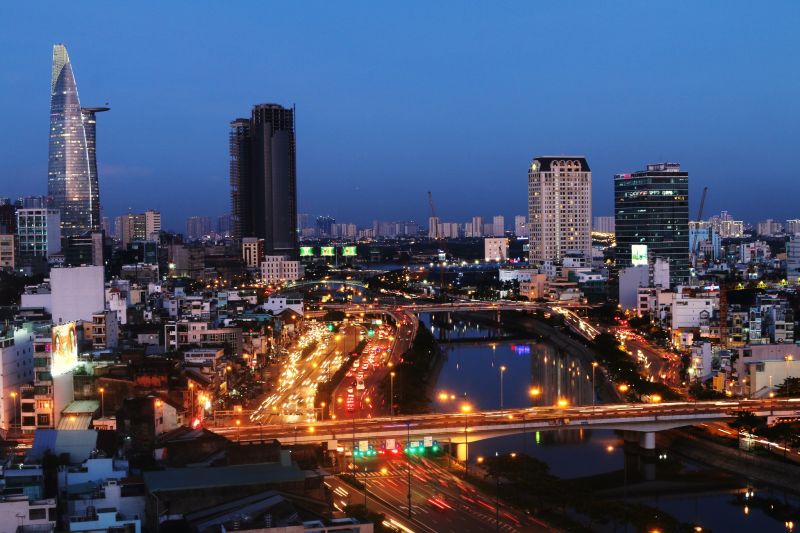 We have to make available real resources to implement the sorts of recommendations that appeared in the Asian Century white paper involving education of the community as a whole.

A third theme that requires community consideration is national reputation. Individuals are hyper-sensitive about their personal reputation.  So too should they be conscious of the reputation of their nation.

In international relations, reputation is the core ingredient in soft power.  Reputation derives both from the actions of governments and from a country’s assets – its system, its standard of living, its history, its educational resources and so on.

It is generally accepted that Australians are agreeable enough, that we are rich, good at sport and in certain sectors very competent.

However, there are several blots on our reputation:  We often are seen as putting domestic politics above serious international interests; as being unnecessarily hard charging and of blowing hot and cold; as changing prime ministers too often to maintain good governance; and as not independent from the USA on security issues. 'We often are seen as putting domestic politics above serious international interests.' The lower house of Australia's Parliament. Image by Genericavatar.

Recently, an Indian well-schooled on security policy went even further when he asked me in all seriousness whether the build-up in Australia’s relationship with India since about 2002 had taken place at the request of the USA.

The point here is not whether other regional countries have major problems with our policy.  Most do not. Rather, there is doubt whether we have views of our own.

Our policy on asylum seekers also has damaged us with other liberal democracies and our neighbours. We have diminished ourselves since, in addressing the Vietnam exodus, we were leaders in international refugee policy.

As for the importance of reputation in foreign policy, there is no doubt it furthers economic and security interests. A country will be more credible internationally if its own system works: if its policy statements are true, if it does things well, and if it does what it says it will do.

The final theme we ought to address is the future of the rules based order.

It is now commonplace to rue the decline of the post-war international order and the enfeeblement of the global and regional systems which it sustained.  The USA’s breach of international undertakings on climate change and the refugee convention, Chinese actions in the South China Sea and Russia’s in the Ukraine are examples.

Middle sized and small powers need rules more than big ones.  Big powers can better look after themselves.

The often-derided United Nations is important to Australian security.  Australia has played the major role in three regional security endeavours: the Cambodian settlement, East Timor, and the Solomons.  The UN was integral to all stages of the first two of these and was a necessary element in the third. We have been able to further our interests in areas as important to us as immigration, trade and climate change by being skilled at working within international machinery.  We can do more in the future.

From the perspective of the Australian community, no international issue is as emotive as asylum and refugee policy. No single policy question is more responsible for the debilitated state of federal politics.

Recently, a former assistant high commissioner for refugees, Erika Feller, chaired a panel in Melbourne, from which emerged a three-pronged approach.

First, shift the debate and policy structure to eschew emotions and focus on the pragmatic, including emphasis on the value of refugees to our society.  Second, embrace the UN Global Compact on Refugees as a potential blueprint for fairer and sustainable global burden sharing.

Third, commission a formal and expert review on our asylum processes to examine reinstatement of onshore refugee determination processes. Above all, aim for results that are both workable and humane.

As Australia confronts the array of international and domestic challenges that lie within the four major themes I have identified here, it will need to experience a change of mindset:  foreign policy will need to be seen as a core national interest.

The political class – government and opposition – must jointly recognise this and engage the people on it.  The next government must devote effective resources to it.  If it does, Australia can ride the waves of change.  If it fails, so too could our promise as a nation.

John McCarthy served as Australian ambassador to the USA, Indonesia, Japan, Thailand, Vietnam and Mexico and was high commissioner to India.  He is former president of the Australian Institute of International Affairs.  This article was adapted from the annual Sugden Oration, “Winds of Change? Australian Foreign Policy After the Election”, at Queen’s College, University of Melbourne, on 6 May 2019.