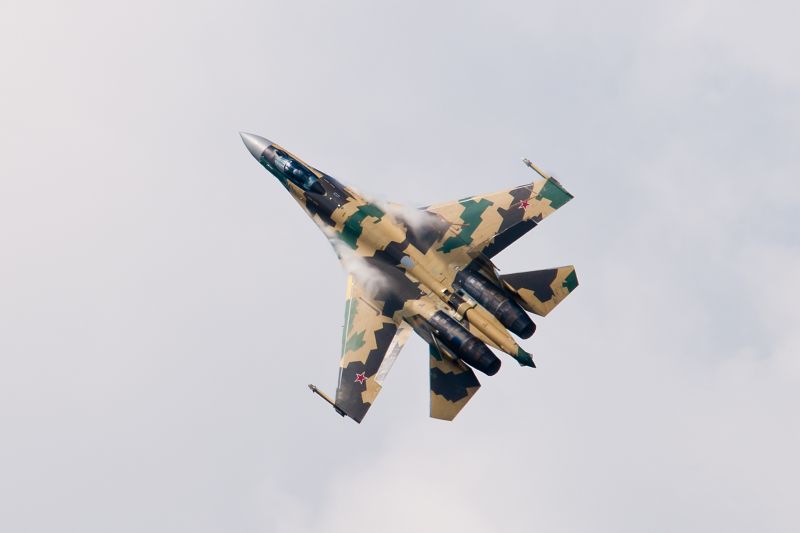 For months, the biggest subject of cable traffic back home from the Indonesian embassy in Washington was a US law placing sanctions on any country that breached comprehensive US sanctions on Russia.

Then either late last year or early this year, Indonesia quietly backed away from plans to buy Russian-made Sukhoi Su-35, or ‘Flanker-E’, multi-role fighters. Views over whether the purchase has been abandoned, or simply delayed pending a better moment, vary depending on who one speaks to. But, for now, the threat of sanctions under the Countering America’s Adversaries Through Sanctions Act (CAATSA) seems to have had the desired effect.

Indonesia’s defence minister, Ryamizard Ryacudu, was quoted by the Russian news agency TASS as saying he believes the fate of the Su-35 purchase will be ‘solved this year’. He has advocated Indonesia defy the threat of US sanctions.

A senior official at the Russian armaments holding company, Rostec, has echoed the view that a resolution is possible, suggesting the US$1.14 billion purchase of 11 aircraft had been delayed only because of the Indonesian elections. This appears to be part of Indonesia’s explanation for not proceeding with finalisation of the deal and delivery of the first aircraft last year.

The idea of Indonesia pitted against the great powers has its historic antecedents.  It will be important for the USA to get it right this time as it seeks to establish strong relations to the strategic anchor of Southeast Asia.

But Indonesian officials privately admit the real problem in relations is the current trend in US policy.  The latest is the CAATSA, which would apply a variety of sanctions to individuals and organisations that engage in ‘transactions with the intelligence or defense sectors of the Russian Federation’. The potential sanctions, outlined in the US International Economic Emergency Powers Act, range from denial of visas to penalties and prohibitions on property and financial transactions.

The willingness of the US to impose such sanctions, or whether any waiver might be obtained, has been at the forefront of security diplomacy between Washington and Jakarta in recent months. It’s understood to have occupied a considerable part of the discussions in early June when acting US defence secretary Patrick Shanahan made Indonesia the first stop on his first visit to Asia since taking on the job.

An ominous sign for the Indonesians is US Secretary of State Mike Pompeo’s testimony to a Senate hearing in April. Referring to a planned Su-35 purchase by Egypt, Pompeo said: ‘We’ve made clear that, if those systems were to be purchased, statute CAATSA would require sanctions on the regime.’ He added that the US had received assurances from the Egyptians ‘that they understand that [sanctions will be imposed] and I am very hopeful that they will decide not to move forward with that acquisition’.

Speaking to the foreign media in Jakarta last Thursday, US Ambassador Joseph R. Donovan was guarded about the Indonesia case. But he also didn’t declare it would be getting a free pass. ‘We don’t speculate on, or get into, what we might be doing in the future on something like that’, was his only reply when asked directly.

Another potential point of friction is the planned acquisition from Russia’s state-owned Rosoboronexport of 43 amphibious armoured personnel vehicles for Indonesia’s army and marines. That US$170 million deal was signed in Jakarta in mid-April. It’s unclear whether Washington regards that purchase as another CAATSA trigger.

What is clear is that Congress isn’t in much of a mood to agree to waivers. CAATSA gives the president limited discretion to exempt countries from the application of sanctions. He can make a written determination that a waiver is in the ‘vital national security interests of the United States’, but the wording of the act suggests that leeway is intended to provide no more than temporary relief for individuals to rectify their conduct.

Washington appears to be conscious of the sensitivities CAATSA evokes among its friends. It has sought to underscore the value of security ties with Indonesia—hence visits in the past year by Shanahan and his predecessor Jim Mattis. In Donovan’s words, the security relationship with Indonesia is ‘more comprehensive’ than it has ever been. He cites a crowded annual calendar of more than 200 exercises, exchanges and military-to-military activities.

Donovan placed an important caveat on US neutrality over territorial disputes in the South China Sea – he explicitly stated US support for Indonesian sovereignty over the Natuna Islands and its Exclusive Economic Zone (EEZ).  China’s nine-dash line overlaps Indonesia’s EEZ – a source of Indonesian anxiety for the past decade.

Other US overtures include a commitment to resume armed training with the specialist counterterrorism unit of the army’s special forces, Kopassus Detachment 81. There are difficult compromises in that decision. Kopassus has long been a pariah in congressional and human rights circles.

In June, Shanahan repeated the Pentagon’s pledge to gradually step up training with Detachment 81. Also on the table are sales of military equipment, including the possibility of additional Lockheed Martin F-16 fighter jets, and an upgrade in the size and scope of military exercises.

Promises of closer engagement with the US might go some way to placating Indonesians over pressure to cancel the Su-35 deal. Although senior Indonesian Air Force officers acknowledge they might be left with no choice, it would not be easy for Indonesia to extract itself from the complex agreement it has negotiated with the Russians. The price of ditching the Su-35 might be very concessional terms on a US replacement.

Donovan insists that the US imposes sanctions to change Russian behaviour, not to ‘punish our partners’.

Still, to the Indonesians, US actions smack of overreach. The reason they turned to Russia for aircraft in the first place when they bought Su-27 and Su-30 jets was the imposition of US embargoes over East Timor.

Moreover, they feel they had an understanding from Mattis that a way would be found to solve the problem quietly. When he abruptly resigned at the end of last year, becoming another casualty of a mercurial administration, the Indonesians believe they lost a powerful friend at court.

It all rankles with Indonesian officials in a year that is supposed to be one of celebration.

This year marks the 70th anniversary of official diplomatic relations between Washington and Jakarta. But amid a series of niggling issues, such as a review of Indonesia’s continued access to US trade preferences for developing countries, differences over how to advance the Indo-Pacific concept, and President Donald Trump’s decision to move the US embassy in Israel from Tel Aviv to Jerusalem, the smiles, at least on the Indonesian side, look a little forced.

None of the issues alone is big enough to sour bilateral ties. Yet collectively they create an atmosphere of considerable uncertainty over their direction at a time when China is making strenuous efforts to cultivate economic opportunities in Indonesia and the region.

‘I don’t say the relationship is bad, no’, says a senior Indonesian official who knows the Washington scene well. ‘I was in the US when the relationship was bad. It’s not just me, or Indonesians, but many people who deal with the US who have a question mark over the erratic way the US is doing things and the inconsistency between the president and others.’

Donald Greenlees is senior adviser to Asialink at the University of Melbourne and a visiting fellow at the Strategic and Defence Studies Centre at the Australian National University.