At the end of April 2019, ASEAN officials descended on Melbourne to discuss AANZFTA: the ASEAN–Australia–New Zealand Free Trade Agreement, which turns 10 years old in 2019. What has AANZFTA achieved? And what lessons does it have for other regional negotiations such as the Regional Comprehensive Economic Partnership (RCEP)?

Economic ministers from ASEAN, Australia and New Zealand announced it as opening a ‘plethora of new opportunities’ for businesses in the region. AANZFTA effectively created a free trade area of more than 600 million people with a combined GDP of US$2.3 trillion. It was described as a ‘landmark’ and ‘Australia’s most ambitious trade deal to date’. The agreement aimed to provide greater transparency and certainty for companies doing business in the region, and it included a chapter on Economic Cooperation to provide a framework for trade and investment-related cooperation.

Fitting with the ASEAN approach, a key component of AANZFTA was ongoing dialogue, including an annual consultation and future reviews. This was designed to maintain the agreement as a ‘living document’ with ongoing commercial relevance. What has AANZFTA delivered so far? It may be surprising to hear that many of these hopes have been borne out. An Australian Chamber of Commerce and Industry members survey on the use of trade agreements ranked AANZFTA the third best known and used framework of 14. A survey by AustCham ASEAN, supported by the Australia–ASEAN Council shows about three quarters of respondents view ASEAN as a priority region for their company. Of these respondents, 80 per cent are attracted by a rising middle class, improved infrastructure and a better-skilled workforce. Former Australian Financial Review journalist Greg Earl, a long-time observer of the region, describes AANZFTA as ‘a surprise hit with Australian business’.

The agreement is particularly admired for its economic cooperation agenda which was an innovation at the time. Rather than the standard Western agreement — often focusing on one-shot tariff reductions in specific areas — AANZFTA incorporated an ongoing process of encouraging greater economic interaction through a range of built-in agendas, economic cooperation projects and business outreach activities. This includes around AU$30 million spent by Australia and New Zealand in various technical assistance and capacity-building programs to help regional countries implement AANZFTA.

The Australian National University’s Peter Drysdale has stressed the importance of this approach, given that ‘most of the problems that business have to deal with are not those at the border, it’s those behind the border’. These cannot be negotiated in one shot. AANZFTA has evolved with the addition of a First Protocol to streamline certification processes for the movement of goods, ongoing reviews of non-tariff measures and a General Review. It has been an anchor for Australia’s and New Zealand’s economic engagement with ASEAN. 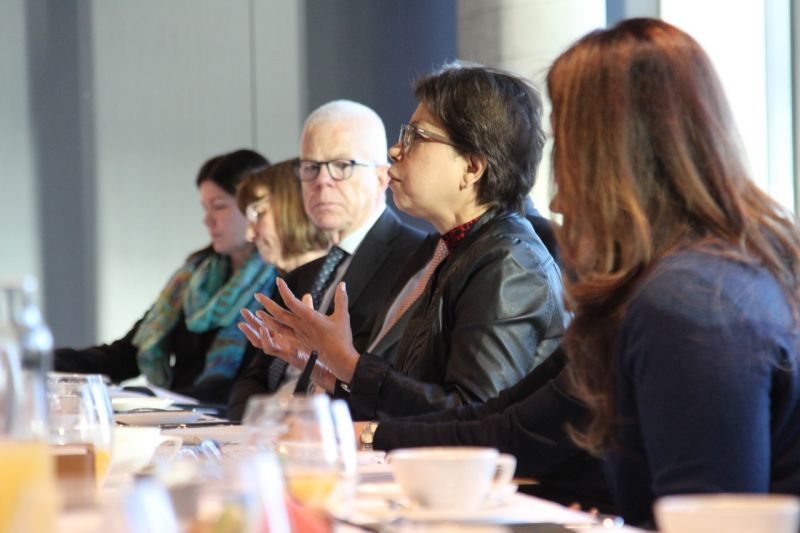 AANZFTA can be seen as a successful model relevant to the current RCEP negotiations, particularly in promoting economic integration. It suggests that there is value in getting an agreement in place and starting the processes that will enable ongoing efforts towards integration. AANZFTA has been operating and delivering since just before RCEP negotiations began.

For supporters of RCEP, there is a sense of urgency in getting an agreement this year. Drysdale identified it as a ‘do or die’ time. He suggested that pressing on with RCEP is ASEAN and its partners’ best response to moves away from free trade elsewhere.

When launched, it was hoped that AANZFTA would be a ‘key catalyst for enhanced and accelerated regional integration’. APEC Secretariat head Rebecca Fatima Sta Maria, who Asialink hosted during her visit, suggested that the AANZFTA members could be a ‘coalition of the willing’ within the RCEP negotiations.

At a time of many threats to the global trading system, it is worth taking AANZFTA’s lessons to heart.


This article was first published in East Asia Forum.

Melissa Conley Tyler is the Director of Diplomacy at Asialink.