Sleeppage, a partnership between Asialink Arts with Hùng M. Dương (Art Republik) was a 'digital delegation', an online exchange between artists across Victoria and Vietnam exploring the universal realms of sleep, rest and dreams.

A symbol of circadian rhythm, sleep is not only a natural adherence but also a necessity for life balance – a pause button that resets our mind. Sleep is also the birthing realm of dreams, without which we cannot encounter and explore the fantastical power of unbound creativity. Ironically, sleep is also villainised by late capitalism as disruptive and redundant, a mere nuisance that hampers establishing an effective and perpetual conduit of production and consumption, as Jonathan Crary decried.

In a world where we are constantly encouraged to do more and sleep less, while coaxed into seeing sleep as a commodifiable good, where can we reclaim the space for sleep, and therefore creative thoughts? Particularly, in times of disaster, can sleep be the portal through which we dare to envision a brighter, post-slumber future?

Sleeppage invited keynote presentations from Grace Samboh and Michelle Boyde and the creative delegates from Vietnam and Victoria discussed the role of sleep as a personal and societal function, both individual and collective in shaping the world around us – to engage with the idea of ‘rest as resistance’ to neoliberal capitalism, and contemplate on ways to weave the magical realm of sleep into our work-life fabric. 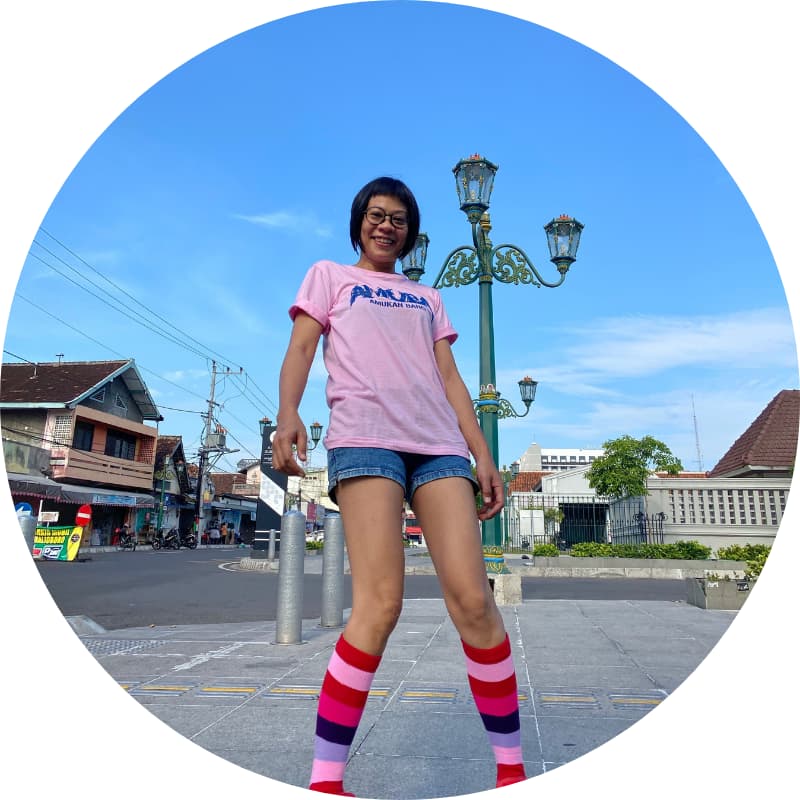 Grace Samboh (b. Jakarta, 1984) is in search of what comprises a curatorial work within her surrounding scene. She jigs within the existing elements of the arts scene around her for she considers the claim that Indonesia is lacking art infrastructure especially the state-owned or state-run as something outdated. She believes that curating is about understanding and making at the same time. She is attached to Hyphen –, affiliated to RUBANAH Underground Hub, and currently undertaking a doctoral program at Arts and Society Studies, Sanata Dharma University, Yogyakarta. She logs her writings at sambohgrace.wordpress.com 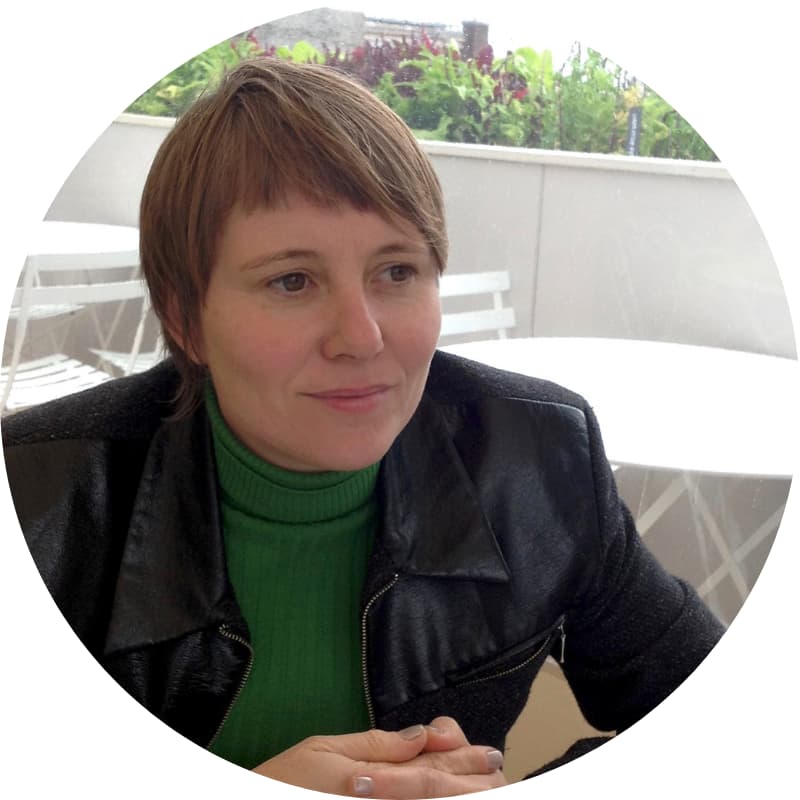 Michelle Boyde is an independent artist, designer, shiatsu practitioner and social dreamer living and working in Tasmania where Michelle maintains an independent design practice working in the performing and visual arts sector. she is also co-founder with artist and social theorist David Patman of Unconscious Collective, an informal group of interdisciplinary artists exploring hypnagogic states such as dreams, visions, reverie and wonder, and modes of subliminal or somatic communication. Of particular interest to the group is their significance as a shared experience that may both reflect and mediate broader social narratives and concerns.
David and Michelle have collaborated on experimental participatory and public art projects which engage with these themes including a social sleeping and dreaming experiment at a motel, a ‘dreamers-in- residence’ performance in a library, hanging bio-sensor equipped pods for snoozing audience members, and a utopic vision for a centre for regeneraton at a post-industrial site in Tasmania’s wild West.
www.unconsciouscollective.org Amaara Raheem
Amaara Raheem is a choreographer, performer, researcher and writer. She works as a solo and collaborative artist. Her work takes multiple forms including performance, video, installation, text and sound. Amaara was born in Colombo, Sri Lanka, grew up in Melbourne, Australia and lived in London, UK for fifteen years. Since 2019 she’s based part-time in Wurundjeri country (Melbourne) and part-time in Djab Wurrung country (Black Range, rural Victoria).
In 2021 Amaara was awarded Research Residency (Critical Path), Regional Art Residency at National Trust house, Mooramong (Blindside), Moving Forward Residency (Lucy Guerin Inc.) and 'On-Residence' (Danchouse and Punctum) to develop a new body of work investigating 'inheritance' in relation to body, place, objects and ritual. In 2021 Amaara completed her PhD by practice at the School of Architecture and Urban Design RMIT University. Broadly, her research explored 'in-residence' as a choreographic-led design framework, and her methods were dancing, speaking, writing, and residing-in. Amaara sits on the Artistic Directorate group for Next Wave and the Artistic Advisory Group for Chunky Move. In 2022 she'll be a co-editor of the international academic journal, Choreographic Practices.
www.amaararaheem.net 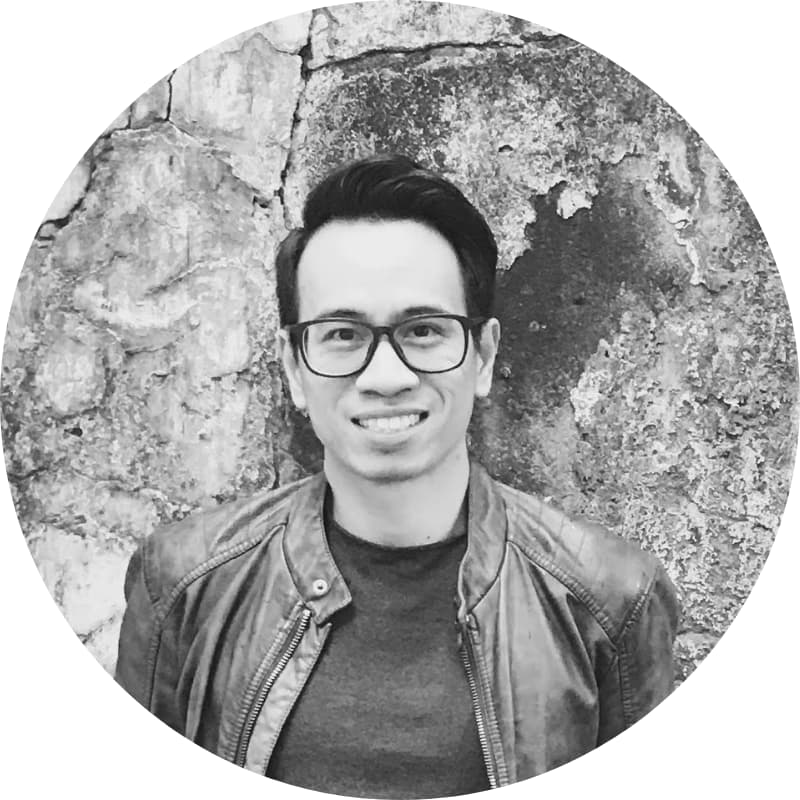 Ace Lê
Ace Lê is an independent art researcher and curator. He is Editor-in-Chief at Art Republik, a non-profit billingual magazine on Vietnamese art. An Accredited Professional of International WELL Building Institute, Ace is an active advocate for the healthy building movement, and believes that a human-centric space needs to embody both nature and art. 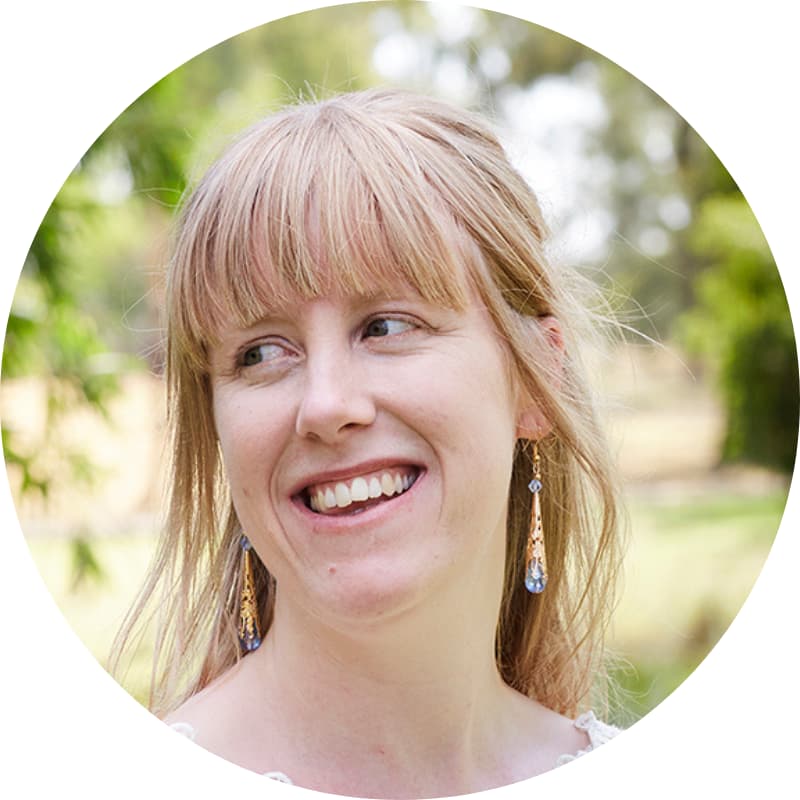 Ali Fyffe
Was born in Melbourne, Australia and completed her undergraduate studies in notated music at the Victorian College of the Arts. She has since pursued studies at the Conservatoire à Rayonnement Régional de Boulogne-Billancourt in France. Ali is a keen collaborator and traveller. As a member of the KHASM Saxophone Quartet, she toured Australia and performed with saxophonists in five states, as well as in the UK. In the Quanta Quartet, she toured France and Australia and also performed in Italy and Malaysia. Both quartets received prizes and places in competitions in Australia and overseas. As a member of halfsound, Ali and co-artistic director Matt Hinchliffe toured South-East Asia extensively supported by Creative Victoria, and also performed in Australia, Taiwan and India.
Ali lived nomadically in Asia for some years exploring her own voice as an experimental improviser and collaborated extensively with local artists. Highlights include a residency with thanks to Green Papaya Arts Projects and Asialink Arts, and participation in the WSK Festival of the Recently Possible in the Philippines. As an improviser-composer, Ali has created the score for a film with Then Studios in Vietnam, released a solo mini-album, presented countless explorative improvisations, and collaborated with artists throughout Australia and South East Asia.
Described as “Unpopular Music”, “like a film score” and “weird”, Ali’s free improvisations explore unconventional use of the saxophone to create surreal acoustic soundscapes. Ali has now settled in Melbourne but frequently returns to South-East Asia, when possible. She continues to collaborate,
explore, shore, and foster links between artists.
www.fyffecollection.com 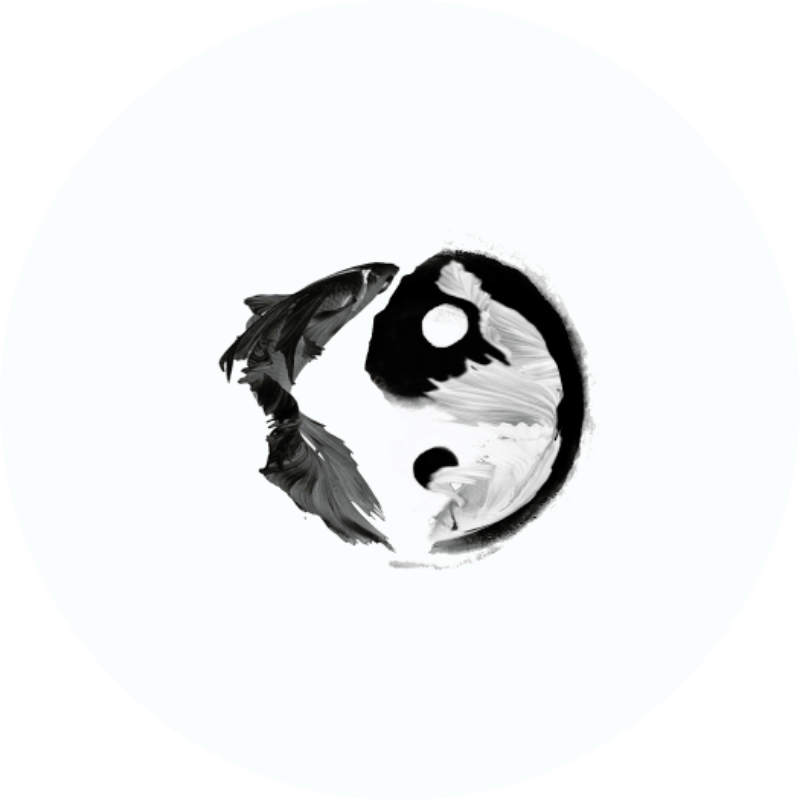 Jo Ngô
Jo or Ngô Kỳ Duyên is a Saigonese visual artist whose work is associated with moving images,
virtual reality, augmented reality, and new media art. She aims to reach more audiences in a stronger and appealing narrative form with high-tech support and advocate for the creative community to go beyond the traditional mediums. Her main focus is healing art, meditation, and spreading positive energy for a safe mental outlet, which is even more crucial than ever during the COVID-19 pandemic.
https://staying-cool.com/ Dr Betty Sargeant
Betty is a multi-award-winning, internationally recognised media artist. She is co-creative director and artist with the art-technology duo PluginHUMAN. Betty creates multi-sensory immersive art installations that socially and physically engage audiences.
Betty has exhibited internationally (Asia, Europe, North America, Australia). She has won Good Design Awards (2020 and 2018) and a Premier’s Design Award (2017) for her progressive artworks. She was the Melbourne Knowledge Fellow (2016), was artist-in-residence at the Exertion Games Lab, RMIT University (2017-19); and was creator-in-residence at the Asia Culture Centre (South Korea, 2016-17). Betty’s PhD was ranked top three at the CHASS Prize (2015). She has created media art installations for institutions such as the National Taiwan Museum of Fine Arts (Taiwan, 2018), Questacon (The National Science and Technology Centre, 2018) Asia Culture Centre (South Korea, 2016 & 2017).
www.pluginhuman.com and @pluginhuman Chung Nguyễn
Chung Nguyễn is a performance maker based in Ho Chi Minh City, Vietnam, whose practice spans between dance/movement, performance art, and somatic studies to embody the concept of body-mind relationship.
Chung’s works focus on the experience and sensations of the body in relation to movement, senses, time and space, and the interplay with objects. In 2021, Chung conceived Collective Consciousness | Collective Dreams (CCCD) (Vietnamese title: Nằm-Mơ-Tỉnh); an ongoing research project and practice that examines the consciousness between waking reality and dream/sleep experience by looking at the phenomenal aspects of dreaming as a form of practice in daily life and in creative process.
Working as an independent artist since 2017, Chung’s individual works and collaborations with other artists/performers in dance, visual art, and sound art have been presented across Vietnam, Australia, America, Malaysia, Korea, Singapore, and Switzerland. Chung has received funding support from Asian Cultural Council, in partnership with Kelola Foundation, and travel grants from Prince Claus Fund and Goethe-Institut Ho Chi Minh City.
www.nguyenchung.info 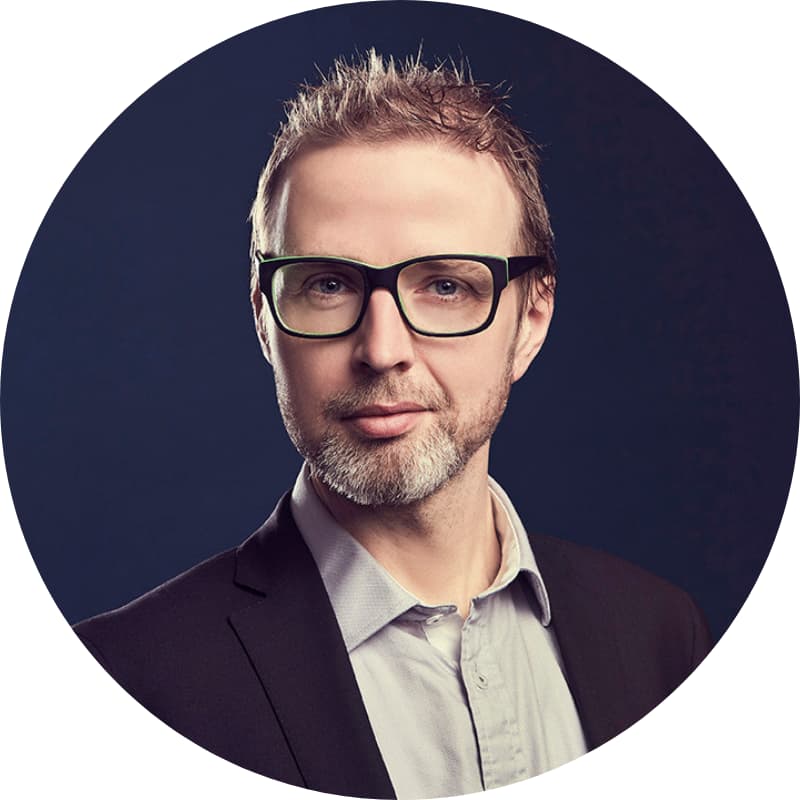 Xan Colman
Xan is an interdisciplinary artist, producer and performance maker based in Victoria’s western districts and active internationally. He works in a variety of contexts, from international festivals to micro-residencies, tertiary education to large state theatres, experimental performance platforms to post-conflict community development. Some highlights: Makhampom Theatre (Thailand), New Territories (UK), Fundaçion Valparaíso (ESP), West Kowloon Cultural District Authority (HK), Black Market International, Yokohama Otomatsuri (JN), Robert Wilson/Berliner Ensemble (DE), The Drama Review (US) and Chulalongkorn University Bangkok.
Xan is an alumnus of the Asialink Leaders Program, a fellow of the International Theatre Institute (UNESCO), and is also the Artistic Director of contemporary performance company A is for Atlas. Xan’s decade-long social art practice DINING ROOM TALES, in which strangers are invited to the dinner table, to intimately share in the life, culture and practice of an artist over a communal meal they’ve designed for their audience, has travelled extensively in Australia, Brazil, Hong Kong, Finland, Germany, the UK and Japan.
www.diningroomtales.com and www.aisforatlas.org.au Nguyễn Kim Tố Lan
Born in 1982 in Ho Chi Minh City. Lives and works in Ho Chi Minh City, Vietnam. Originally trained in lacquer painting at the University of Fine Arts in Ho Chi Minh City, Nguyễn Kim Tố Lan is a community-oriented, multidisciplinary artist. Her works also focus on collaborations, partnerships, and public engagement. Her community-based projects place the acts of interaction, collaboration and invisible connections between herself and the participants at the centrefold of her practice.
In 2014 she co-founded Sao La, an independent art collective in the southern region of Vietnam. She has also co-curated and collaborated on a wide range of artistic projects such as “Art Walk 2.0” (2016), SHE (2014), an international arts collaboration among Sweet Art in London, Sao La in Ho Chi Minh City and Little Pink Monster in Texas, and Me Phim, a short-film screening collective. She is also known as one of the co- founders of beloved Cù Rú artist bar (Ho Chi Minh City and Dalat).
www.nguyenkimtolan.weebly.com

No results were found