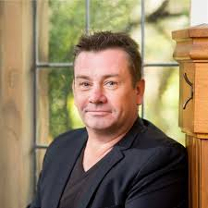 Prior to his current position as Pro Vice-Chancellor (International), Professor Adrian Little spent a decade as the Head of the School of Social and Political Sciences and part of the executive team in the Faculty of Arts. He joined Melbourne in 2004 from Goldsmiths, University of London having been awarded his PhD by Queens University Belfast. He is a former President of the Australian Political Science Association (APSA) and in 2017 he won the APSA Prize for Outstanding Academic Leadership in Political Science.

Adrian’s expertise is in political theory and he is the author of six monographs including Enduring Conflict: Challenging the Signature of Peace and Democracy (Bloomsbury, 2014), Democratic Piety: Complexity, Conflict and Violence (Edinburgh University Press, 2008), Democracy and Northern Ireland: Beyond the Liberal Paradigm? (Palgrave, 2004), and The Politics of Community: Theory and Practice (Edinburgh University Press, 2002). In addition to a number of co-authored and co-edited books, he has also published in leading journals including the European Journal of International Relations, European Journal of Political Theory, Review of Politics, Political Studies, British Journal of Politics and International Relations, International Political Science Review, and Contemporary Political Theory. His current research is focused on Indigenous-settler relations in Australia in a comparative theoretical light.