Myanmar: what can the international community do?

As the popular backlash against February’s coup in Myanmar produces a mounting death toll, former foreign minister Gareth Evans argues the international community does have options to keep the pressure on the military regime. The responsibility to protect the people of Myanmar

Myanmar’s post-coup crisis unequivocally demands the application of R2P principles. However, as Professor Gareth Evans writes, internal dynamics are ultimately more likely to prove decisive than even the most robust available external measures. A Letter to President Biden: Rebuilding US Credibility

You will be acutely aware that, after the ravages of the Trump years, you have a big healing job ahead of you, not only at home but abroad, writes former foreign minister Gareth Evans. 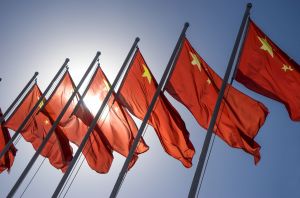 Australia’s China problem—official contacts frozen and many of our exports under siege—is now gaining attention far beyond our shores. As former Australian foreign minister Gareth Evans AC writes, much of the world, given stark evidence of the economic havoc that China’s displeasure can wreak, and of the ugly depths to which its “wolf warrior diplomacy” can descend, is trying to understand both how we fell into this hole, and whether we can climb out of it with our dignity intact.