The Federal Government has ordered a review of Chinese company Landbridge’s 99-year lease over the Port of Darwin. But Ross Muir argues ownership is not the only issue – Darwin will soon need a new and larger seaport to meet future trade and security challenges in Asia.

Soon the government will consider a Defence Department review, initiated by Defence Minister Peter Dutton, of Chinese company Landbridge’s 99-year lease of the Port of Darwin. Australian — and perhaps American — security concerns seem to hinge on two questions arising from a worst-case scenario: In the event of military conflict, would a Chinese company kowtow to the Chinese government? Would Australia be able to exercise absolute control of the port? Based on publicly available information, the answer to both questions would be ‘yes’.

The government will also consider the broader foreign and trade policy implications of any decisions flowing from the Defence Department’s review. To what extent will those decisions deepen the freeze in relations with our biggest trading partner and an emerging great power of the region? Will our alliance with the United States be undermined if Australia doesn’t annul the lease? How will our decisions be interpreted by our neighbours, who are also grappling with the allure and the perils of a rising China as well as misgivings about longer-term US commitment to the region? If foreign investment-reliant Australia annuls the lease, what will other investors think?

Rarely has the strategic environment been more challenging or the global outlook more uncertain. But the challenges and uncertainty should compel us to look at the review of Landbridge’s lease in a bigger context.

Economic and strategic competition in the region means Australia must become as fit, efficient and effective a nation as it can be. Domestic reform and free trade agreements with our Asian neighbours have expanded trade and made Australians richer. The next important step is to develop better physical trade infrastructure — rail and ports — which enhances productivity and enables trade at lower cost.

Yet, ensuring supply chain connectivity in northern Australia is not merely a question of trade. It is vital for national security, given the presence of key defence facilities and other assets in our north. And it responds to the recurring questions about our efforts to develop northern Australia. To its credit, the government continues to refine its approach as set out in its 2015 white paper on developing the north. But it should move faster.

In this light, Cabinet might weigh several broader issues in deciding the future of the Port of Darwin.

First, Darwin is not only our front door to Asia – it is Australia’s part of Southeast Asia. Darwin port is 3,000 km closer to Singapore and Jakarta than Sydney or Melbourne. In 2003, the 3,000 km Ghan railway linked Adelaide to Darwin, allowing freight from the south to be exported through Darwin.

The long rail link cutting through the centre of Australia has already delivered impressive supply chain efficiencies, making the most of the logistical advantage of Darwin’s proximity to Asia. Owned by One Rail Australia – a joint venture between Dutch pension fund PGGM and Macquarie Infrastructure – the Adelaide-Darwin railway is a thriving business. And, daily, the Landbridge-managed Port of Darwin is profitably moving a considerable and growing amount of product, including LNG, containers, vehicles, cattle and bulk minerals. 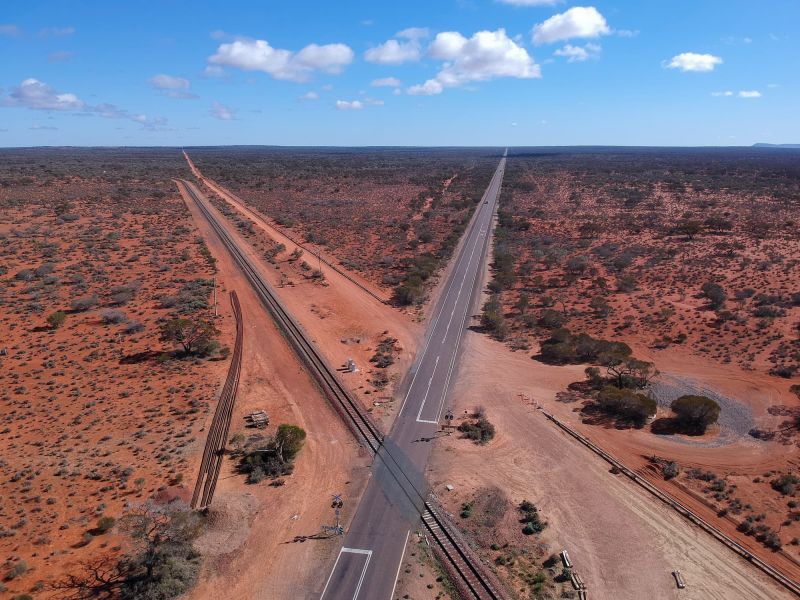 Secondly, the present Port of Darwin has limited capacity for growth. We will soon need to build an additional and larger seaport for Darwin.

Situated at East Arm in Darwin Harbour the existing port sits between Darwin City and Palmerston. Hemmed in by the nearby LNG gas production trains of Inpex (Japan) and Santos (Australia) and associated under-harbour gas pipes and gas tanker ships, Darwin Port is short of space. It will continue to accommodate profitable container traffic but soon reach its limit to handle bulk ore. Put simply, it is too close to built-up areas. Nor can it comfortably accommodate the largest dry bulk vessels – capesize ships.

The good news is that the Northern Territory has long planned for a new port at Glyde Point, 90km northeast of Darwin City – outside the harbour. A potential alternative site is Murrumujuk, 60km northeast. Either of these locations would require a short rail extension. Either would provide a high-volume bulk ore seaport — or, indeed, a military port — needed to service fast-growing northern rail transport logistics. The new bulk port must be scalable to increase its capacity over time. Given the growing constraints on the Port of Darwin, we need to act now.

Thirdly, there are now good prospects for another national rail route running southeast from Darwin to Brisbane and on to Melbourne. This would drive business growth in regional south eastern Australia, with higher export loads through Darwin’s ports easing pressure on ports in the south east.

In 2004, former deputy prime minister, Tim Fischer, raised the prospect of a national rail route that would stretch “from Melbourne to Brisbane and then on to Mt Isa, Tennant Creek and Darwin”, His proposed rail route is nearly two-thirds complete – with the Inland Rail (Melbourne to Brisbane) due for completion in 2026 and the Tennant Creek to Darwin portion already operational as part of the Ghan rail.

As for the remaining third of the “Fischer Inland” route, a technical panel has assessed the Mt Isa to Tennant Creek portion as having “no major complexities…risks identified are manageable and there are opportunities to refine the [rail] alignment”. Costed at $4.6 billion, it would also connect Darwin to Townsville, providing an extra supply line for the Australian Defence Force. There is, so far, no assessment of the Mt Isa to Brisbane portion, though, more than likely, over half the route would utilise existing rail corridors (Winton to Longreach and Charleville to Toowoomba). This strategic line would provide a backdoor for Queensland’s exports, through Darwin, and help take the pressure off our congested southern ports and sea traffic through the Great Barrier Reef.

Put simply, we are on the cusp of creating highly effective northern (and national) logistics. That can only enhance our economic integration within Australia, with Asia, and beyond. Indeed, this kind of national “project” can reshape our future strategically and as a trading nation.

What does all this mean for Port of Darwin? First of all, whichever company has the valuable lease, it will need to manage the increasing volumes of cargo by continuing to adopt modern technology and infrastructure — such as wireless mobility and automated machinery — to increase efficiency. The Port of Darwin will remain under mounting pressure until the other proposed Darwin ports come on stream. Even after that, it will continue to be a thriving business.

Should Landbridge retain its lease? That should depend only partly on Defence’s review. If Cabinet applies a comprehensive national interest lens to the issue, it will also consider the longer-term national rail and port infrastructure needs of Darwin specifically and northern Australia generally – infrastructure that can make a real difference to our prosperity and security.

If the government is tempted to annul the Landbridge lease, it might ask itself another question: would the more than $500 million cost of abrogating the lease be better spent off-setting some of the cost of the new port and the nation-building rail link between Mt Isa and Tennant Creek?