India is facing a humanitarian crisis from COVID-19. John McCarthy, a former high commissioner to New Delhi, says Australia must do its share to help with vitally needed supplies and allow Australians there to come home – even if it stretches our own resources.

India is used to tragedy and pain. That does not mean it is inured to it.

Those who know India were surprised that it’s first round of COVID-19 did not do more harm. The inhabitants of its huge cities live cheek by jowl. Overall its public health structure is weak and in rural areas it is rudimentary. Most of its people are poor.

But the second COVID-19 round has struck with a vengeance. The reported figures are well over 300,000 new cases and more than 2000 deaths a day. Most observers see these figures as well on the shy side.

The reasons for the upsurge are manifold. One is that Indians, particularly its youthful population, got careless about social distancing. Another is that given the size of India’s population — about 1.3 billion — its vaccination campaign has been sluggish.

Moreover, Prime Minister Narendra Modi’s government has not distinguished itself. It has allowed melas, or huge Hindu religious festivals, to go ahead, one of which, the Kumbh Mela, attracts over 50 million pilgrims. He also has declined to curtail government party rallies. 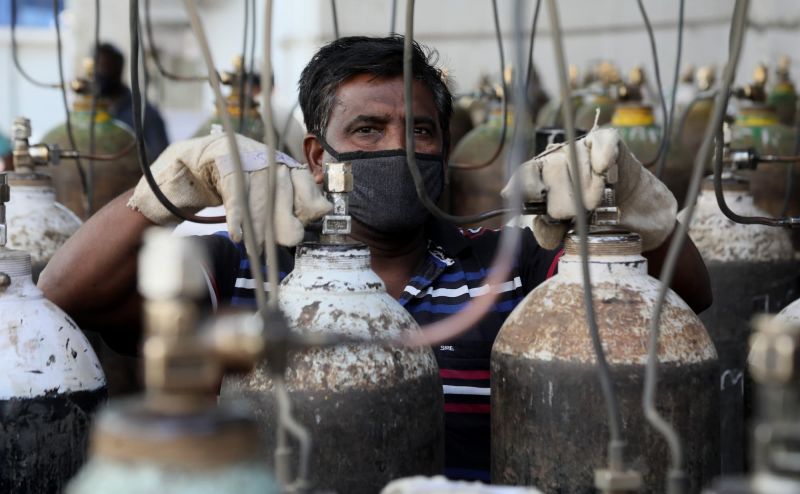 There are also concerns about a possibly more virulent new variant of the virus termed B.1.617, which is the product of multiple mutations.

Demonstrating both its desperation and its regrettable inclination towards autocracy, over the weekend the government drew on an information technology law to order Facebook, Twitter and Instagram to remove social media posts critical of the government’s handling of the pandemic.

The forecasts are dire – that the number of cases per day could peak in May at about 500,000 with commensurate deaths. Some private but well-informed views suggest much higher totals, even one million cases per day.

The shattering impact of the epidemic on India has already got the geopolitical savants thinking. What will it mean for Modi’s political fortunes?  Does it have implications for India’s strategic posture?

The more immediate issue for India’s friends is what we do about it.

India is important to Australia.

According to the Australian Bureau of Statistics, India in 2020 became our second biggest source of migrants after England. In 2019, it was the world’s fifth largest economy by nominal GDP and third largest as measured by Purchasing Power Parity (PPP). It is a major and growing trading partner and the upside potential is great.

With the rise of China, India has become central to our strategic policy focus – demonstrated by our joint membership of the Quad group of countries (the others being the United States and Japan).

For a country which takes pride in having significantly reduced its reliance on foreign assistance, it has taken the difficult step of seeking help from abroad better to respond to the COVID-19 pandemic.

On 25 April, the Biden Administration announced that the United States would provide to India materials used in the manufacture of vaccines as well as ventilators, test kits and personal protective equipment (PPE). Other countries are following suit.

One can correctly claim that India might have better managed the crisis. That is beside the point. We have all made mistakes on COVID-19. Australia must do its share — and generously — even if it stretches our capacity.

Appropriate assistance could comprise ventilators, PPE and, where possible, oxygen related equipment. We owe it to India not just for strategic reasons but because it is the right thing to do in a humanitarian crisis.

A second issue is what to do about Australian citizens stranded in India.

Some of our state governments might wish to think a bit more, not only beyond their borders, but beyond Australian shores. Our problems are negligible compared with countries like India.

It is fine and dandy to keep Australians safe, but in current circumstances that include bringing them home. One way of doing this would be to allow aircraft carrying relief supplies, empty on return flights, to bring back our citizens. We then might try harder to find quarantine locations.