Foreground // Foresight: Panel Discussion 'From the Ground Up' 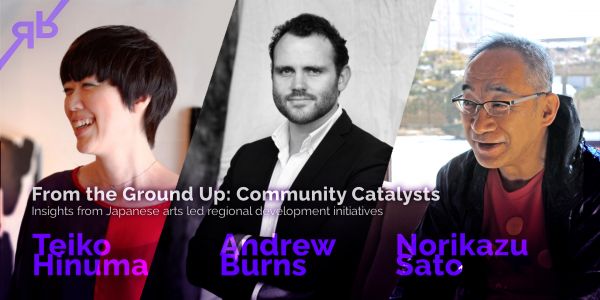 Aligned to Cementa’s commitment to promoting arts and cultural programs and development in Kandos and the Mid-Western region of NSW on Friday, October 15, Asialink Arts will present two events for The Spirit of '21. Foreground // Foresight reviews the impacts and changes that have been catalysed and sustained as a result of Japan’s pioneering locally situated and internationally focused arts festivals and arts platforms.

This panel moderated by Dr Pippa Dickson, Director of Asialink Arts, brings together leaders from Japanese arts-led regional regeneration projects to explore the trajectories and the social and cultural impacts of community-engaged placemaking. Teiko Hinuma, Norikazu Sato and Andrew Burns, will be invited to explore how the arts and architecture are crucial to expressing local identity.

Through an exploration of their respective projects the panel will examine the importance of understanding communities and working with local identities in developing and maximising stakeholder engagement leading to long term activation of place and sustainability. This program is presented under Asialink Arts’ new strategic initiative Regional // Regional. Teiko Hinuma (日沼禎子) is the Program Director of the Rikuzentakata Artist in Residence Program, a Professor of Art Produce and Museum Studies at Joshibi University of Art and Design, and a board member of AIR Network Japan. Previously, she worked for gallery management planning companies and art magazines as an editor.

In 1999, she was involved in the foundation of Aomori Contemporary Arts Centre. Until 2011, she served as a curator there, planning many exhibitions, projects, and residencies for artists. She has also served as the Program Director for the civilian artists support group ARTizan (Aomori), a project director of the Saitama Triennnale 2016 and art director of UBE Tokiwa Museum. 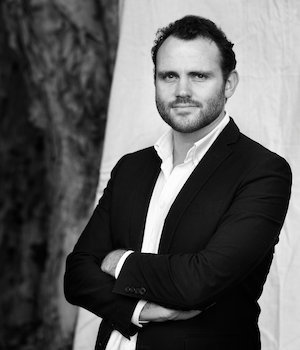 Andrew Burns graduated from the University of Sydney in 2004. Since establishment in 2008, his practice has undertaken residential, cultural, community and public projects. The practice’s approach seeks to combine social engagement with design excellence, and is characterised by precise geometry and material exploration.

In 2011, the practice received first prize in the Australia House design competition for the Echigo-Tsumari Art Triennale in Japan, selected by Tadao Ando from an international field of 154 entries.

In 2012, the practice was awarded first prize in an invited competition to transform a forgotten pocket at Gibbon's Rent into London's newest park and selected for the inaugural Fugitive Structures project at Sherman Contemporary Art Foundation, since installed permanently at Heide Museum of Modern Art, Melbourne.

In 2013 Andrew was a finalist for the Australian Pavilion at the Venice Biennale and received the RAIA National Emerging Architect Prize. In 2014, the practice was shortlisted for the Green Square Aquatic Centre project and received the Jorn Utzon Award for International Architecture for Australia House.

Recently, the practice has received the significant commissions of a new café in Hyde Park Sydney, Cranbrook School’s rural campus in the Wolgan Valley, a series of remote projects in National Parks throughout Australia and a number of large scale multi-residential, education and hotel projects. Norikazu Sato (佐東範一), Executive Director, NPO Japan Contemporary Dance Network, joined Butoh company Byakkosha in 1980 as both a dancer and company manager until it was dissolved in 1994. He studied arts management at the Dance Theater Workshop in New York in 1996. He then founded a non-profit organization, the Japan Contemporary Dance Network (JCDN) in Kyoto in 2001. JCDN organises Odori Ni Ikuze!! ("We are gonna go Dancing!!", a national tour project) affiliated with performance venues across Japan from 2000, including Asian tours.

JCDN has promoted Community Dance activities since 2008, and JCDN International Dance In Residence Exchange Project between Finland, Korea, U.S., Australia, Hong Kong since 2011. Sanriku-International Arts Festival is held annually by JCDN in Tohoku, a disaster area severely damaged by the Great East Japan Earthquake and tsunami since 2014. Now JCDN attempts to start New Dance Project in Japan and overseas, including exchange programs with international organisations. They have received the Japan Foundation's Prize for Global Citizenship in 2006 and Kyoto City Arts Promotion Prize in 2015.