Starting a second term in office, Joko Widodo aims to lay the foundations for Indonesia to become one of the world’s biggest economies by the middle of the century.  His dreams hinge on attracting more investment.  But as Donald Greenlees writes in the first of two articles on Widodo’s agenda for the new term, attracting sceptical investors will require deep and politically difficult reform, and perhaps a change of mindset.

Joko Widodo has expressed frustration to economic advisers in recent months over Indonesia’s failure to attract a ‘fair share’ of the foreign investment dollar going into Southeast Asia.

Even as foreign investment into the region has recorded solid growth, its biggest economy has failed to attract a level of interest commensurate with its size.

Neighboring Singapore absorbs the great majority of the region’s foreign direct investment (FDI) – close to a half, according to ASEAN’s latest investment report.  Indonesia, with an economy three times the size, saw the size of its cut of the Southeast Asian investment dollar slip slightly from 13.9 percent to 13.3 percent from 1996.  It is a state of affairs that the Paris-based Organisation for Economic Cooperation and Development (OECD) at least partly blames on an excess of regulation.

With Widodo entering his second and, barring a change to the constitution, final five-year term in office, he has looked to an uptick in investment to fulfil his ambitious goal of turning Indonesia into a $US7 trillion economy by 2045, which would place it in the high-income club.

He has structured the economic team in his second-term cabinet to place special emphasis on the task of creating conditions more conducive to investment, both domestic and foreign.

It is against the backdrop of disappointment that Indonesia failed to book an anticipated windfall from the US-China trade dispute as global businesses relocated out of China to protect their supply chains.  Vietnam has been the big winner there.

FDI inflows into Indonesia at 1.9 percent of gross domestic product (GDP) last year look small compared to the contribution it makes to many other Southeast Asian economies.

To succeed, Widodo will require a far more energetic and effective economic reform program than he produced in his first five years.  Despite the promise of a war on red tape, the World Bank notes about 1300 more ministerial regulations were produced by Widodo’s administration than in the last term of his predecessor.

Widodo’s legacy as president might in large part be measured by whether his policy actions can shift the investment numbers.

But there are two big hurdles to Widodo’s aims to modernise the economy through an injection of domestic and foreign capital.

First, Widodo starts his term amid considerable uncertainty over the state of the economy.  In briefings for the President, his most reliable economic adviser, the Minister for Finance Sri Mulyani Indrawati, has predicted a combination of adverse external conditions and internal bottlenecks will weigh the economy down in the next two years. 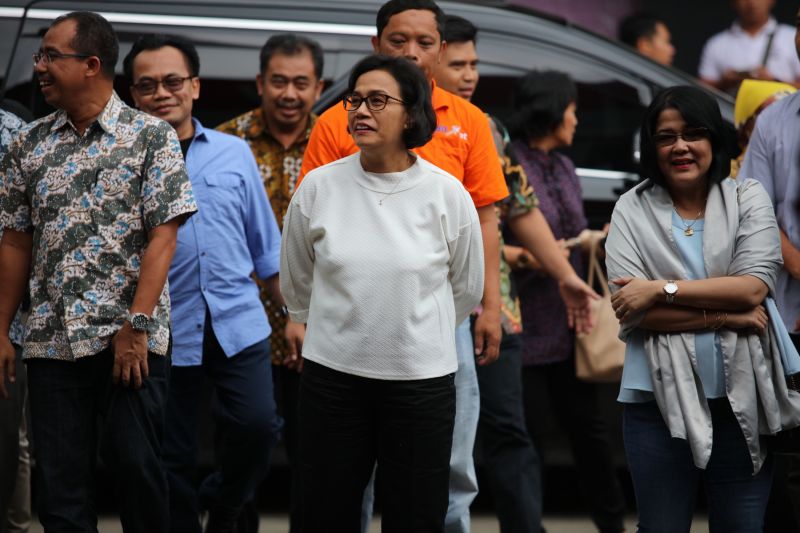 Some analysts believe the extraordinary stability of economic growth since 2014, hovering around 5 percent a year, is too good to be true.  The underlying economy is seen as much softer than official figures suggest.

This is eroding state revenue, which is likely to force Widodo to curb spending on signature social and infrastructure programs.  The government might test the statutory budget deficit limit of 3 percent of GDP.

Second, policy execution has always been, and is likely to remain, haphazard at best.  Widodo’s plans to boost investment rely on the success of a broad policy program that includes increased labor market flexibility, a renewed focus on education and training, bureaucratic and tax reform, streamlining approvals and regulations, liberalising foreign ownership rules, and improving the quality of infrastructure and logistics.  He aims to push through a 'big bang' reform by combining several pro-business measures in an omnibus law to overcome the usual procrastination of legislators.

Even as he embarks on this politically-difficult agenda, there are contradictory impulses that stifle foreign investment.  One example is a new law that establishes an elaborate set of requirements to certify imported and locally-manufactured products are halal or complaint with Islamic obligations; another is a suite of policy measures and decisions aimed at maximising national income and control in natural resource industries, previously one of the main draws of foreign investment. 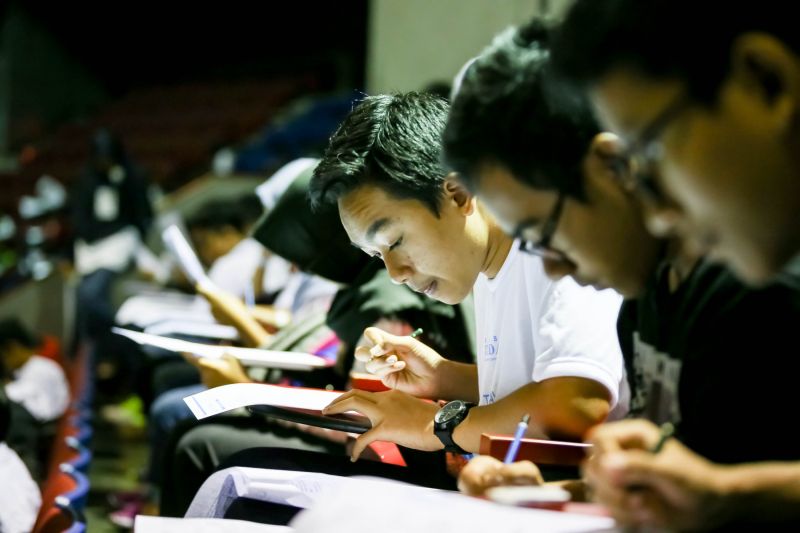 Students sit an exam in Bandung. President Widodo is set to put a renewed focus on education and training in his coming term. Image: Shutterstock.

Above all, an excess of regulation directly discourages investors.  An OECD index measuring FDI regulatory restrictiveness cites Indonesia as one of the most restrictive countries it assessed against criteria including ceilings on foreign ownership, approval procedures, restrictions on key foreign personnel, and other restrictions ranging from land ownership to corporate structure.

It found restrictions to be especially pronounced in services like communications, media and finance, industries that the OECD argues are powerful multipliers of growth for others and on which Widodo pins hopes of obtaining his broader economic goals.

The array of nationalist political interests and vested business interests makes deep regulatory reform difficult.  They are abetted by some historically-rooted suspicions over the benefits of foreign capital.  Prior to the 2014 elections a major newspaper ran a series of articles warning of the perils of foreign ownership in key sectors.  In fairness, Indonesia has achieved a substantial opening since 1997 when it was hit by economic crisis, yet so much more will be required to be competitive because other jurisdictions have been liberalising too.

Moreover, not all the relevant levers are in Widodo’s hands.  Ministers often have their own agenda.  The choice of key economic ministers is a mixed bag.  Widodo added the title of “investment” to the sweeping portfolio of his most powerful and effective minister, Luhut Panjaitan, a retired general.  He brought on board several ministers whose claims to office are grounded in business entrepreneurship, a pedigree that has not always translated to good stewardship in government.  In the mix are several political-party appointees who risk being subject to expectations of competing loyalties.

Of perhaps greater significance is the divide between the macro and micro factors that determine the success and attractiveness of foreign investment.  Foreign business people cite a multitude of impositions, inconsistencies, inconveniences, and inefficiencies that while each seemingly small, collectively damage operations.

How they manifest varies from enterprise to enterprise and industry to industry. Dealing with them will require a change of mindset that can only weakly be influenced from the top.  There is no doubt the President wants to throw open the door to investment and is willing to make some tough decisions to improve competitiveness.  Since the start of his second term, he has moved to reduce restrictions on the types of foreign investment and make it easier to process paperwork.

But real progress is likely to be incremental.  This won’t suit Widodo’s time horizons.  He has two to three years to get things done before the election cycle turns the attention of his allies and appointees to the presidential succession.

Australian interests will be caught up in this as Canberra and Jakarta try to implement their Comprehensive Economic Partnership Agreement (CEPA), due to come into force by early next year.  It is frequently remarked that business investment is an underdone part of the bilateral relationship.  Total two-way investment amounted to just $A6.7 billion in 2018 in a combined economy of $A3.7 trillion. 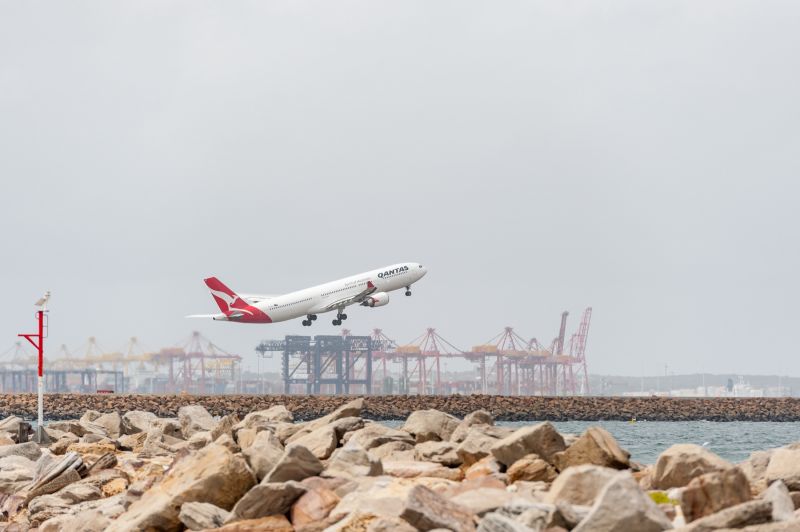 The Australia-Indonesia Comprehensive Economic Partnership Agreement (CEPA) is due to come into force by early next year. Image: Shutterstock.

One aim of the CEPA is to rectify that.  Both sides will need to establish effective mechanisms to monitor and solve problems as they arise in individual cases. This will be labor intensive and time consuming, but it will be the only way to ensure success.  The key will be to ensure engagement by business in the agreement’s implementation.  Re-establishing a regular, high-level business dialogue with relevant senior officials on both side should be a near-term priority.

As a senior executive of a national business lobby recently commented, Indonesia seems to have an “allergy” to foreign investment.  The remedy might start with Widodo, and be aided by Indonesia’s economic partners, but will be ultimately determined by whether a wider constituency of government and business elites welcome the foreign dollar.

Donald Greenlees is senior adviser to Asialink, University of Melbourne, and is a visiting fellow at the Strategic and Defence Studies Centre, Australian National University.  The views expressed are his own.