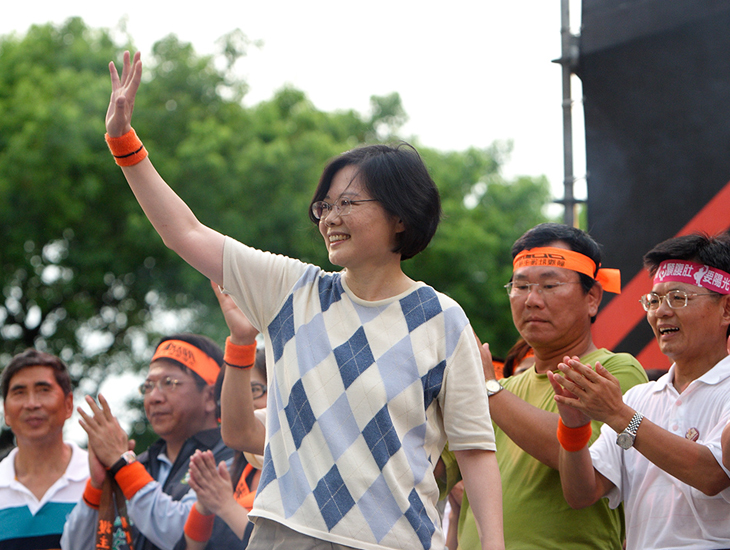 On January 16 Taiwan elected its first female president, Tsai Ing-wen from the Democratic Progressive Party (DPP). Her victory was expected – Tsai Ing-wen had held a large lead in opinion polling in the months leading up to the election – but the size of her winning margin was still a surprise. She won nearly double the number of votes of her nearest rival, Eric Chu, from the ruling party, the Kuomintang (KMT). The DPP also took a majority in the legislative assembly, which will be very important for the success of her Presidency.

The reasons for Tsai’s win have been thoroughly canvassed in commentary on the election result. The KMT government had failed to demonstrate transparency in its negotiations with Beijing over a number of cross-straits economic and administrative agreements, opening it to accusations of cronyism and secret deal-making. The KMT’s cultural policies, which emphasised Chinese identity, ran counter to long-term trends in Taiwan’s identity politics. Taiwan’s economy is also performing poorly, and the KMT had not dealt effectively with low wage growth and unaffordable housing. Taiwan had seen a number of remarkable student-led protest movements in recent years, culminating in the Sunflower Movement of 2014, and Tsai had strong appeal to young activist voters.

The election can also be understood in a regional and geo-political context.

As with previous elections, the result can be been mapped against cross-straits relations. Tsai’s Taiwan-centred policies are adverse to Beijing’s policy goals and this raises the possibility that tension will rise in the Taiwan Straits. This has geo-political implications as tension in the Taiwan Straits is a key variable in the US-China relationship.

In Australia, relations with Taiwan are conducted in accordance with the One China Policy. Through artful elisions on the meaning of China, a very effective bilateral relationship has developed in trade, tourism, and education, without formally conferring Taiwan diplomatic recognition.

Australia’s relations with Taiwan in the Tsai era are likely to maintain this trajectory in the medium term. Taiwan is Australia’s eighth largest trading partner and it is especially important in regional economies with smaller mining sectors. For instance, Tasmania’s second biggest export market is Taiwan, and exports have been rising modestly but steadily for a number of years. Young Taiwanese are eligible for 417 working holiday visas and are the second largest 417-visa cohort after UK citizens. Because of the geographic restrictions on the 417 visa, young Taiwanese are important for meeting labour demands in Australia’s regional areas.

A significant step in bilateral relations along this trajectory would be establishing a free trade agreement.

A bilateral FTA has support in certain areas of policy-making in Australia, and with steep tariffs on exports such as agricultural produce, an FTA would be especially valuable for the non-mining states.

In a regional and geo-political security context, however, Australia’s relations with Taiwan would still benefit from deeper policy thinking. With Tsai Ing-wen’s election win, the time is right for Australian policy-makers to shed some unexamined assumptions about Taiwan, its history and the direction of cross-straits relations. Instead of placing the Chinese civil war and the historical rivalry between the Chinese Communists and Nationalists at the centre of our analyses, Australian policy-makers can recognise the legacy of Taiwan’s modern political history. This goes back to the early Japanese colonial era after 1895, and includes the terrible violence of the 1947 anti-Chinese Nationalist uprising, and the martial law era from 1949 to1987.

Tsai’s policies emphasises the importance of transparency and democratic process, and support for socially-progressive and environmental issues. Her political rhetoric speaks to Taiwan’s unique island history and identity. These things matter to the Taiwanese public because of the enduring salience of Taiwan’s history under colonial rule, and the struggle for democracy.

While Australia’s policies towards Taiwan will always be shaped by the strategic realities of our relations with the US and China, there is an opportunity to better understand the concerns that motivate the Taiwanese people in their political, social and cultural lives. In doing so, Australia might fulfil some of the promise of our engagement with Asia, and we will establish better foundations for our bilateral relationship in the Tsai Ing-wen era.