Thailand: After the Election

While the Prime Minister will remain unchanged, Sunday’s election in Thailand has thrown up some surprise results, writes James Wise, who served as Australia’s Ambassador to Thailand from 2010 to 2014. 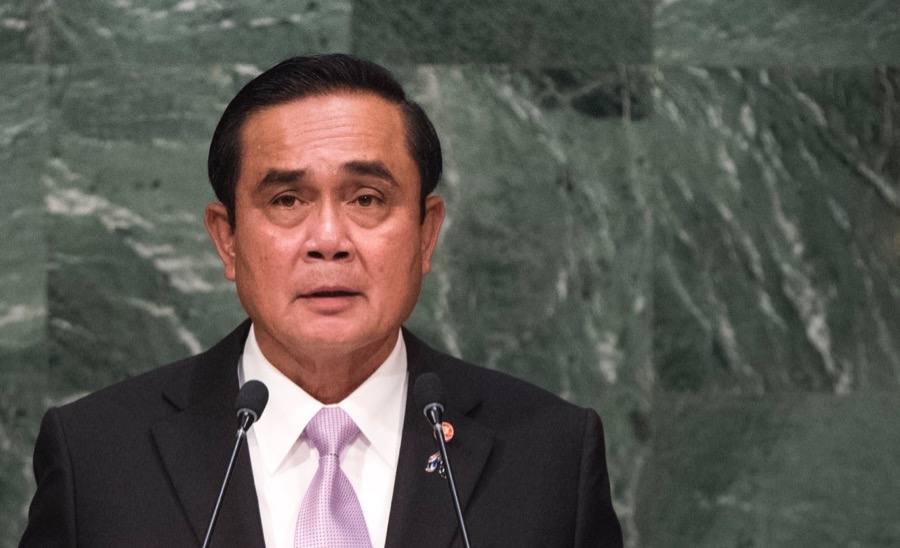 The final results of the 24 March election in Thailand are still unclear.  So is its integrity.  Even before the election, the military-appointed Electoral Commission had shown bias, censuring anti-military parties for alleged breaches of the electoral law, while failing to investigate complaints against the pro-military party. Naturally, then, reports of electoral malpractice aroused suspicions.  The Electoral Commission and the courts are likely to dismiss alleged irregularities as immaterial administrative glitches.

Some things, though, are quite clear.  For a start, the man who led the 2014 coup against the elected government, General Prayuth Chan-ocha, will continue to be the prime minister.

Prayuth has re-designed the political system to make it easy to keep his job.  Under the new constitution, by mid-May he will appoint the entire upper house of 250 senators.  In late May, these 250 senators will sit together with the recently elected 500 MPS to choose the prime minister.  To reach a majority of 376 votes, Prayuth needs only 126 of the elected MPs to join hands with his 250 appointed senators.  His own party, Palang Pracharat, won’t have 126 MPs, though it will go close.  But several smaller parties will readily back Prayuth – in return for portfolios in a new military-led coalition government.

Palang Pracharat attracted more support than predicted, and more than its leaders expected.  Older voters, and many Bangkok-based voters, seem to prefer the stability of military rule to the uncertainty, even turmoil, associated with elected governments.  They have also assumed that Palang Pracharat is aligned with the monarchy, which remains an important institution in the minds and hearts of many Thais.  And the military government has used its incumbency to attract voters: conducting cabinet meetings and other vote-chasing activities in the provinces; persuading some former pro-Thaksin MPs to switch sides; and handing out welfare and other enticements to poorer voters. Furthermore, voters in many parts of the country were also impressed by visible evidence of the government’s massive expenditure on infrastructure, especially new roads and railways.

Also clear is the continued political influence of Thaksin’s Pheu Thai Party, which will be the largest party in the parliament, though lacking majority support. It continues to attract voters in the populous north-east and north of the country.  But it has not done as well as before.  The new political system was designed to make big parties, like Pheu Thai, smaller.  Pheu Thai also suffered because one of its affiliated parties, Thai Raksa Chart, was banned during the campaign because it appointed the King’s sister as its prime ministerial candidate. Pheu Thai also lost votes to a new party, Future Forward.

Like Palang Pracharat, Future Forward attracted more support than predicted, and its leaders expected.  Some of the party’s policies are decidedly anti-military, e.g. a smaller military budget, fewer generals, no conscription.  Future Forward won’t be able to implement its provocative policies from the opposition benches.  But the party, which espouses liberal democratic principles, will have a platform in parliament from which to advocate political reform and to condemn anti-democratic actions by the military-backed government.

Historically, many Thais have tended to see democracy in fairly narrow terms: as an elected government with a civilian prime minister; and these sorts of governments have certainly been more democratic than military regimes.  Thais have not focused as much on other elements of a democratic system: freedom of expression; human rights; separation of powers; checks and balances; an independent judiciary; and the rule of law.  Future Forward is likely to lift the profile of these critical features of democracy.  In this regard, Future Forward is different from Pheu Thai.  Thaksin supported democracy because elections provided him with an avenue to power, not because he valued the formal features or conventions of a democratic system.

Although the elected lower house of parliament will not be able to select the prime minister by itself, it will play a role in passing legislation and approving the budget.  Critically, it can also censure the government and pass motions of no-confidence – with no involvement of the Senate.  In addition, MPs will argue that, because they are elected, they have a legitimacy that the unelected prime minister and unelected senators lack.

Prayuth may have re-designed the political system to make it easy to keep his job, but the new system also makes his job harder.  As a former army chief, he is used to giving orders and having them obeyed. In late May, he loses his dictatorial powers.  To build a coalition government, and keep it together, Prayuth will need skills that, to date, have been well hidden: empathy, patience and a cool head.

James Wise is an author and analyst on Thailand. His book “Thailand: History, Politics and the Rule of Law” will be published by Marshall Cavendish in April 2019. He was Australia’s Ambassador to Thailand from 2010 to 2014.