Strengthening economic integration in ASEAN and the Asia Pacific 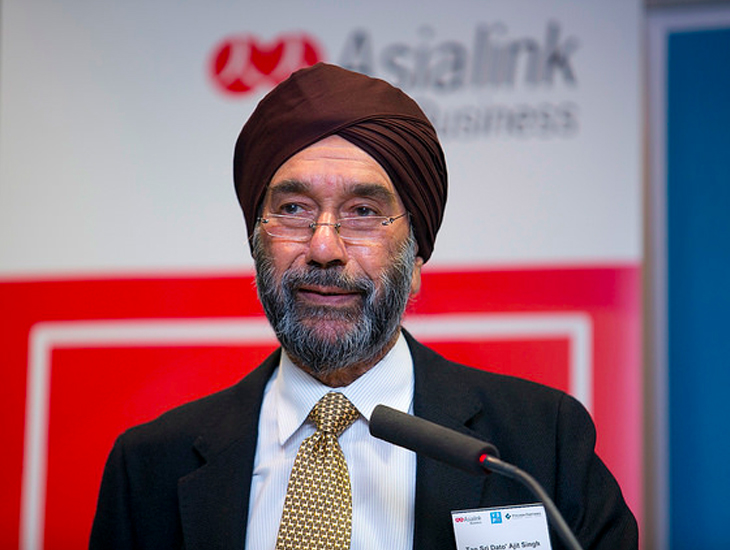 The countries, markets and communities of East and Southeast Asia have become increasingly interconnected over the past three decades. With stronger regional architecture, the rise of China and India as global powerhouses, and a proliferation of free trade agreements, economies across the region have never been more integrated.

We had the opportunity to speak with Tan Sri Dato’ Ajit Singh – the first Secretary-General of the Association of Southeast Asian Nations (ASEAN), Southeast Asia’s key regional institution – on some of the major changes over this period and developments ahead.

A distinguished Malaysian diplomat, Tan Sri led ASEAN through a significant stage of the organisation’s development and enlargement. He visited Melbourne in April to deliver a keynote address at an event organised by Asialink Business, in partnership with the Young Sikh Professional Network (YSPN).

What are the main changes that have shaped the development of ASEAN since the 1990s?

The end of the Cold War, the rise of China and India, and the strengthening of ASEAN as an institution and its gradual evolution from being a mere Association to an ASEAN Community working towards greater integration (based on the three pillars, political and security, economic and socio-cultural) have provided a strong impetus for ASEAN to play a pivotal role in the larger regional architecture being woven in the Asia-Pacific.

The end of the Cold War paved the way for the significant enlargement of ASEAN, (and its progression to becoming the ten-member body we know today), as it normalised relations with Vietnam and Laos. Vietnam joined ASEAN in 1995, followed by Laos and Myanmar in 1997, and Cambodia in 1999.

“In Europe, the end of the Cold War brought about the consolidation of [European] countries under the EU banner, while further west, North America joined Mexico to form NAFTA. These two entities were already dominating global trade and were ASEAN’s key trading partners.

“Up to that point, ASEAN itself had very little to show in terms of economic cooperation. Its share of global trade was only around one per cent, compared to the EU’s thirty per cent and NAFTA’s seven per cent.  Intra-ASEAN trade was a mere 20 per cent of its total trade.  ASEAN realised that it had a very long way to go and that that if it didn’t come up with an adequate response, it would lose out,” Tan Sri said.

With this challenge in mind, ASEAN’s members moved to strengthen intra-ASEAN economic integration by establishing the ASEAN Free Trade Area (AFTA) in 1992. It also took steps to promote broader regional discussion and cooperation in the ASEAN Regional Forum, which was established in 1994.

Tan Sri observed that another key development during this period was the move to strengthen ASEAN as an institution. The role of the Secretary-General was elevated, including to be given ministerial status and a designated five-year term. The Secretary-General was given a mandate to initiate, advice, coordinate and implement ASEAN activities (such as the AFTA), as well as the autonomy to recruit staff directly from member countries.

“The end of the Cold War also gave a push to ASEAN to look more closely and seriously at its own structures and mechanisms, to ensure they were working well, and at the same time, to strengthen cooperation amongst member countries, especially economic cooperation,” Tan Sri said.

What is in stall for the next chapter of regional economic integration?

ASEAN launched its Economic Community (AEC) in January this year, aimed at creating a single market and production base for goods, services, capital and labour across Southeast Asia.

This major development, combined with the conclusion of the Trans Pacific Partnership (TPP) and ongoing negotiations on  the Regional Comprehensive Economic Partnership (RCEP – involving ASEAN plus Australia, Japan, China, India, the Republic of Korea and New Zealand), is helping to accelerate economic integration in the region and further afield.

These trends are set to continue.

Tan Sri said that ASEAN’s efforts were already bearing fruit as can be seen in the foreign direct invetment (FDI) inflows into the region. Citing the ASEAN 2015 Investment Report funded by the Australian Government, he said that in 2014, for instance, ASEAN saw its strongest FDI inflows since 1993, surpassing even China. What was particularly heartening was that ASEAN was becoming one of the largest investors in its own region (accounting for 18 per cent of the total regional FDI inflows).

“There will be a trend to further strengthen regional integration, even to the point of including countries outside of ASEAN’s immediate area.  It’s not going to be exclusive. It will be inclusive,“ Tan Sri said.

“These attempts at promoting liberalisation and deregulation of trade and investment - along with the movement of professionals across borders - are for the good of the region. It will certainly have a big impact on ASEAN.”

How can Australian business ensure it plays an active role?

Australia has a long history of cooperation with ASEAN, having become ASEAN’s first dialogue partner in 1974.

With the ASEAN-Australia-New Zealand Free Trade Area (AANZFTA) now into its seventh year, there is considerable opportunity for Australian businesses to deepen trade and investment ties across the region and play an active role in ASEAN’s ongoing economic transformation.

“Business people on both sides will find it very conducive to take advantage of the FTA (the AANZFTA) and explore investment possibilities,” Tan Sri said.

Tan Sri noted that although Australia was the fifth largest investor in ASEAN last year, the investments accounted for just over four percent of ASEAN’s total FDI.

“Obviously, there is a huge potential to be tapped. With so much going for both ASEAN and Australia, it’s a pity that Australia’s profile in ASEAN is barely visible over the horizon as compared to the Japanese, Koreans, Chinese and the Indians,” Tan Sri said.

“Infrastructure, ICT and connectivity, and services” were just some of the sectors where greater investment would be welcome.

“One idea would be for both ASEAN and Australia to plan a road show in Australian cities to highlight the opportunities that await the potential investor in ASEAN….At the same time, from my experience, even though there are associations of commerce and industry in many capitals in ASEAN playing active roles, things move faster when the captains of industry and the CEOs themselves get involved. Hence if these CEOs could meet their counterparts in ASEAN countries at forums with a focused agenda, much more can be achieved for the mutual benefit of both sides.”

Tan Sri concluded by noting: “There is a lot of goodwill for Australia in ASEAN capitals and this should be exploited to the full.”