India Votes: A Tale of Populism, Dynasties, and Logistical Feats

Renowned scholar Professor Ramesh Thakur assesses the political landscape after five years of Modi rule and evaluates an electoral system that could offer some useful lessons for Western countries, including Australia. 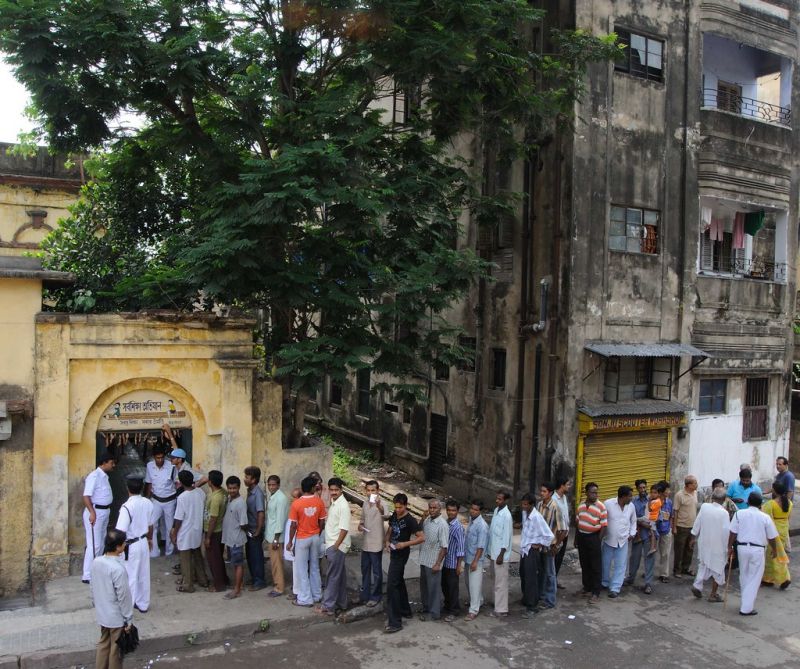 The long Indian election has completed the second of seven “phases”, covering 188 or about one third of the seats being contested.  Voters in a further 116 constituencies went to the polls on 23 April in the third phase of an election that will run until 19 May, with counting to begin and results to be announced on 23 May.

The Indian elections are a massive logistic exercise – 900 million people are eligible to vote at around one million polling booths for 464 political parties.

The choices facing Indian voters in 2019 are equally big – Prime Minister Narendra Modi, leader of the Bharatiya Janata Party (BJP), is seeking to hold off a challenge from the old establishment Congress Party, led by Rahul Gandhi, and a diverse range of regional parties.  The polls point to an erosion of Modi’s 2014 landslide and even the possibility of intense post-election coalition building.

In 2014, the charismatic but polarising Narendra Modi led the BJP to victory in national elections because voters rejected the stale, populist and patronising politics of a corrupt ruling Congress Party coterie around a cocooned first family. For the first time in 30 years, a single party commanded a majority in the Lok Sabha (House of the People).

Citizens, especially the aspirational youth, were drawn to Modi’s promise that the country deserves and can do better. The biggest indictment of the Nehru-Gandhi family-dominated Congress may well be that Modi could never have been their prime ministerial candidate.

In so thoroughly cleansing the lower house of parliament – down from 206 to 44 in a legislature of 545 seats – voters decisively repudiated the politics of dynasty, inheritance, entitlement, corruption and sycophancy.

Astonishingly, the Congress Party refused to regenerate by cutting the umbilical cord with the Gandhi family. The sycophants circled the Rahul Gandhi wagon and he was ‘unanimously’ chosen to be party leader.

The fact Gandhi managed to lead Congress to victory in some key state elections late last year to puncture Modi’s aura of invincibility does not negate the overall conclusion that the first family is the pathology, not the cure for the party’s terminal illness. Hence Modi taunts that for Congress, history falls into BC and AD: before Congress and after dynasty.

To be sure, India remains the world’s fastest growing major economy, but it is at least 1-2 percentage points slower in its growth trajectory because of the policy timidity and sops to populist subsidies and giveaways. The failure to conclude a free trade agreement with Australia despite a decade-long negotiation is itself symptomatic of the country’s chronic incapacity to make and implement tough decisions in a timely manner. 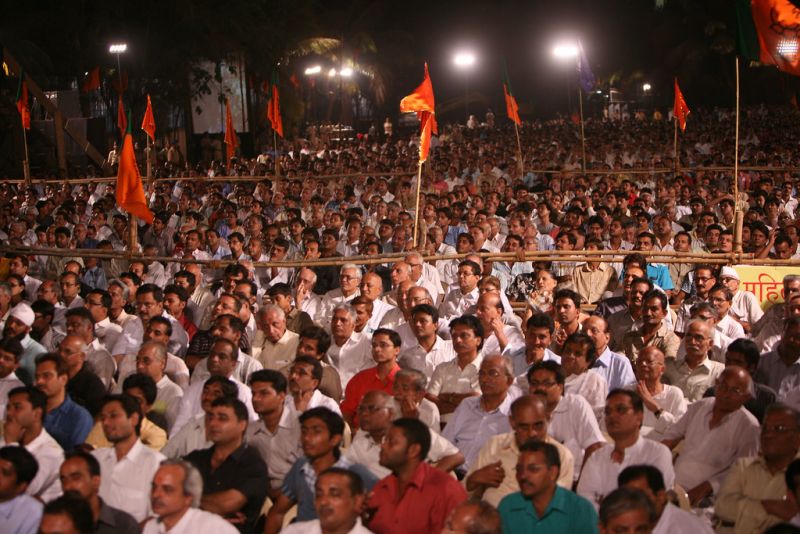 The NDA has the BJP at its core. The UPA has in the past formed around Congress, but with its size reduced so drastically and regional parties in the ascendant in some of the most populous states, it is difficult to predict which of the UPA constituents will form the largest bloc after the election. The NDA enters the fray with its prime ministerial candidate known. For the UPA, every regional satrap will have ambitions to be prime minister and so their choice of candidate for the top job cannot be known before the vote. This is a considerable handicap in any modern democracy.

A Times Now-VMR poll two weeks ago, predicted that a Modi-led NDA government would return to power.

Modi is preferred to Rahul Gandhi as prime minister tenfold. Nevertheless, Modi is faulted for the failure to create jobs for nearly one million Indians who enter the workforce every month, his quixotic demonetisation decision and the rise in Hindu intolerance across the country.

Other polls have pointed to a hung parliament. According to this scenario, NDA is forecast to fall short of the magic number of 273, needed to cross the line for a majority, with the UPA winning 165. The result would be a period of coalition building negotiations.

However, the poll bounce after the clash with Pakistan in February could see the NDA secure an absolute majority once again.

While the outcome remains to be seen, there is one feature to the 2019 elections that is an enduring monument to Indian democracy.  India’s election machinery and logistics are something that Australia could learn a lot from, if it were not for the embedded subconscious racism that rejects the very possibility of an advanced white democracy learning from a poor Asian developing country.

In early March, the Election Commission of India (ECI) announced the poll schedule. Let me repeat that. The ECI, not the prime minister or the government, announced the dates of the election, although the government still chooses the date on which the current Parliament’s term ends.  This takes away, not all, but certainly one important advantage of incumbency.

The ECI is the world’s most powerful and consequential electoral organisation. It is a constitutional office. Its constitutional status elevates its authority, importance and stature.

The Chief Election Commissioner is given security of tenure on par with the judges of the Supreme Court of India. The Constitution also makes it mandatory for the federal and state governments to make available, on request, “such staff as may be necessary for the discharge” of the ECI functions.

The ECI is responsible for delimiting 545 parliamentary and more than 3000 state assembly constituencies, organising and conducting national and state elections, recognising political parties, establishing procedures for the nomination of candidates, and registering all eligible voters.

It also drafts a Model Code of Conduct that kicked in as soon as the election schedule was announced. This governs the entirety of elections, from political speeches and rallies to manifestos, polling booths, general conduct and social media.

Among its requirements: no public meeting can be held in the final two days before the vote; the religion and caste of opponents must not be mentioned in campaigning; ruling parties in New Delhi and the states may not announce any new policy or project; cabinet ministers may not use official machinery or combine official visits with campaigning, or use public money for publicity or propaganda.

Thus on the evening of 10 March Defence Minister Nirmala Sitharaman forswore her government car to get to Chennai airport, and took a commercial flight to New Delhi instead of a special aircraft. Officials were told to avoid the usual airport send-off and meet-and-greet duties. Mid-way through the elections, four to five prominent political leaders, including the head of government of India’s most populous state Uttar Pradesh, had been banned by the ECI from campaigning for periods of 48-72 hours in a public rebuke for violations of the Model Code of Conduct.

The elections are being staggered over seven phases from 11 April to 19 May. Of the 900 million eligible voters, around 65% will likely vote. Counting for all seats will begin on 23 May and we should know the overall outcome that evening. Contrast this with the drawn out and messy process in Australia.

The reason for the staggered voting, and a comment on the immense professional competence, organisational skill and integrity of the ECI, is the sheer scale of the exercise. The numbers are mind-numbing. The number of polling stations in 2014 was 913,000; there were 1.3 million electronic voting machines staffed by over four million election personnel; and security was overseen by two million-plus police officers. The biggest constituency had three million people.

Yet for all that, the system is not without its faults. The ceiling on election expenses is around USD$100,000. This restriction on campaign funding is at odds with the reality on the ground. As most MPs will have spent five to ten times the authorised amount by campaign end, it means that almost every single MP’s first official duty, the oath of office, will be a false declaration. In addition, and more seriously, between one-quarter and one-third of MPs tend to have serious criminal cases pending in the courts.


Ramesh Thakur is emeritus professor at the Crawford School of Public Policy at the Australian National University.  This article is adapted from one that appeared on John Menadue – Pearls and Irritations.