Japan has entered its third “lost decade" of economic malaise following the collapse of its bubble economy in the early 90s.

Barring a period of genuine and sustained economic reform under the charismatic – a rare descriptor for a Japanese prime minister – Junichiro Koizumi in the early 2000s, the defining feature of the world's third largest (formerly second) economy in recent memory has been stagnation.

Of the many contributing issues have been a two-tier economy of world class exporters and hopelessly inefficient domestic institutions; entrenched deflation as bubble assets like property and equities plunged in value; fiscal challenges and, underlying much, a shrinking, ageing population.

Koizumi's mantra was “reform with no sacred cows". He wasn't as successful as he hoped but was more successful than many thought possible.

But to Japan's immense misfortune, the reform momentum stalled in the years after he left office as Japan stumbled from one inept administration to the next with multiple prime ministers.

Now it has found, if not another Koizumi, at least a prime minister prepared to tackle reform, with Shinzo Abe. Abe may lack the Elvis-loving Koizumi's charisma and his first stint as PM may have ended ignominiously with illness, but he is having a genuine impact.

And that, according to Dr Motoshige Itoh, is in part simply because he has managed to stay in power for several years. 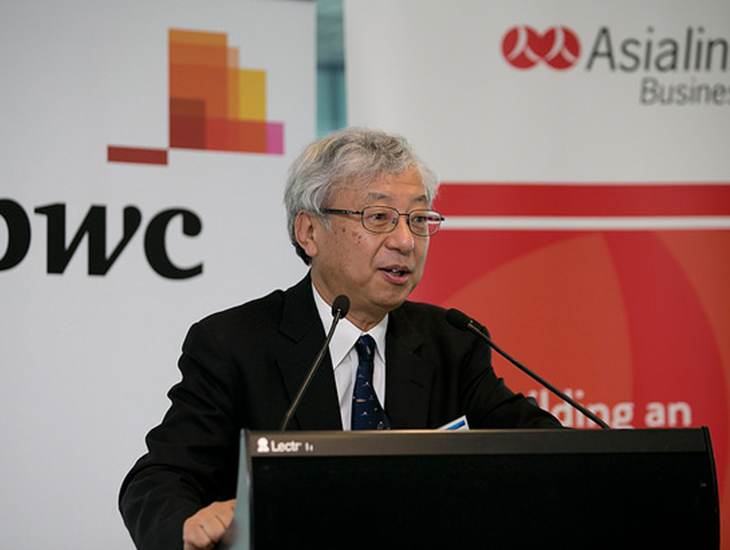 “We can't underestimate the importance of political stability," Dr Itoh explained when I caught up with him during his current visit to Australia. (He's been a frequent visitor since the late 80s).

Itoh is Professor of Economics at the University of Tokyo and as well as an economist is a leading policy advisor and author, sitting on a range of committees for institutions like the World Economic Forum and, in the past, the Bank of Japan.

His latest book translates as "Japan's Economy at a Turning Point" and it's a theme he elaborated on during his trip.

Itoh is under no illusions about what continues to confront Japan, in particular the challenge of demographics and economic stimulus, but he is actually optimistic on reform.

And remarkably, demography is something he sees working in Japan's favour. The numerous vested interests which have historically held back reform in Japan, notably in the agricultural, construction and distribution sectors, are losing their power in part because their constituents are dying off.

Even when I was a foreign correspondent in Japan a decade and a half ago, this was often an excuse for not pursuing aggressive reform because the hope was opponents were old and would die off. But the opponents of reform have appeared as long living as the Japanese population more generally.

“I see three major forces in Japan that are having an impact: trade agreements such as the Trans Pacific Partnership; genuine globalisation of the Japanese economy; and tourism – which forces Japan to open up. And this also helps another challenge, foreign investment into Japan."

Like Koizumi's “risutora" - grand restructuring – Abe has a rallying cry: “Abenomics" with its three major arrows of monetary easing, fiscal stimulus (and smaller darts such as “womenomics" to encourage greater gender equality).

The first two arrows were shot quickly and had an impact even if they have produced their own technical difficulties such as the challenge for the Bank of Japan to actually grow the monetary base – arrow one – when there is insufficient demand for commercial paper and bonds due to negative yields.

But it has been the third arrow which many argue misfired and it is the restructuring of the economy which remains essential for a enduring growth.

Itoh believes restructuring is taking place, supported by Abe's near six year reign as opposed to six PMs in six years before him. “What we have to accept is Japan is a modern, sophisticated, relatively high wage economy – we can't compete on labour or taxation like Singapore or Hong Kong," he says.

“But, like Germany, we are very competitive in sectors which are essential to the emerging world economy, whether that is in medical technology and services or robotics or precision engineering."

Notably Apple chose Yokohama near Tokyo as the site of its next big innovation centre after a global search. Itoh says a deciding factor was the availability of a highly skilled, innovative work force.

Itoh concedes some fundamental barriers to productivity growth in Japan remain, such as an entrenched opposition to immigration of any scale, but says the growing importance of the tourism sector together with the broadening trade agenda means Japan is easier and easier for foreigners.

“I'm from Shizuoka, near Mt Fuji, and tourism has long been very important but in the past for the domestic market. So the hotels, the infrastructure, were very old, it needed investment," he says.

“But now there is demand by budget airlines to use secondary airports which are much cheaper so this has meant more flights to Shizuoka, more foreign tourists coming to see Mt Fuji, and Chinese companies are buying and upgrading hotels in the region."

More micro-economic reform is needed and one reason for Itoh's visit was to speak at a PwC-Asialink forum on the opportunity for Australia as Japan shifts.

The “outlook for Japan-Australia business relationship hinges on reforms and inter-regional trade," the report added and Itoh agrees.

It's easy for long term Japan watchers to say they've heard all this before and the seeming intractability of deflationary forces – even with negative interest rates – feeds scepticism. 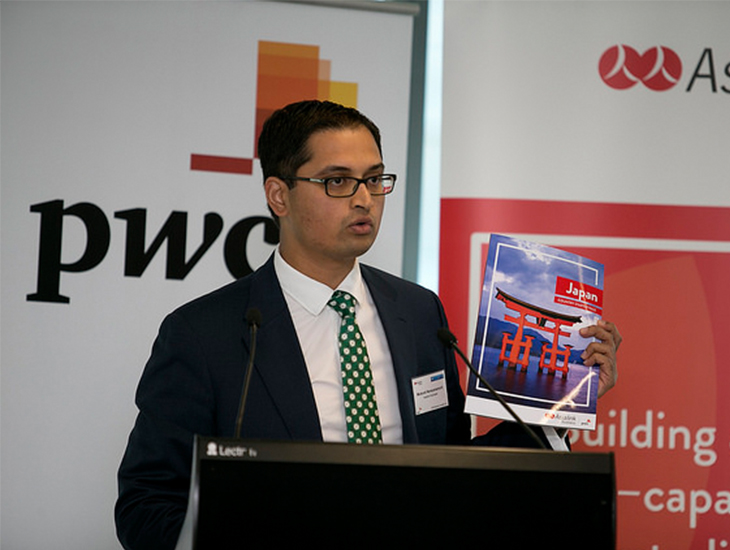 Itoh disagrees. Deflation has stabilised, he says, while “zombie" companies are finally being put down – in part because labour shortages due to the ageing population render them unviable even if banks don't act.

The agricultural lobby is at last weakening in the face of trade agreements. And the fact 9 per cent of agricultural companies provide 60 per cent of profits demonstrates, in Itoh's view, the protectionist farm lobby is losing power (and ageing).

And while immigration remains difficult, corporate immigration is happening more and more. Icon companies like Sharp and Toshiba have gone to Taiwanese and Chinese owners.

For Itoh, and many other observers, this is a good sign. As is the world's demand for information technology, energy efficiency and advanced manufacturing – all sectors where Japan is world leading.