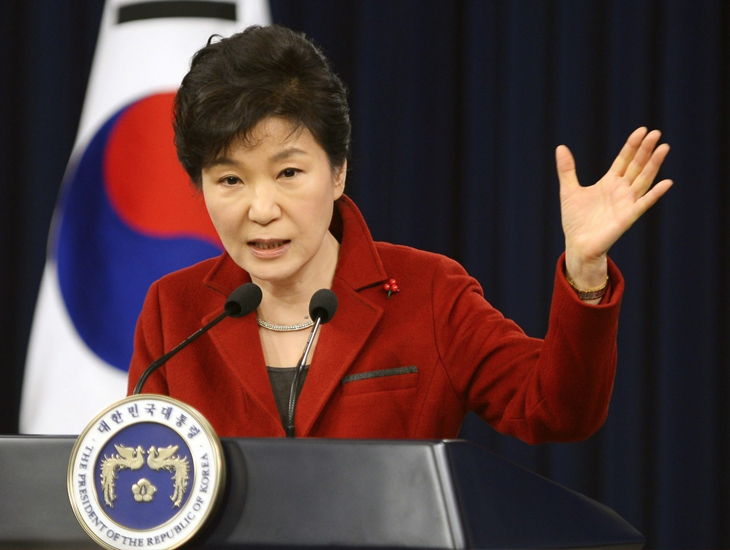 The friendship of Australia and Korea dates back to 1889 when Australian missionaries arrived in Korea’s southern port city Busan.  Since then, Australia’s trading relationship with Korea has developed significantly.

Australia’s relations with Korea span the fields of trade and business, security, education and culture.  But there remains a lot of untapped potential in the relationship, and opportunities for Australians to learn about Korea, one of our longest standing friends in the Asia Pacific region.

She has promised to implement her “474 Vision” which represents her policy goals of achieving 4% economic growth, a 70% employment rate and $40,000 per capita income.

Progress on these goals has so far been patchy.

Like many advanced economies, Korea faces significant demographic challenges such as an ageing population and low birth rates which threaten the sustainability of the Korean population and workforce.  With no serious immigration policy, Korea now has the fastest aging population in the world.  These rapidly changing demographics will have a profound impact on Korea’s economy, workforce and education system.

President Park has made reunification of the Korean Peninsula a priority, with an emphasis on trust building measures between South and North Korea.

Korea’s relationship with China is significant for its economic strength and the speed with which it has developed.  Over a period of just 20 years, China has become Korea’s largest trading partner.  Relations with Japan are still difficult, with tensions over history issues and territorial disputes still troubling the relationship.

The last two years have heralded a new chapter in Australia-Korea bilateral relations with the inaugural Australia-Korea Foreign and Defence Ministers’ (2+2) Meeting and the signing of the Korea-Australia Free Trade Agreement (KAFTA).

Korea is currently Australia’s third largest export market and fourth-largest trading partner.  On a GDP basis the Korean and Australian economies are similar in size, and growth rates are expected to track at the same level in the coming years.

Since the beginning of Korea’s industrialisation, Australia has been the principle supplier of industrial raw materials and energy resources to Korea.  The Korean steel-making company, POSCO, is Australia’s largest single export customer.

With KAFTA coming into force, Australian agricultural goods will also benefit enormously along with the traditional strong exporting sectors such as mining and manufacturing.

Australia is now the biggest supplier of meat to Korea and the South Korean market is Australia’s fourth-largest for beef exports.  The promised tariff cuts delivered by KAFTA will enable Australian beef exporters to maintain their competitiveness against other major exporters to Korea, including the US.

Technology and science is an area of huge potential for Australia and Korea to forge complementary partnerships.  Australians have excellent skills in research but an underdeveloped commercialisation sector, while Korean counterparts have deep experience in developing linkages between research institutes and businesses, but could benefit from research collaborations with Australia.

Exporting Australia’s vocational training expertise to Korea could also provide a solution to the increasing shortage of high-quality tradesman in the Korean society.

Australia’s substantial economic and strategic links with Korea are also underpinned by extensive people-to-people and institutional links, including a large Korean diaspora in Australia and growing numbers of Korean students studying at Australian universities.

Asialink has a long history of engagement with Korea through its different program areas.

The Asia Education Foundation has been delivering the annual Korean Study Workshop Program since 1993 with the support of Australia Korea Foundation. In recent years, it has established 32 BRIDGE School Partnerships between Australia and South Korea.

In 2015 Asialink Arts is supporting an art residency in Seoul, Korea.

Asialink hosted Australia’s Ambassador to the Republic of Korea HE Bill Paterson PSM at a boardroom roundtable discussion on 23 July 2015.