Asialink in the ASEAN-Australia Dialogue

On Tuesday 13 March 2018, Asialink co-convened the ASEAN-Australia Dialogue: Partnering for Security & Prosperity in Uncertain Times, in close collaboration with 10 other institutions around Australia. The Dialogue was held as part of the lead-up to the Australian Government’s ‘ASEAN-Australia Special Summit’.

The Dialogue was a unique conference hosted by an Australian consortium, including:

The Dialogue was supported by the Department of Foreign Affairs and Trade and the Australia-ASEAN Council.

Below is a summary of Asialink’s activities in the Dialogue.

Asialink Group CEO Jenny McGregor opened the ASEAN-Australia Dialogue, thanking participants and encouraging all to delve beneath the surface and listen to our ASEAN partners on issues of mutual concern. I would like to acknowledge the traditional custodians of the land on which we meet today, the Gadigal people of the Eora nation, and pay my respects to elders, past, present and emerging.

This ASEAN-Australia Dialogue is a collaboration of 11 institutions: University of Tasmania, Griffith University, Australian National University, University of Sydney, University of Western Australia, University of Melbourne, AusCSCAP and our host PwC with support from DFAT and the Australia-ASEAN Council. We are grateful for the generous hospitality of PwC and for the part Professor John Blaxland has played in chairing the organising committee.

We are especially grateful for the participation of our eminent speakers and experts from ASEAN – many of whom are long standing colleagues and friends.

This inaugural Prime Minister’s Special Summit around which we meet is shining a powerful light on ASEAN for Australia and on ASEAN-Australia relations. This week is ASEAN-Australia week and the reach and impact of the activities supported by DFAT and the Australia-ASEAN Council is, I think, unprecedented. There are school programs, arts collaborations, social entrepreneurs and joint training. We have sports people, media, civil society and business forums all coming together to solve shared challenges often in innovative modes. There is a code-a-thon to work on counter terrorism and cybersecurity and ASEAN business forums being live streamed around Australian capital cities and regional centres.

But today, as always with Track 1.5 and Track 2 dialogues, we need to delve beneath the language of diplomacy. We want to spend our time probing and exploring areas of difference and learning about what these differences might offer. We want to discuss:

Today from the Australian side we’re committed to doing what we are often criticised for not doing enough of – listening.

Asialink has been delighted to be part of this Dialogue. We are delivering 5 of the 18 programs of ASEAN-Australia Week and have a long record of supporting the important role of ASEAN in an overall Australia-Asia strategy.

His Royal Highness Sultan Nazrin Muizzuddin Shah, the Sultan of Perak, Malaysia delivered the keynote address at the ASEAN-Australia Dialogue 2018, at Asialink’s invitation. Sultan Nazrin was introduced by Jenny McGregor, who explained that he is at present Deputy King of Malaysia as well as Sultan of Perak. He has been a prominent speaker on ASEAN issues and his international activities include serving as co-Chair of the United Nations High-Level Panel on Humanitarian Financing. He is Chancellor of the University of Malaya and Royal Fellow of the Institute of Strategic and International Studies, Malaysia. For more complete biodata, click here. In-Conversation with Ali Moore: Influence of China on the ASEAN-Australia relationship

The session explored ASEAN and Australian responses to the growth of China’s influence and identified opportunities for nuanced responses. 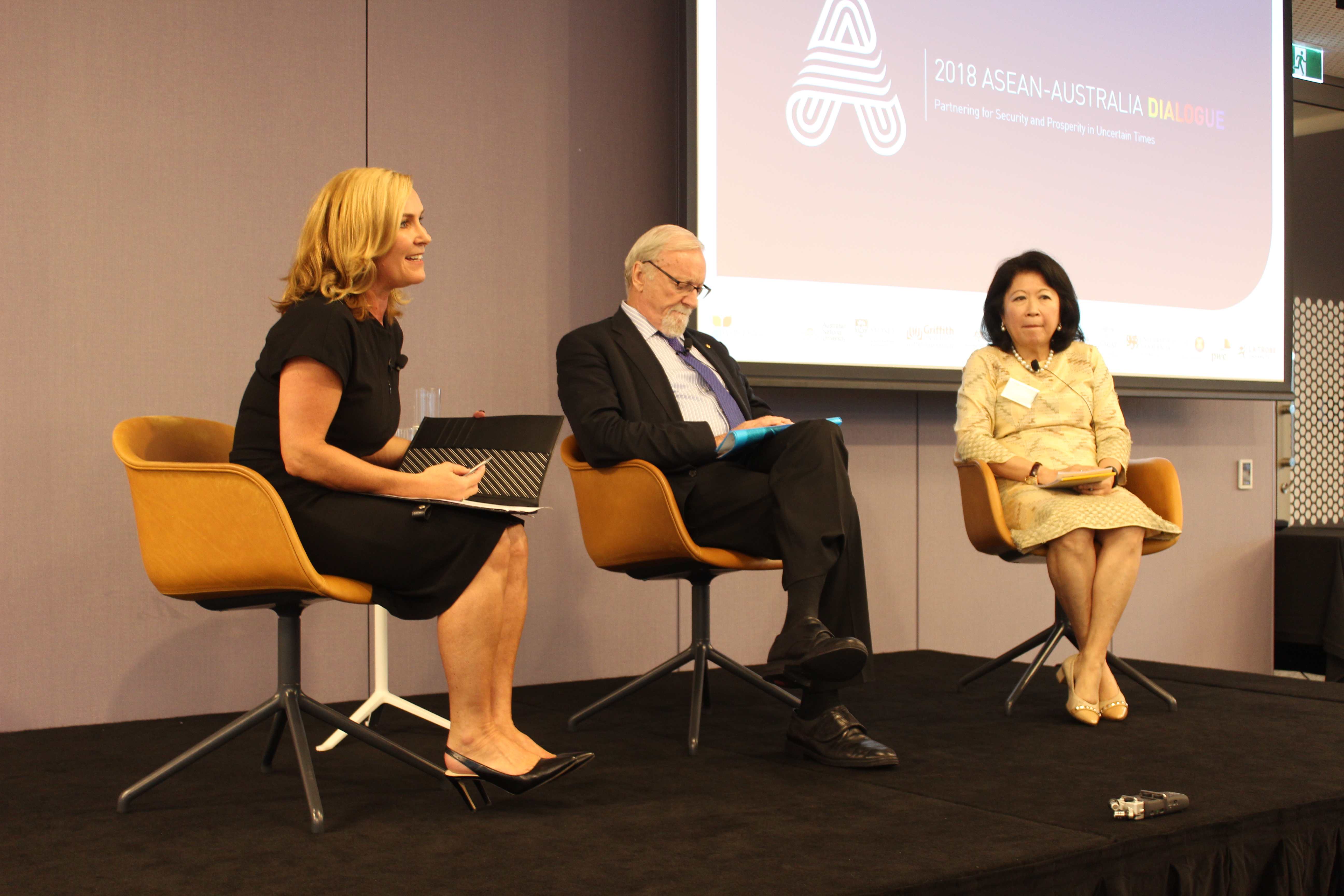 The session provided an overview of developments in regional security and economic architecture and competing approaches (Australia in ASEAN, the East Asia Summit, security architecture including the ARF, ADMM-Plus and APEC). The question of what kind of institutional developments might help to deepen bilateral and multilateral cooperation between Australia and ASEAN was also asked. 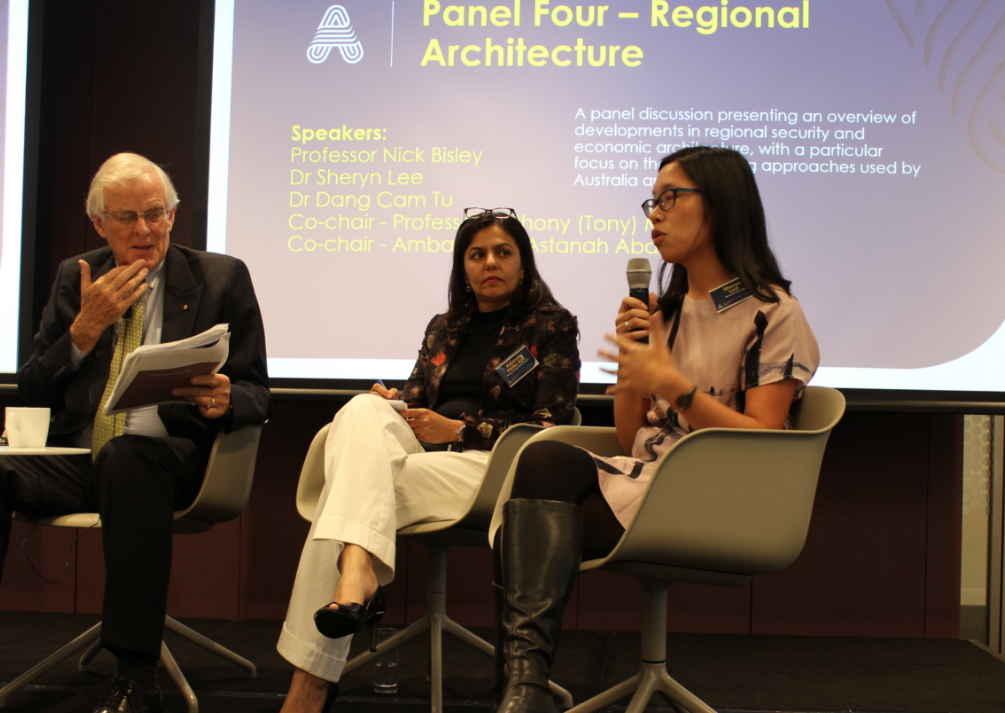