The experiences of women in leadership in ASEAN countries and Australia 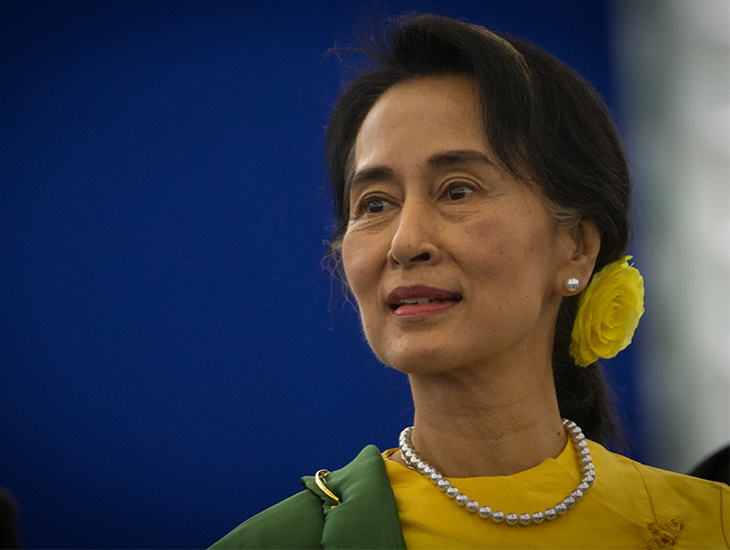 Ahead of the Asialink Conversations Women in Leadership dialogue to be held in Singapore on December 9-10, we will be sharing four background papers for each of the sessions as well as research outcome updates in the weeks and months to come. The first paper explores the experiences of women in leadership in ASEAN countries and Australia.

Across a range of areas, Southeast Asia now outperforms many other regions of the world in gender empowerment. From higher education rates and improved health standards to rising income and expanding access to technology and finance, the benefits of economic development are flowing to greater numbers of women.

Yet the career prospects for women who aspire to leadership do not always match this story. From rural areas to corporate boardrooms, the reality for women across the region is often one of exclusion from positions of influence and leadership. The trickle of women who are ascending into government and business roles is still not happening fast enough to address the region’s growing needs.

Demand for women’s leadership is connected to deep, underlying changes across the region. Surveys point to a looming skills shortage, and widespread concern that management practices are in need of reform. As a result, both public and private sectors acknowledge the value of diversity in decision making. Increasingly the cost of lost productivity through the neglect of female talent is being recognised and quantified, and women’s success highlighted as critical for the region to fulfil its economic potential. Even the G20 in November 2016 cautioned that workplace inequality would undermine future growth prospects.

The global movement for institutional diversity has begun to resonate among parts of the region’s corporate sector, with uptake following a series of Asia-focused studies over the last few years, such as McKinsey’s Women Matter report and LKY School’s publication Rising to the Top. Initiatives from abroad aimed at placing more women in boardrooms and senior management teams are now being practiced in the region, like Singapore’s ‘SG50 champions of change’ campaign.

A compelling argument is that more female voices are useful for an organisation tackling complex problems. Given women usually bring a different perspective into a traditionally male area, women in leadership roles can help resist ‘groupthink’ and explore different points of view with more conviction.

Across many different industry studies, companies with more women in senior leadership and boardroom roles have been shown to outperform those that are exclusively male.

Increasingly, the data suggests the market rewards companies with more women than not.

To kick-start this process, listed companies have been prodded by some regional governments to appoint more women, as well as publishing data on gender recruitment. Even so, the outcomes have diverged among advanced economies, defying any simple explanation. In recent years Singapore’s business ownership and senior management figures have improved for women, while corporate board diversity has only marginally improved. By contrast, in Australia the figures for women in senior leadership teams have barely moved over the last 10 years, while progress in board diversity outstrips the rest of the region. While rising levels of education and skills among women in all countries make the economic case for women in leadership compelling, political representation across Southeast Asia is still heavily skewed towards men and unlikely to change without more attention. While there is no single formula to measure female involvement, every country has some kind of shortcoming in important areas of leadership – and none perform well across all the indicators.

Some countries are outliers for women in politics, like the success for women in the Philippines or recent backsliding in Thailand, but the record is one of slow and fragile gains in every other country, including Australia. In countries with competitive electoral systems, female voters are being acknowledged as an emerging force. Women have begun voting at higher rates than their male counterparts in Indonesia and Singapore, and in the case of the elections for Indonesia’s President Widodo and Malaysia’s Prime Minister Najib, female voters were arguably decisive in delivering victory. There is no clear explanation for why some women ascend higher into elected office and others don’t, although kinship and dynastic ties loom large. Instead, there is a contradictory mix of outcomes with no firm connection to other indicators of development. For instance, the Philippines outperforms Australia in female representation at different levels of government, despite economic development favouring Australian women. Vietnam, Singapore, Lao PDR and Cambodia all enjoy more than 20% share of women in national legislatures, compared with Malaysia and Thailand, although this does not translate into ministerial posts. Even where Malaysia and post-coup Thailand have made little gains in representation, the former’s record has remained largely static while the condition of female Thai leaders is more volatile, shifting from year to year.

A more promising area for many countries is political representation at the sub-national level. Local politics generally has higher female representation across the region, with the Philippines and Vietnam recording notable progress at the district and provincial level. Research by the UN Development Program demonstrates a correlation between females ascending to these roles and rising work participation and literacy levels, suggesting that progress can be expected in greater urban, municipal, and district positions as development continues.

The value from more women leaders can already be seen in the way they are exercising power in these roles.

Facing ingrained bias, many females around the world have taken up the challenge to ‘lean in’ to lobby for promotion and proactively develop mentoring networks. The challenge for women in Southeast Asian countries is whether this strategy is useful or relevant when taking into account local social and cultural contexts which may not favour such behaviour. Personality surveys like Facet5 suggest the workers in Southeast Asia are more inclined to be consensus-driven and shy away from assertive independence.

Although these attitudes change over time, the academic literature is sceptical of transformational leadership outside the Western cultural context, emphasising management behaviour in Asia which promotes harmony in the workplace. For all the changes over the last ten years, the region’s business leaders are still resistant to the overt pursuit of gender diversity.