Asialink Arts resident Tim Cole reflects on the extraordinary migration and cultural diaspora that began 5000 years ago in Taiwan.

Five thousand years ago, Taiwanese migrants pushed their boats out to sea, not knowing what lay ahead. Over the next three millennia, the community’s language and culture spread over half the earth’s surface; the breadth of Madagascar on the Western rim of the Indian Ocean, to Hawaii and Easter Island on the Eastern extremes of the Pacific Ocean.

This extraordinary migration and cultural diaspora has been captured through the images, films, and soundscapes of filmmaker and music producer Tim Cole in a project called Small Island Big Song. This year Tim has visited twelve countries, working with indigenous artists and communities, collecting footage, stories and songs from Madagascar to Hawaii.

For his Asailink Art Residency, Tim has been based at the Kuandu Museum of Fine Arts, reviewing and producing his extensive research collection into multimedia content, creatively reuniting Taiwan’s living indigenous heritage. 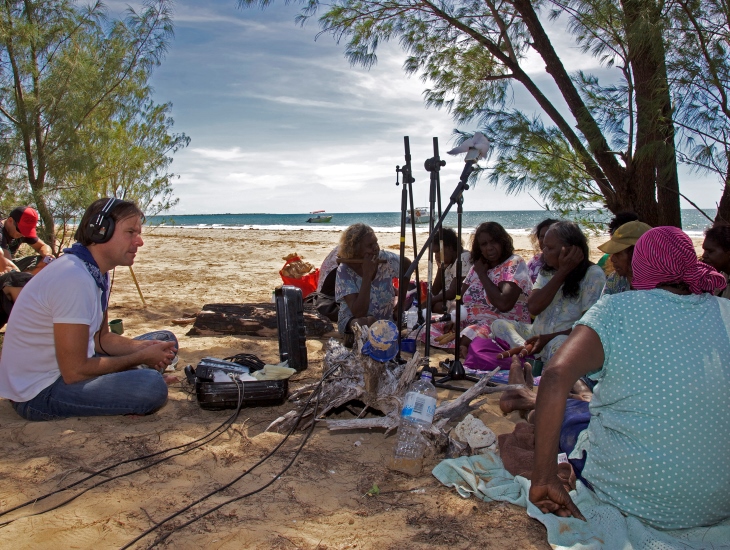 What first interested you in this extraordinary project?
When I was in Vanuatu filming ‘Vanuatu Women’s Water Music’ I learnt how the community’s ancestors had sailed from Taiwan over 5,000 years ago.  Island cultures such as Madagascar, Rapa Nui (Easter Island),  Taiwan and Aotearoa New Zealand share the seafarers heritage.

As a filmmaker and music producer, my imagination was excited by the wealth of cultures, music, instruments and environments to record, film and work with. I felt a project connecting the communities could create an international platform for musicians of the region to connect and voice common concerns, whilst creating a powerful and unique work of art in its own right.

What have been the highlights of your research and travels?
The highlights would have to be meeting, hanging out with and sharing the music and knowledge of the artists themselves.  For the project I asked participants to contribute a song that represented the depth and essence of their heritage, and recorded and filmed them in a place resonant to their culture. This has led to a sunrise session on the rim of a volcano in Hawai'I to crossing the seas of Papua New Guinea in a banana boat to record a Bamboo Band in Bougainville.

Have you developed any particular approaches for engaging cross-culturally with communities?
My approach is to keep my own musical tastes out of the process as much as possible. I leave it to the artist representing their community to decide what and where to record. I also film the musician introducing them themselves, their heritage and their song- first in their own language and then in a common language. This introduction is then played to the next Indigenous artist involved in the project. How has the project developed while you have been based at Kuandu Museum of Fine Arts?
My Asialink residency at the Kuandu Musuem of Fine Arts in Taipei, Taiwan has given me the first opportunity to sit down behind the video monitor and between the studio speakers and see, hear and assess the results.

I choose one song to produce, mixing and editing both the film and music. I worked on a song called ‘Naka Warawarato’o’, by Charles Maimarosia-  an Are’Are musician from the Solomon Islands. The song began with vocals, panpipes and a guide guitar recorded by the musician. Layers were added to include recorded musical elements such as the jaw harp, log drummers and tuned bamboos from community groups in Madagascar, Hawai, Taiwan and Papua New Guinea. The mix was finished by adding the water percussion of the Water Women from the Leweton village in Vanuatu.

Have you had public programs or outcomes? If so, what has been the response so far?
After almost completing the song ‘Naka Warawarato’o’, I gave six project presentations while I was at the Museum and one on television. The response has been amazing- spontaneous standing applause each time. I don’t want to make the final collaborative outcomes public until they have all been finished and approved by all the contributing cultures and artists. But I have made arrangements to leave the piece I presented with the Kuandu Musuem of Fine Arts, for archive and exhibitions.

What’s next?
The Asialink residency was just the beginning of the creation process. I am currently continuing mixing and editing on another residency-  this time on a boat bound for Madagascar.  In Madagascar I will be revisiting Morondava on the West Coast to record with the Vezo People, who still maintain a traditional nomadic lifestyle on the ocean-  perhaps the last seafarers remaining of the heritage I have been exploring. I hope to finish the music master by July, with the film to follow. Then all going well, we can bring the musicians together to meet and perform. Em tasol (that’s all, as they say in PNG). 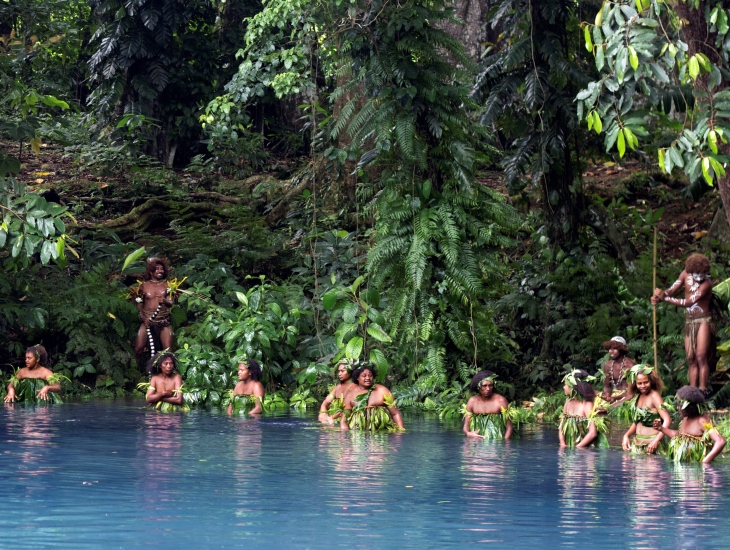 Tim Cole is a filmmaker and music producer specialising in cross cultural indigenous projects, filmed, recorded and produced in the field. He is a Churchill Fellow, Company Member of Circus Oz, and founding member of Not Drowning Waving, and has held key creative rolls on several ARIA & AACTA award-winning projects. To read more about his project visit http://www.smallislandbigsong.com/