This year, acclaimed Australian visual artist Lisa Roet will present a new body of work in the heart of Beijing. Known for her exploration of the connections between humans and primates, the new commission titled Skywalker  features an inflated male gibbon perched high on the façade of the award winning Opposite House Hotel, producing the focal point of the month-long festival discussing global issues around bio-sustainability and Beijing Earth Hour.

Asialink Arts through the initiative Global Project Space, has joined forces with prominent Melbourne-based artist Lisa Roet to present a commission in Beijing. The new commission titled Skywalker features an inflated male gibbon perched high on the facade of the award winning Opposite House Hotel, producing the focal point of the month-long festival discussing global issues around bio-sustainability and Beijing Earth Hour that launches 25 March 2018.

Lisa has been researching newly discovered species found predominantly in China’s Yunnan Province that have mostly been uncovered due to deforestation and environmental climatic changes. Taxonomically named the Skywalker Hoolock Gibbon, the Chinese scientists involved in the discovery in January 2017, chose the name because the Chinese characters for its scientific name translate to “heaven’s movement”, but also because they’re huge fans of Star Wars.

Skywalker has been made in Melbourne in collaboration with designer Felipe Reynolds. It has an arm span of 20m and is inflatable and made from solar sensitive material with sound and light components.  Taking full advantage of the high-profile location, Skywalker  will have the vocalisation of the male gibbon (gibbons are monogamous), calling out over the rooftops of Beijing and looking for love. Normally activated through an intricate engineered mechanism, during Beijing Earth Hour the inflation, light and sound will be powered by stationary bicycles and the pedal power of over 100 audience members.

Beijing, one of the world's hotbeds for urban environmental issues, makes Skywalker’s location of great relevance and importance to the project. The placement and collaboration with The Opposite House, one of Beijing's first environmentally conscious buildings designed by renowned Japanese architect Kengo Kuma, demonstrates Lisa’s commitment to challenging yet relevant high impact public projects and her ongoing commitment to research and documentation within her practice. 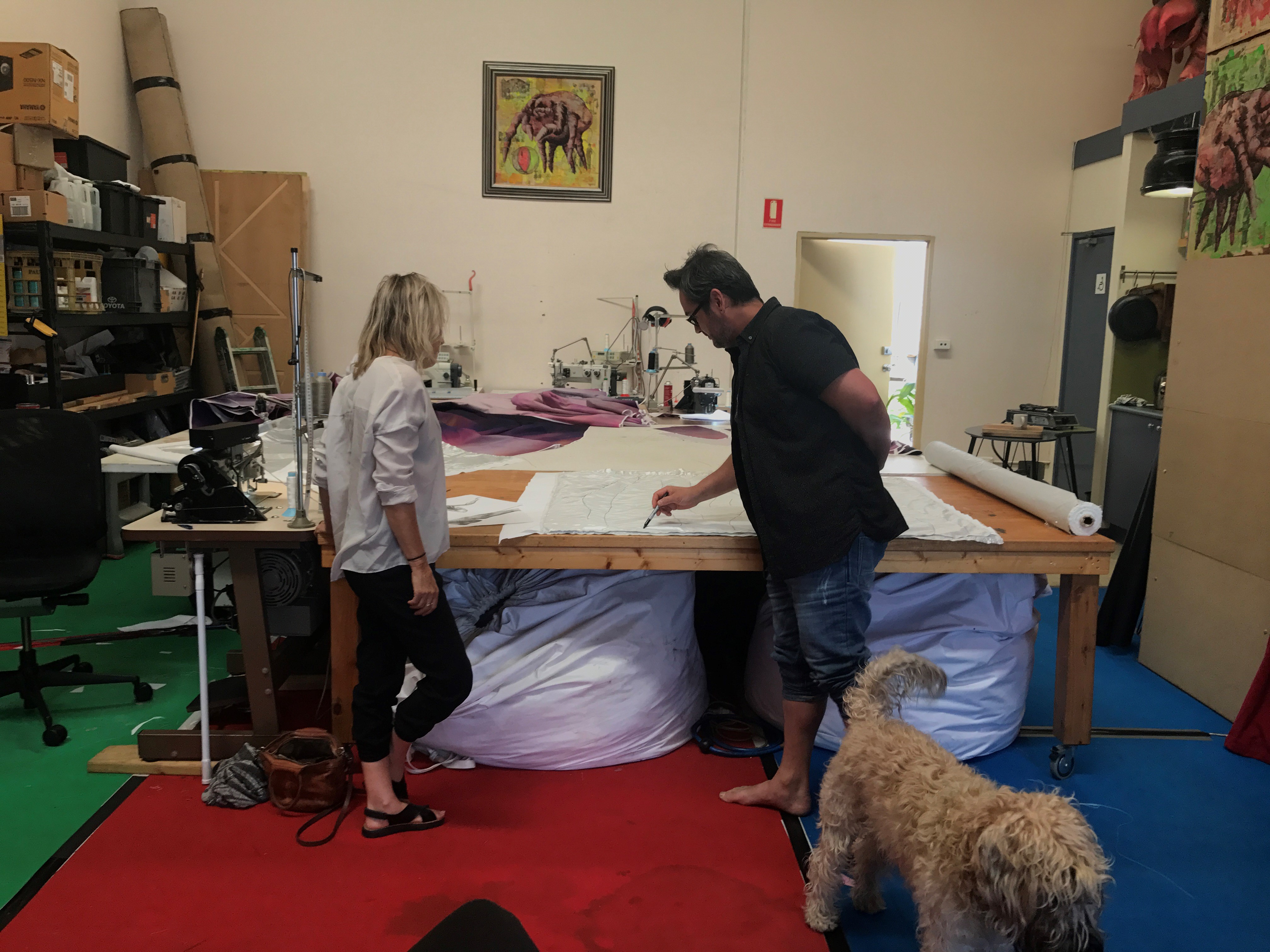 The commission is being developed with assistance from Creative Victoria.

"This new work explores community engagement, environmental debate and discovery while reflecting some of humanities greatest challenges. I am really excited to be working again in China along with Asialink Arts, The Opposite House and the Beijing community committed together in this global environmental discussion. This new work represents a shift from a western centric focus to the Eastern frontier of discovery." - Lisa Roet