Launch of the Women in Leadership video project

Asialink partners gathered in Singapore to discuss the opportunities and challenges for women in leadership, and launch a pioneering interview series.

Asialink Diplomacy hosted a high-level luncheon in Singapore on 2 May to discuss the opportunities and challenges for women in leadership, in partnership with the Victorian Government and Mr Brett Stevens, the Victorian Commissioner to South East Asia.

With friends and patrons of Asialink in attendance, the Honourable Linda Dessau AC, Governor of Victoria, addressed the lunch. Reflecting on the strong ties between Singapore and Australia, the Governor commended the new policy ideas and workplace reforms which encourage more women aspiring to leadership, but also noted the slow progress measured in both countries. 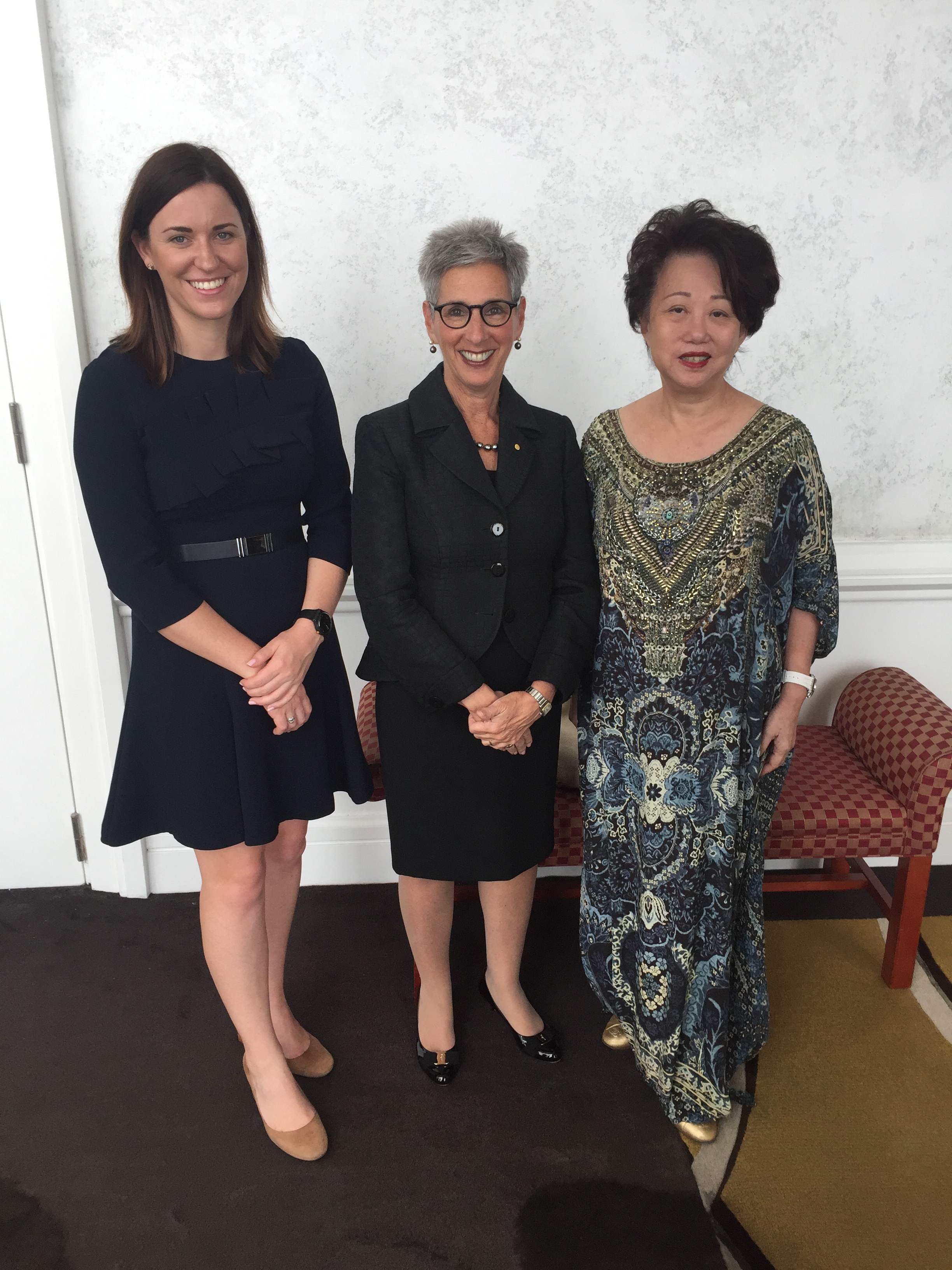 The luncheon was also the occasion for launching Asialink’s Women in Leadership video series. Australian High Commissioner in Singapore, His Excellency Bruce Gosper, formally introduced these video interviews, which tell the personal stories of inspiring women throughout Southeast Asia and Australia.

Developed with assistance from media partners and funding from the Australia-ASEAN Council, this series profiles six emerging and established leaders who have overcome challenges to achieve professional success. These women represent a variety of sectors and industries, and were selected from Singapore, Malaysia, Indonesia, Vietnam, the Philippines, and Australia. Asialink Diplomacy recorded these interviews in 2016 and are negotiating for their broadcast later this year.

The luncheon guests included one of the women interviewed for the series, Dato’ Jannie Chan. After studying as a young girl in Australia, Jannie moved to Singapore and began working as a sales clerk in a family watch store before creating a network of boutique stores across Asia. A pioneering business woman, Jannie was the first female president of the ASEAN Business Forum.

Along with several other guests at the luncheon, including Asialink Singapore patron Simone Lourey, Jannie also participated in the 2015 Asialink Conversations which informed the design of the video series. This dialogue was one of the regular track II activities which Asialink Diplomacy leverages to develop new ideas for improving Australia-Asia understanding. Gathering experts from academia, business, civil society and government, the dialogue’s key findings were also shared with other Asialink initiatives, including Asialink Business’ Leaders Program.