A White Paper for Dangerous Times

As the Government prepares its first Foreign Policy White Paper in more than a decade, Asialink International Director, Anthony Milner, argues that Australia needs to strengthen ties with Asia now more than ever before. 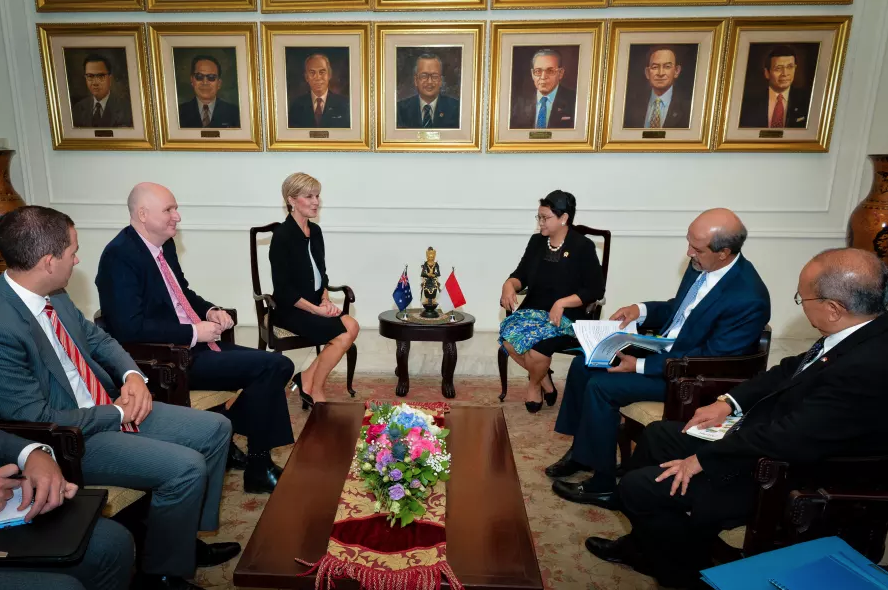 The Asialink Foreign Policy White Paper Consultations, held on 22 February 2017, recognised that the White Paper is being prepared at a time of deep transition in Australia's international positioning. It might be argued that not since the 1940s - before the forging of our US alliance - has Australia faced such a strategic challenge. The United States role in our region, it is true, has for some time been declining in relative terms - but now the new Trump administration has declared a willingness to abandon long-standing alliances and policy settings. On its part, China – with its One Belt One Road initiative, Asian Infrastructure Investment Bank (AIIB) and other China-centred architecture – is demonstrating a new-found taste for international leadership, and a determination and capacity to implement its vision.

Australia is deeply implicated in these truly world-changing developments. On the one hand, a seven-decade ally of the US, we are today also embedded economically with China - embedded as comprehensively, at least in trading terms, as we have been with any country in the past, including Britain. As well as China, three of our other top trading relationships - ASEAN, Japan and Korea - are in the Asian region. From a security as well as an economic perspective, the question of how effectively Australia can negotiate the changing and dangerous dynamics in the Indo-Pacific is one attracting genuine international attention.

The reports from the five break-out groups in the Asialink Foreign Policy White Paper Submission are measured and cautious in tone - and yet the whole process was underpinned by a recognition that Australia has reached a turning-point.

A number of the arguments in the break-out reports have been presented many times before - arguments about economic engagement, education, the arts, and the potential for the health sector to be a vital Australian contribution to the Asian region - and yet this does not make them less important. The view that Australia must put new energy and imagination into building bilateral and multilateral relations in Asia is probably also more urgent today than at any time since the middle of last century. Whether Australia possesses the necessary knowledge base to cope with the range of languages and political cultures in our region is a more important issue now than ever - and there is the added problem that the new Trump administration's stress on transactionalism will require new political skills. Alliance management has long been a demanding task for the Australian leadership - but today much past thinking about shared values and democracy-promotion will be less valuable than a talent and material capacity for deal-making.

The tone of our Asialink Consultations highlighted urgency.

This is a time when government leadership really matters. In their vastly different ways China and the US both demonstrate a shift to proactive government. In each of the areas we covered in the Consultations there was a call for even more government leadership - and often for long-term planning and bipartisan policymaking. In the international sphere - perhaps particularly in the Asian region - government action tends to be leader-led, and Australia's regional endeavours must also be of that character.

Proactive government encompasses the need to recognise and harness the potential of the wider community to enhance Australia's regional influence. Track 2 organizations, the private sector, youth, the cultural sector, key immigrant groups, professional associations - all are highly-valuable sectors in that community.

Finally the type of activist, long-distance policy planning and implementation which this submission calls for will require the support and patience of a domestic community more internationally-focused and Asia-savvy than Australia has ever needed before.

A version of this article appeared in the University of Melbourne's, Pursuit.