China’s Xi: The Case for Optimism 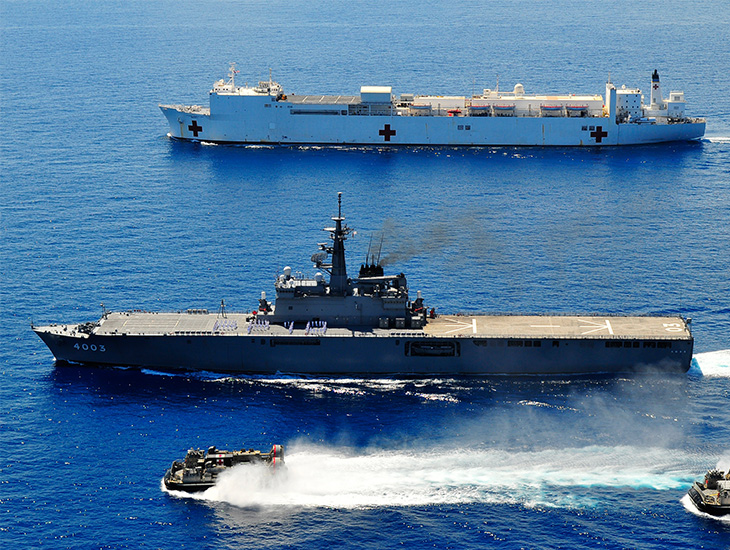 Xi Jinping’s recent visit to the United States has focused more than usual attention on the future direction of China and its relations with the world super-power. In the atmosphere of a US presidential election looming next year, the visit inevitably led to some intemperate and alarmist predictions about the state of China-US relations. The US, more so than Australia where the discussion of China is generally less strident and more practical, is often prone to dire and negative predictions. Provocative writings by outlandish Chinese commentators are seized upon with relish by those eager to demonstrate China’s aggressive international and regional ambitions.

Moreover, concerns about China’s economy and Xi Jinping’s efforts to exert greater political control within the country have raised fears for some about the viability of China’s domestic model, exacerbating worries that an internally unstable China might become internationally more reckless in an attempt to shore up domestic support and to strengthen the Communist Party’s legitimacy.

Undoubtedly there are significant questions and concerns about China’s future direction. Without doubt China is on the way to becoming a super-power and will, as this proceeds, seek greater respect, power and influence in the world. This is a reality that we must all understand and absorb. But before descending into gloom and, worse still, paranoia about China, it is worth taking a deep breath and considering why we should focus less on negative forecasts and more on the positives. Two areas of current interest warrant mention.

First, on China-United States relations, despite the many negative commentaries following Xi’s visit to the US, the outcomes were actually quite good. Often overlooked is the massive amount of interaction and exchanges across many sectors between the two countries. Much of this is unspectacular and unheralded, but nonetheless it is real and significant. The thirty-eight outcomes of the visit, reported by Xinhua, covering cooperation in an impressively extensive and diverse range of sectors, attest to this.

Never have the economies of two major ‘competing’ global powers been so closely connected and inter-dependent.

This is more important for China even than the United States since continued economic growth and prosperity is essential for the survival of the Communist Party.

Second, while regional concerns about China’s aims in the South China Sea, exacerbated by the scale of construction of artificial islands in contested areas, are understandable, there is no need for undue alarm. It is debatable whether the artificial islands constitute a strategic game-changer; rather they are China’s way of establishing facts on the ground in support of its sovereignty claims. China is not threatening normal passage of commercial shipping – it has as great an interest as any country in unencumbered passage by commercial vessels. Rather, the issue is passage by naval vessels and aircraft. There is little basis in international law for China’s island-building actions and indeed any attempt by China to enforce a 12 nautical mile territorial sea claim around these reefs would be provocative. Careful diplomatic and other measures by the United States and others to push-back on such attempts are required. That said, it is unlikely China will let the issue get out of hand.

China’s actions in the South China Sea underscore a problem in China’s foreign relations, namely its tendency at times to over-confidence and even cockiness, which hurts its image. But one thing is clear: the domestic economic and political challenges for the Chinese government are its first priority. The country’s track record in achieving spectacular material progress over the past few decades, and its resilience and pragmatism when faced with domestic challenges, suggest that optimism rather than strident negativity towards China is a more productive course.