As part of Asialink Arts’ participation in the Setouchi Triennale, Australian Chef Adam Liaw fused Australian ideas with Japanese ingredients in a special Chef's Workshop on the island of Shodoshima, Japan.

Prior to the workshop Adam Liaw spent time sourcing local ingredients on Shodoshima, visiting local producers including a soy sauce factory, farmers market and olive plantation. Based on the ingredients he found, the well-known chef devised a menu of fusion dishes that combined Japanese and Modern Australian cuisine.

Three dishes were demonstrated to 20 local participants at the Community Centre as part of the Fukutake House Asia Art Platform. Participants of all ages were taught Adam's recipes, which were eaten together in a celebratory meal at the end of the workshop.

The menu Adam taught the workshop participants included a variety of unique dishes:

AUSTRALIAN SALT AND PEPPER SQUID AND SCHOOL PRAWNS
Inspired by the abundance of amazing seafood in the region, this recipe was  a nod to the prevalence of salt and pepper squid on pub, cafe and restaurant menus across Australia. The name for school prawns in Japanese is 'Koebi' - the same name given to the team of Setouchi Triennale volunteers.

SOMEN WITH TOMATO WATER AND OLIVE OIL
This Japanese take on Australia's love of Italian food was made using locally produced somen noodles. The meal also used olive oil produced on Shodoshima, which is nicknamed 'The Olive Island' due to its mediterranean climate and abundance of olives.

UDON DAMPER WITH SHOYU MARMALADE SYRUP
Adams version of classic Australian 'damper' was made using Udon flour, referencing the famous udon noodles of the Setouchi region. After a visit to a soy sauce factory (where he enjoyed a soy sauce ice-cream) Adam combined locally produced soy sauce with home-made citrus marmalade to create a syrup for the damper. 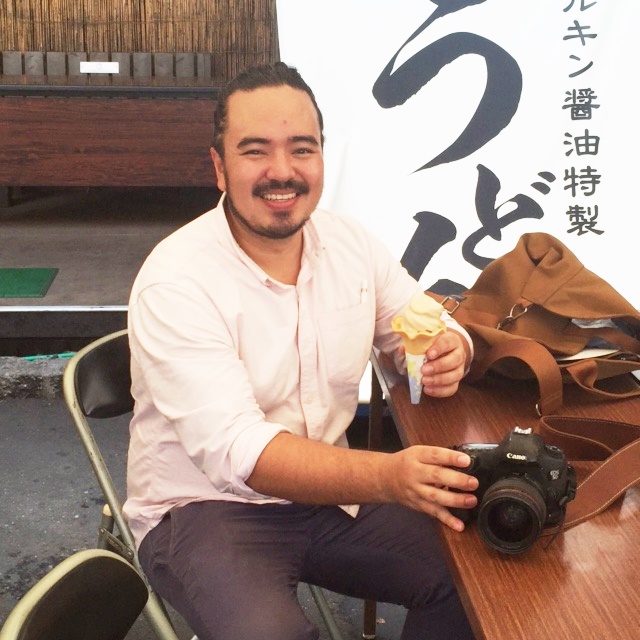 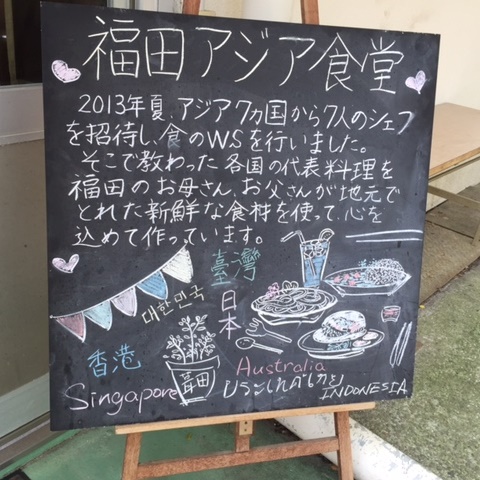 It is hoped that Adam Liaw's dishes will be rolled out at the Fukuda Asian Diner run by the locals for the duration of the Triennale, alongside dishes from the other participating Asian countries.