Tomorrow, Singaporeans will be among the first citizens to vote in a national election during the global COVID-19 pandemic.

The general election campaign has been short and without the traditional rallies. Only on 23 June did Prime Minister Lee Hsien Loong ask the president to dissolve the parliament to prepare for the poll, nearly 300 days before the ruling party’s term was due to end. Calling for an early election is not unusual, but holding an election amid a pandemic has its challenges.

The island state only eased its lockdown a few weeks ago, and with strict social-distancing measures still in place, it remains to be seen how effective the ‘time-band’ system, which aims to spread out voters and minimise crowds, will be.

It’s also not clear that everyone who’s entitled to vote will get to do so. Singapore has compulsory voting, but people who don’t comply aren’t fined as they are in Australia.

People in quarantine will not be allowed out to vote. Those who have been served with stay-at-home notices can vote, but with restrictions, and the virus may deter frail and elderly voters. Because of a ban on physical rallies, all campaign activities are happening online. Those who are less digitally connected are likely to miss the political messages from the contending parties. 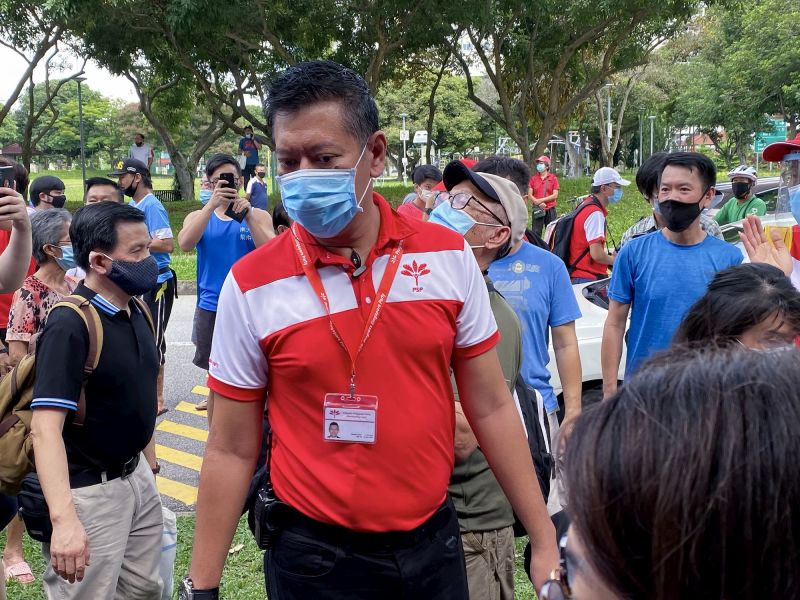 There’s also considerable concern about the negative aspects of social media, such as the ‘echo chamber’ effect and the spread of disinformation. This will be the first election since Singapore adopted the controversial Protection from Online Falsehood and Manipulation Act early this year.

There’s unlikely to be a significant shift in support for any party. ‘Voter apathy’ and the absence of normal rallies have left little opportunity to shift the loyalty of swinging voters in the middle ground.

Before the technical challenges brought by the pandemic, Singapore had been gearing up for a changing of the guard at this election to ‘fourth generation’ leaders, or 4G as they are known locally, and a transition to a post–Lee family era. Lee Hsien Loong, who has been prime minister since 2004, has indicated many times his intention to retire. It’s expected that he’ll follow the precedent set by his late father, Singapore’s founder, Lee Kuan Yew, and go on to play a role as a ‘senior minister’ and ‘minister mentor’ behind the scenes. Nothing is, however, set in stone.

Heng Swee Keat, the current deputy prime minister, has been groomed for the PM’s position for some time and is widely regarded as a trustworthy and competent leader. Whether he has the charisma to succeed in such challenging times is another question.

Another novelty in this election campaign is that members of the Lee family are supporting opposite sides for the first time. The split was the result of a family feud between the prime minister and his businessman brother, Lee Hsien Yang, following the death of their father.

Lee Hsien Yang has joined the opposition Progress Singapore Party, which was formed last year. He recently accused the prime minister of abusing their father’s legacy and departing from his party’s  original vision of caring for all Singaporeans, rather than just the elites.

This election is a de facto referendum on the 4G leadership, measuring their competency, style and party branding in a new era. The results will reflect the nation’s level of satisfaction with and confidence in the government’s handling of the pandemic crisis.

Even before the outbreak, the trade war and strategic competition between China and the US had Singapore worried given its dependence on trade. The more unstable international environment calls for experienced and skilled leadership to protect a smaller country’s interests. It is also the first time that Singaporeans—who are highly attuned to the international environment—will decide on a government that must prove capable of steering Singapore in the uncertain and less secure future where both China and the US show less interest in Asia’s regional prosperity.

This election is primarily about ‘jobs, jobs, jobs’ and the economy in the post-Covid reality. Singapore is forecast to face its deepest recession since 1965.

Prime Minister Lee has said that ‘keeping Singapore going, flying straight and level safely through the turbulent weather, is the most challenging and urgent priority for the government’. The People’s Action Party’s manifesto, ‘Our lives, our jobs, our future’, released in late June, focuses on economic growth and employment. It offers a vision to reboot the economy, reskill the population and restructure the economy after the coronavirus crisis.

The Workers Party, which in the last election won six out of the 105 seats in parliament, has urged voters to avoid an electoral wipe-out and is targeting a third of the seats.

All opposition politicians have pointed out the lack of transparency surrounding the election call.  They’ve each issued manifestos in recent weeks supporting social safety nets, minimum wages and job security. They’ve also raised the issue of migrant workers, who suffered a surge of second-wave Covid-19 infections, as evidence of the government’s shortcomings. They’ve promised more support for the healthcare system, assistance to small businesses, and actions to address social inequality.

The People’s Action Party has governed longer than any other party in Southeast Asia and this election is unlikely to see its rule end. The sudden calling of the election and the novel way it is being conducted suggest that voting behaviour will benefit the incumbent.

Social psychologists say people are less inclined to take risks during times of crisis and uncertainty. Singapore’s election may seem likely to be an easy win, but the PAP’s credibility is at stake. In the 2011 elections, it received a record low 60% of the vote, which bounced back to nearly 70% in 2015.

The question to be answered on election day is how many Singaporeans feel that the PAP is the best party to guide them through these stormy times.

This article originally appeared on The Strategist website on July 9, 2020.