As nations around the world struggle to deal with COVID-19, some of the most effective responses may be found in the least expected corners.

Singapore’s foreign minister, Vivian Balakrishnan, says that an effective response to the pandemic must stand on a tripod of national characteristics: quality of healthcare, standard of governance and social capital. ‘If any one of those tripod legs is weak, it will be exposed and exposed quite unmercifully by this epidemic’, he says.

There’s been debate on whether democracies or autocracies are dealing more effectively with the crisis.

But a more likely explanation may be that countries that are equipped with these three key elements and a living memory of previous outbreaks, including SARS, H1N1 and H5N1, have been better prepared in their systematic responses and have had higher levels of compliance from their citizens. That’s why I add a fourth leg to Balakrishnan’s tripod: experience dealing with a public health epidemic.

None of the other three legs can be built overnight.

That may explain why Singapore, Taiwan and Vietnam, all dissimilar in size, political systems and levels of economic development, have thus far most efficiently handled the new pandemic.

Their healthcare systems and public responses have been built on the lessons learned from the 2003 SARS outbreak. Their populations experienced the epidemic and understand the impact it had on society.

Trajectories of infection and current numbers vary across the three countries, but they all reacted fast and so managed to flatten the curve and minimise the economic and social costs. All of them are increasingly imposing tighter restrictions on movement and social interactions as they face the second wave of infections, some of which of which were imported from Western countries before they closed their borders to all.

Soon after the outbreak in Wuhan, neighbouring countries that receive many visitors from China watched what was happening there carefully to learn what approaches to avoid and how best to tailor their responses. Their governments didn’t spend time blaming Chinese authorities or coming up with nicknames for the virus, but focused their efforts on protecting their own societies. By late January, they’d opted to close their borders with China despite the economic damage that would cause.

The smallest of them, the wealthy and technologically enabled city-state of Singapore arguably has it easiest, but it is a regional hub, which adds a level of difficulty. After initial success, Singapore is now facing a new surge in cases stemming from visitors, from the UK in particular, and from domestic clusters. Singapore acted fast in rolling out economic stimulus packages and other plans to fight COVID-19, and the cabinet demonstrated its collective commitment with ministerial pay cuts.

Taiwan boasts one of the best healthcare systems in the world and, while it’s not a member of the World Health Organization, it has developed remarkably effective processes. They include establishing a national health command centre to assess and expand quarantine criteria and to act early and quickly. Like Singapore, Taiwan has been able to integrate large-scale data to identify suspected cases and effectively isolate them. 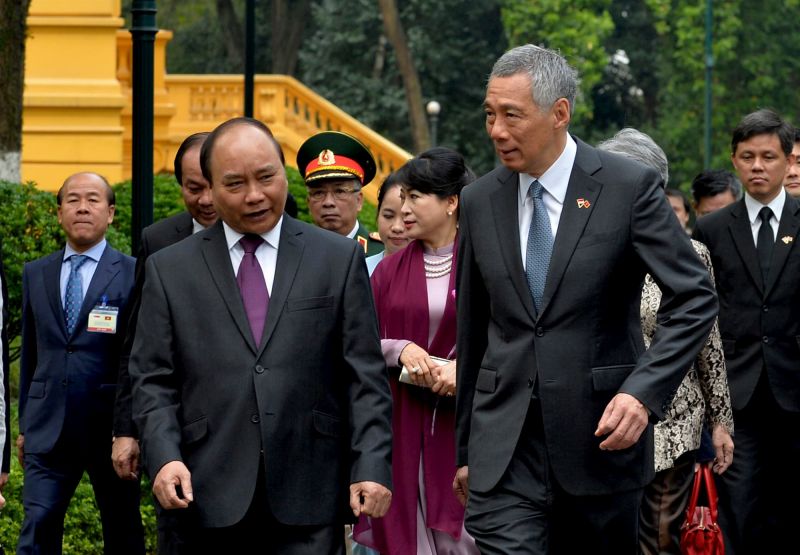 Vietnam, with its much larger population of nearly 100 million, and its comparatively modest budget, has nevertheless been able to keep case numbers low. In January, when the nation was preparing for Tet celebrations, Prime Minister Nguyen Xuan Phuc declared war on the virus to demonstrate the seriousness of the threat and the determination of Vietnam’s leaders to deal with it. He harnessed the civic duty of patriotism to mobilise the nation.

Not many from the developed world are easily convinced that a populous, still relatively poor and unequally developed one-party state like Vietnam can have responded so well to a pandemic that is tormenting the wealthiest and most technologically advanced countries.

But few remember that Vietnam was the first country to contain the SARS outbreak—in just 20 days.

Vietnam’s astonishingly low number of cases (around 267) and no deaths, as of 15 April, is a result of rigorous and large-scale monitoring, widespread testing, and regular temperature scans at airports and public venues. Vietnam has also displayed leadership in innovation, not something that many countries can boast of, by inventing and exporting affordable rapid-testing kits and by installing disinfection chambers to eliminate community transmission in clinics and other places where people queue. Now, like Taiwan, it is sending masks to Western countries, including the US and Europe.

Instead of telling those who may have COVID-19 to self-isolate, Vietnam and Singapore are isolating these people in facilities such as hotels and resorts. Such ‘central isolation’ protects families, friends, housemates and, given how densely built housing is in those countries, neighbours.

The key strategy for Vietnam, Singapore and Taiwan was to act immediately to keep the number of infections low and to avoid flooding the nations’ medical capability. Staying ahead of the curve demanded meticulous and uncompromising tracing of the contacts of those infected. Singapore leads in this aspect with its advanced digitalised society by using that technology to monitor the movements of those infected.

Western democracies initially voiced aversion to such an intrusion on privacy grounds. Some are, after much stress on their healthcare systems, and after many lives lost, also considering such measures for the greater public good.

While Taiwan, Singapore and Vietnam have passed the first ‘tripod test’, none of them considers itself safe yet. They also cannot afford to allow their initial effectiveness make them complacent and are constantly looking for innovation in their response strategies.

Huong Le Thu is a senior analyst at the Australian Strategic Policy Institute (ASPI). She was born in Vietnam, was educated in Taiwan and has worked in Singapore.

This article first appeared on the Strategist website on April 16, 2020.