As fighting in Myanmar between the army, armed ethnic groups and civilians drags on, there appears little prospect of a peaceful compromise to end the bloodshed. Professor Nicholas Farrelly argues the military’s model of co-option of pliant civilians worked for a time but there is increasingly no way back to that experiment in quasi democracy.

With a brutal confrontation in central Myanmar’s Sagaing Region, where Myanmar’s security forces reportedly killed 25 people, the nation-wide death toll since February’s coup is heading towards 1000. Thousands more, including Aung San Suu Kyi and many of her allies, are locked up – facing harsh sentences for their opposition to military rule.

The situation goes from bad to worse, a consequence of the poor strategic foresight of junta chief, Min Aung Hlaing, and his top generals. They pride themselves on martial ability, decisiveness and cunning. Decades of experience manipulating institutional arrangements and violently suppressing dissent have honed a tough-minded military culture.

It rewards those prepared to make a total commitment to the army’s supreme position. It also breeds a narrow vision of the world.

Until February’s coup, the past decade offered more glimpses than usual of the mechanisms through which military powerbrokers sought to shape the national story.

What we saw was their museum in Naypyitaw, as well as the hundreds of officers who cycled through legislative positions each year. Then there was the gleaming new war memorial, the unflinching stranglehold on crucial ministerial posts, the ever-present threat of more military control: the army never went back to the barracks.

On the contrary, it spent the decade from 2011 to 2021 assiduously learning to exercise influence through its tailored constitutional avenues and the co-optation of group-after-group of non-military players. Even Aung San Suu Kyi’s storied National League for Democracy (NLD), as signalled most starkly by its complicity in defence of the 2017 anti-Rohingya pogrom, did not avoid the smothering politics defined on the army’s terms.

What remains remarkable about this year’s coup is that Senior General Min Aung Hlaing’s investment has now unravelled, with no prospect, even in the long-term, of the re-introduction of a co-opting model of national rule. Too many Myanmar people are too angry and too mistrustful to ever again countenance a role that legitimises any aspect of military power.

Yet this does not imply there is now a straightforward set of responses to military rule. 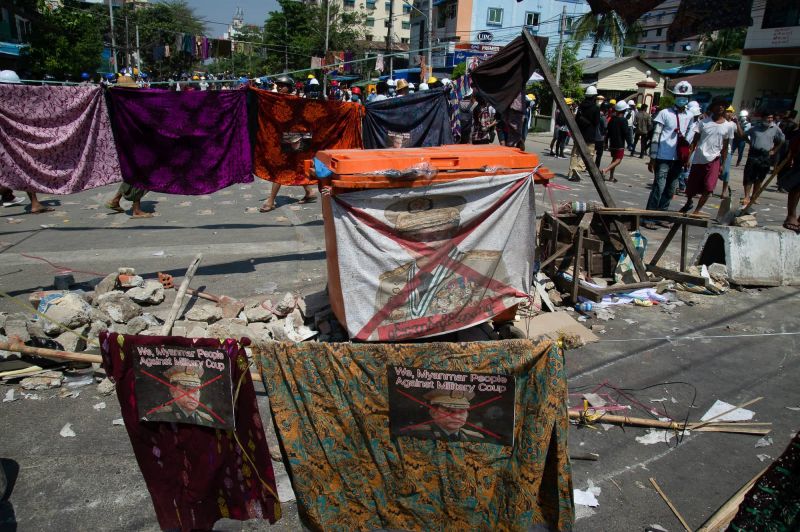 Five months of protests have emphasised the courage and creativity of defiant opponents of the coup from all walks of life. The Senior General has indicated that he is still surprised by the opposition his new military regime faces. His bemusement accompanies harsh measures designed, with callous impunity, to inflict the maximum damage on those singled out for retaliation and to terrorise the rest of the people.

Nobody is safe. Techniques of repression refined over decades of dictatorship target people who had become accustomed to a more open, prosperous and harmonious society.

The NLD had many imperfections and some notable lapses of collective judgment and morality, but the military appears to actually care nothing for its own reputation. Whether from ASEAN or elsewhere, the lack of effective diplomatic push-back may encourage them, but there also is no doubting the scorn with which many countries now regard Myanmar’s coup-makers.

For any self-respecting leader, there is no glory in feeding such a cyclone of self-inflicted misery.

By picking fights across the borderlands and in the towns and cities, the generals have created new coalitions of anti-military agitation, including among groups with long histories of battlefield success against government forces. We know the current wet season is a difficult time to fight in Myanmar’s mountains. The monsoon tends to be a time for re-grouping, re-arming and re-setting strategy.

By the time the rains stop around October, rivers subside and muddy tracks dry out, we will have a clearer picture of the overall strength of the many different armed groups. Re-supply from China and Russia for Myanmar’s government forces is guaranteed. While ethnic armed groups will surely secure new weapons and somewhat broaden their ranks, the balance of military power will remain firmly on the government’s side.

Nevertheless, support for anti-government armed groups has risen quickly, both in their traditional strongholds and across central Myanmar, where long campaigns to demonise claims for ethnic autonomy and ethnic rights shape self-perceptions of Bamar Buddhist supremacy. Day after bloody day, there are more reports of skirmishes and ambushes.

On this ever-shifting terrain, drawing together Myanmar’s vast array of political and military organisations is a fraught process. Aung San Suu Kyi often sought to ensure there was no credible alternative to her unifying presence. That approach means that the country is now without a voice that can unify all of the different, competing forces. 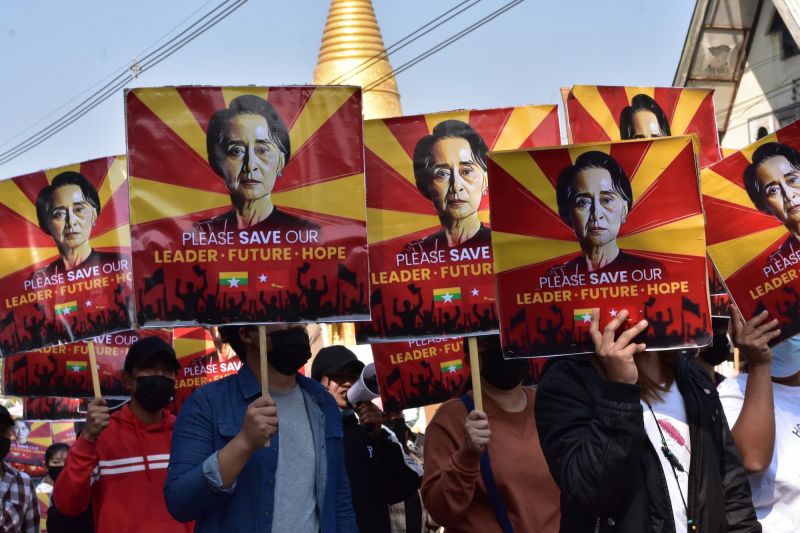 On their side, the top generals appear confident they can sustain years battling their own people. But that also means the country will once again become a by-word for misrule and missed opportunities, an embarrassment to the ASEAN grouping and a striking lesson in militaristic hubris.

And as the months drag by, what were initially highly dubious and even nonsensical justifications for the coup sound completely hollow, pathetic. These justifications are sometimes considered a product of a sincerely held alternative rationality amongst senior military leaders. I am not sure that was ever the case.

The blunter reality is that Myanmar’s self-important army strategists got it wrong: misjudging both the national mood towards democratic consolidation and the presumed acquiescence of the civilian masses. They now also confront a growing wave of COVID-19 without the normal level of international humanitarian support, and with a local health system partly paralysed by the civil disobedience of anti-coup doctors and nurses.

Taken together, at this perilous time, it is hard to conceive of a greater failure of national leadership. Having so destroyed an experiment in co-opted democracy, Myanmar’s generals do not get to go back to the beginning. What happens next will be determined by the fighters on the streets and in the mountains, and by the world’s tolerance for a hopelessly misguided group of military decision-makers.

Nicholas Farrelly is Professor and Head of Social Sciences at the University of Tasmania. From 2015-18, he was the first Director of the Myanmar Research Centre at the Australian National University.