The murky use of Chinese-owned social media in our elections might require federal truth in political advertising laws – but to safeguard against the disinformation of our own politicians rather than foreign influencers, writes Graeme Smith.

Threats to Australia’s national security have been coming from all directions in this campaign – Solomon Islands’ Prime Minister Manneseh Sogavare’s secretive security deal with China, Deputy Labor leader Richard Marles caught on tape calling China’s engagement with the Pacific a “good thing”, and most recently the Chinese surveillance ship Haixingwang sailing off the Australian coast in international waters, deemed by Australia’s Defence Minister to be “an aggressive act”.

It seems an age ago, although in reality only a few months back, that the greatest threat to Australia’s security was a Chinese-language app called WeChat. Australians learnt that the Prime Minister had a WeChat account, and it had been hijacked by parties who seemed unaware they’d bought his account. Senator James Patterson thundered: “We cannot allow a foreign authoritarian government to interfere in our democracy and set the terms of public debate in Australia.” He called on Australian politicians from all sides to boycott the platform.

The Coalition’s star performer on WeChat, Gladys Liu, was at the vanguard of the boycott, ditching her personal account “until the platform explains itself”. Liu’s self-imposed exile remains in place, even though she credited the platform with her success in 2019, and that of Julia Banks in 2016. Her Labor opponent in the seat of Chisholm has not joined the boycott, and it looks likely to cost the Coalition a valuable marginal seat.

What is this app that can seemingly make or break candidates in the Australian election? It’s worth noting up front that nearly all politicians and media outlets are conflating a platform available to anyone on the planet — WeChat — and a platform only available to those with a phone number registered in China – Weixin.

The ABC’s Bang Xiao has an excellent explainer on the difference, but the key takeaway for politicians is that Weixin, in theory only available to Chinese nationals, allows you to open a “official account” (a bit like Twitter’s blue tick crossed with a Facebook fan page) that can broadcast targeted messages a certain number of times each day. It’s a lot more useful to an Australian politician looking to spread the word and recruit volunteers for their campaign than WeChat, which only lets you communicate with friends (like a completely insecure WhatsApp) or in groups of up to 500 (more on these groups later).

Our Prime Minister could open a personal WeChat account tomorrow, but even if the security services would let him, it would be much less useful than his lost Weixin official account with 76,000 followers. The in-between option of a “service account” is also unappealing, as it allows far fewer posts than an official account. While he’s been accused of many things, no one has suggested he’s a Chinese citizen, or even a “Manchurian candidate,” so how did he come by a Weixin account? In short, by sleight of hand that violated China’s laws. A man from Fujian province, simply known as “Mr Ji”, owned — and then sold — Morrison’s Weixin official account. Tencent responded tersely to the controversy, telling the CCP tabloid Global Times that “there is no evidence of any third-party intrusion… it appears to be a dispute over account ownership”.

Herein lies the dilemma for future Australian governments – we can’t legislate or control what companies and individuals based in China do. There are many layers of complexity to unravel before a call is made on whether Tencent’s social media giant (it has the most number of active users in the world) is a tool of China’s influence or, as Senator Patterson has it, interference in this and future Australian elections. The difference between influence and interference is consent, and here current and future Australian officials with a mind to address this will hit a problem: both major political parties know how useful Weixin official accounts and WeChat private groups are in winning elections. Even Gladys Liu, who called Tencent’s “interference” unacceptable, is using other Weixin official accounts to recruit volunteers for her campaign. 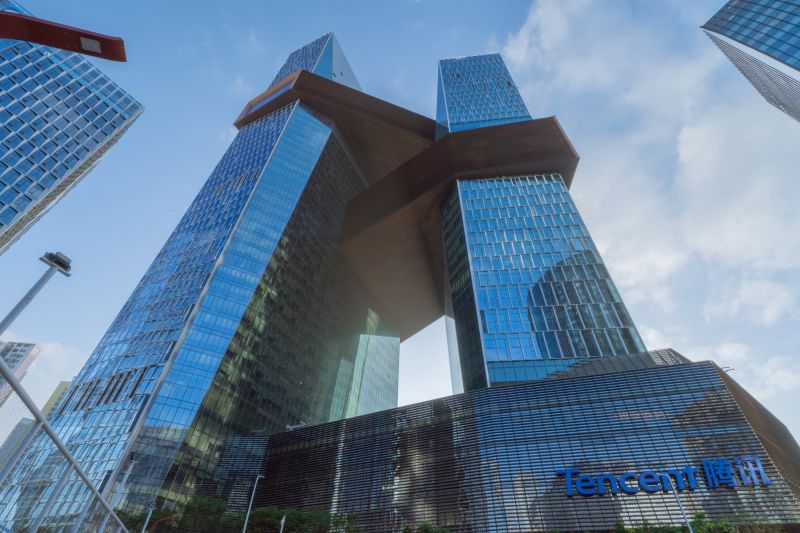 Others in seats with high Chinese-Australian populations, such as Treasurer Josh Frydenberg, are paying for advertisements on Weixin official accounts such as AAN and Melbourne Online CN2MEL to recruit campaign volunteers – just scan a QR code, fill in a Google doc, and you’re working for the Member for Kooyong. Some volunteers are likely to be non-citizens, as was the case for Liu’s 2019 campaign. While the “right to take part in public affairs and elections” is restricted in Australia to citizens, non-citizens can work for political candidates, says the Australian Electoral Commission (AEC). That means recruiting Chinese citizens to work on your campaign is not illegal under Australia’s current electoral laws. We’ve heard nothing about this grey area from either major party – presumably because they’re happy to get new blood into their ranks.

The AEC has expressed reluctance to proactively monitor WeChat, explaining “matters are brought to our attention swiftly by other social media users and political participants”. While soon-to-be published research by our team at ANU and the University of Hong Kong found that Weixin official accounts linked to the Chinese state did not favour either political party in the 2019 federal election, these accounts did tend to undermine confidence in Australia’s democratic institutions and highlight racism in Australian society, a task made easier by some of our politicians.

More effective in swaying votes, but near impossible for the AEC to monitor, is the seeding of misinformation and disinformation into private WeChat groups by political parties and their supporters. The earliest effective use of this technique in Australia was pioneered not by the Chinese Communist Party, but Fred Nile’s Christian Democratic Party, which admittedly does hold similar views to the CCP on social issues. The CDP managed to double their vote in the seats of Bennelong, Banks and Reid between the 2013 and 2016 elections with a campaign focusing on Labor’s Safe Schools Program and gay marriage (“To honour our parents and to protect our descendants, we must make concerted efforts to preserve Australia’s marriage laws”). The message was spread through private WeChat groups with church affiliations.

This material, often indistinguishable from advertising that carries party attribution, is near impossible to trace to its source. Once seeded, because people join WeChat groups with similar interests, this material is shared and spreads organically. Even if the AEC had a mind to do so, it’s unclear how it could regulate this. While WeChat users are sceptical about material they view on the platform, like social media users everywhere, they have greater trust in material shared by friends.

Even if it were possible to track down the authors of these unattributed political advertisements, without federal truth-in-political-advertising laws (TPAL) it’s unclear how they could be held to account. With TPAL experiments in South Australia and the ACT going smoothly, and integrity-focused independents likely to hold the balance of power after 21 May, the AEC may be looking to recruit Chinese-speaking staff with forensic skills in the near future.

The issues WeChat presents are similar to those of other social media platforms that see no commercial advantage in monitoring content for accuracy. Like many platforms, WeChat inspires polarisation, spreads conspiracy theories, and weakens the social fabric. Though even in its darkest corners it struggles to match Craig Kelly’s Facebook page. Banning WeChat won’t work – too many Australians rely on it for too many things. Despite proclamations of boycotts, this election has shown politicians of all stripes can’t resist a platform offering cheap votes and a plentiful supply of volunteers. There’s no solution to this wicked problem, but introducing federal truth in political advertising laws might rein in the main source of misinformation, not from Xi Jinping, who couldn’t care less who wins this election, but form our own politicians. In doing so, we might improve the public’s faith in democratic institutions, which is sliding at an alarming rate.