Does Australia need to 'wake up' to a China challenge? This is an excerpt from a discussion between ABC journalist Michael Rowland and author and journalist Peter Hartcher at the Melbourne launch of Quarterly Essay 76, presented with Black Ink and Readings Books.

Michael Rowland: What do you think of this binary argument where we have the US on one side, China on the other? Where does Australia stand if things get worse, if the deep freeze moves on to something a whole lot worse for Australia? Where do the US security arrangements step in? And can we rely on the US to come riding to our rescue if push came to shove?

Peter Hartcher: There is a big bipartisan contest now in the US Congress: who can beat up China more? We don't want to get to that point. People think there's just a trade war going on with China. It's not. It's a technology war. It's a trade war. It's a defence war. It's an education, research and corporate war.

And it just keeps going. We don't want to get to that. In my view, China is a really important future partner for us. But it accounts for a third of all our foreign income. And so people say, what's Australia going to do? It's this terrible dilemma.

You've got the US security guarantee here and we've got the Chinese economy here. What do we? Which one do we choose? Well, my answer is, so far as we can, it’s both. We don't chuck out the US alliance because it's an Australian asset and you don't throw assets out on the sea unless they've become liabilities. It's not a liability. At the very least, in peacetime, we still get a tremendous amount of value out of the thing that saves us spending a lot more money than we would have to otherwise. 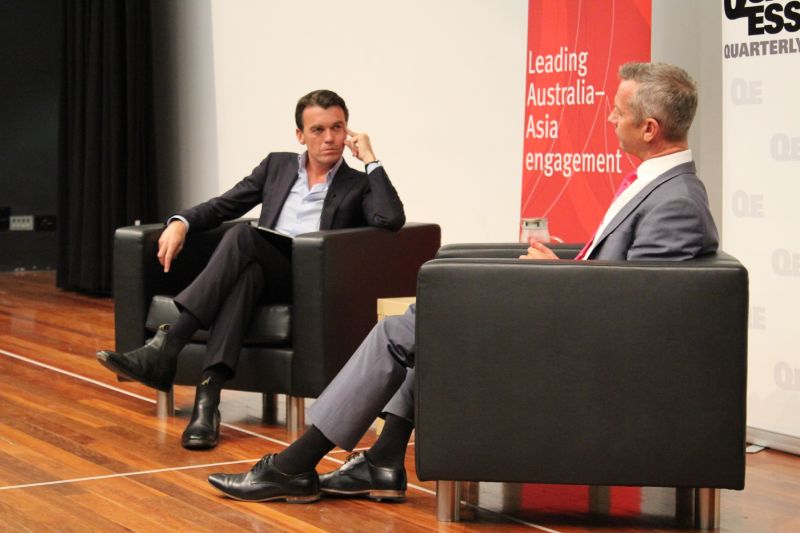 But at the same time, we don't want to disengage from China. And my whole thesis, Michael, is that we need to engage fully with China, not only on the economy, but we need a working relationship with China on all the big problems, whether it's transnational crime or climate change over the next 50 years.

We don't want to wall ourselves off and we don't want to have a war. My view is to engage confidently and robustly and energetically with China and do all the stuff we need to protect ourselves, to protect our internal systems, our democracy, our society and our economic institutions from Chinese takeover.

Only then can we confidently get on with dealing with China. But in this current state of fearfulness and anxiety – grey zone stuff – we're crippled and we can't get on with it. We can't engage properly. We can't disengage. And we're in a kind of no man's land.

With the US, obviously, it's never been a real security guarantee. Read the treaty. The Americans specifically didn't want to give a hard and fast security guarantee to Australia and they didn't. But Donald Trump has now made it more unreliable than it was before. 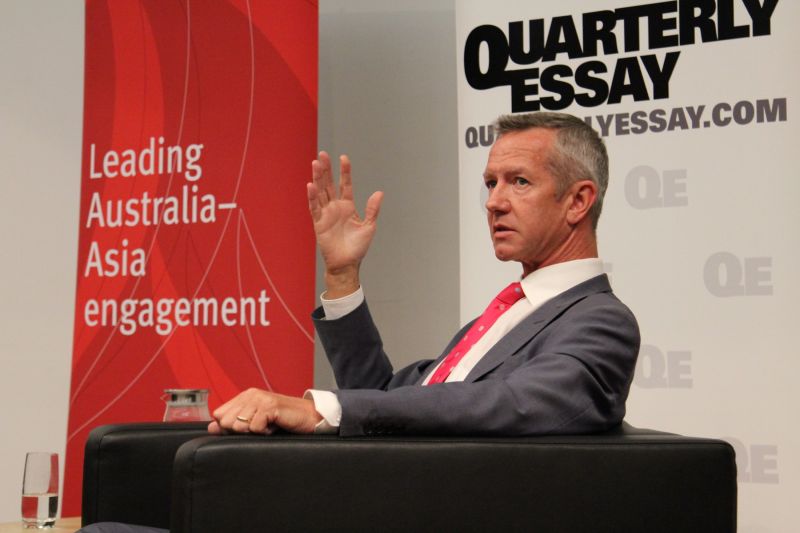 We can't ever really rely on it as a full-on instrument of protection. And we'd be fools if we did. Meaning - we have to simply do more for ourselves. We have to protect ourselves and our democracy internally from foreign intrusion from the Chinese.

We have to prepare ourselves for a world where the US may be no help to us at all. We need a more active, engaged, ambitious and independent Australia in every element, including our foreign policy.

MR: The argument here is what's the difference between what China's doing and what America has done? The Brits, the Israelis, call it what you will, they will try as they grow in size and power and influence to use that power to seek influence in countries like Australia. What is China doing differently? Why should China be singled out?

PH: Great powers exert power and they do nasty things. It's a point Keating made. Well, of course, they do. And I'm not going to sit here and defend everything that the US has done or any other country. For me, it's not a moral equivalence argument. I mean, they're all equally immoral great powers but they're equally immoral things.

It's not about the morality. For us, it's about the consequences. The metric for us shouldn't be which power is least worst. The test for us is the welfare, prosperity and liberty of the Australian people. What are the threats? What are the opportunities?

So far as we know, the US isn't actively working to overtake and operate our political system. Maybe they are, but if they are, it's really a pretty well-hidden plot. But we know that the Chinese Communist Party is, and so let's protect against that. And there are some simple steps that we can take and I think should and must take.  There are lots of things we can do  and they're all in the essay. I won't go on. But does that answer the question? 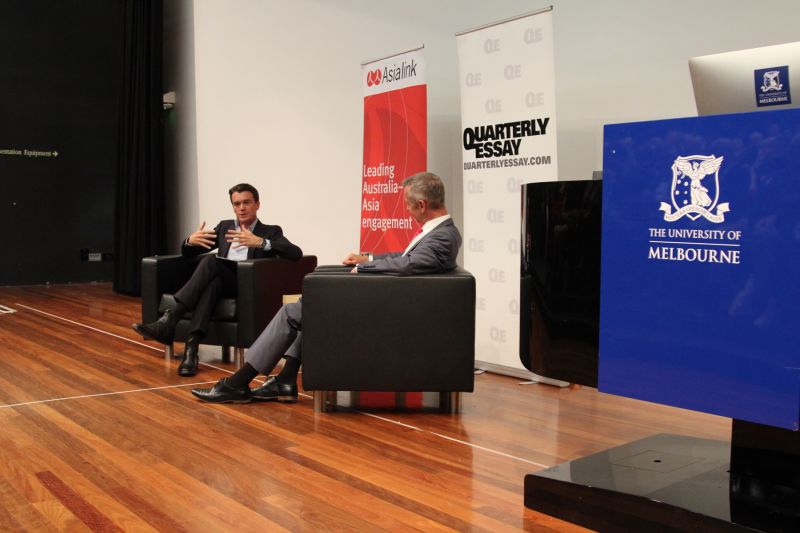 MR: It does, indeed. Because we are on the university campus, there’s an idea you have as an insurance policy for universities, that if the Chinese government ever tried to turn off the tap where it comes to international students, you talk about a resilience fund. How would that work?

PH: Tourism is about $11 billion a year net to Australia and the university sector is worth about another 11 billion, roughly the same in terms of net benefit. That's tempting. It may be tempting for the Chinese to turn it off to exert coercion at some point.

Peter Varghese, Chancellor of the University of Queensland and formerly the Head of the Department of Foreign Affairs and Trade, proposed what I thought is the only practical solution I've heard apart from the obvious ancient principle of diversification, where you diversify your risk in any trade or company because you don't want to be too reliant on one customer.

Peter Varghese suggested the idea of a resilience fund, which is simply that the University of Queensland and the University of Melbourne and Sydney University (amongst the top three exposed to Chinese revenue streams), simply take a portion of the annual income earned from Chinese students and, instead of spending it on recurrent bills, invest it in a long term fund. You can call it an infrastructure fund, a scholarship fund, whatever you like, but that would give you a buffer in the event that Beijing decides to turn the tap off. It would give you some resilience so that you wouldn't be in an immediate absolute crisis and collapse. It seems like a sensible idea.

Maybe the University of Queensland is trying to implement it right now, but I would suggest the same principle would apply to other companies and industries which may well find themselves through no fault of their own suddenly faced with a revenue crisis.