Vietnam’s COVID containment strategy has been described as a “roadmap for other developing countries," but what comes next? As the most trade-reliant economy in Southeast Asia, Vietnam's short-term challenge is its reliance on the rest of the world to drive its domestic growth. Adam Schwarz and Arthur Do look at the prospects for economic recovery and the ongoing need for reform.

Vietnam’s economy is well-placed to stage a faster and stronger rebound than its regional neighbours thanks to relatively low rates of COVID-19 infections. But the remainder of 2020 and the early months of 2021 still present challenges, even as the continuation of much-needed reform offers the prospect of a positive medium-term outlook.

Vietnam relied on early action, targeted testing, extensive contact tracing, effective government communication and widespread public buy-in and compliance to keep the COVID-19 pandemic at bay. As of 13 July, it had recorded 372 COVID-19 cases, with zero deaths and no new community transmission cases since April, leading the International Monetary Fund (IMF) to portray Vietnam’s virus containment strategy as a “roadmap for other developing countries”.

The government’s rapid and effective response meant non-essential businesses and services were shut down for only 22 days. The early resumption of domestic consumption on top of various fiscal stimulus measures underpinned a recent Asian Development Bank (ADB) forecast of 4.1 percent GDP growth in 2020. This is well below the pre-pandemic forecast of 6.8 percent, but makes Vietnam one of only two members of the Association of Southeast Asian Nations (ASEAN) expected to grow this year.

Still, achieving 4.1 percent growth for the full year will require a strong second half, given Vietnam’s economy only grew by 1.8 percent in the first half of the year. A number of economists and business leaders have criticised the government for not providing more fiscal support or more effectively targeted relief measures. A 30 percent corporate tax cut will not help much as most businesses won’t make a profit this year. Similarly, a proposed tax payment deferral of three months is mainly seen as window-dressing.

Meanwhile, SMEs are struggling to access a VND 16 trillion (USD 10.8 billion) low-interest credit package due to its stringent conditions for collateral and cash-flow, which for most businesses are inevitably compromised due to the pandemic. According to Vietnam’s General Statistics Office, almost 35,000 businesses declared bankruptcy in the first three months of 2020. Taking into account that the full impact of the lockdown only became apparent after it ended, that number is likely to rise significantly.

The double-edged sword of trade dependency

But Vietnam’s bigger short-term challenge is its reliance on the rest of the world to drive its domestic growth. Vietnam is the most trade-reliant economy in Southeast Asia, even more so than trading entrepot Singapore. In 2019, its exports and imports were equivalent to 116 percent and 101 percent of GDP, respectively. Given this high level of trade dependency, Hanoi can only do so much with domestic tools to re-energise its economy. Of particular concern to Hanoi is the slow recovery in the U.S., which last year accounted for some 20 percent of total Vietnamese exports.

The pandemic has dealt a massive blow to Vietnam’s tourism industry, which accounted for roughly 10 percent of GDP in 2019. The number of foreign visitors to Vietnam and tourism-related revenues dropped 38 percent and 45 percent, respectively, in January to April 2020 compared to the same period in 2019. With Hanoi yet to announce any plans to re-admit foreign tourist arrivals, no significant pick-up is in sight for hotels, food and beverage outlets, travel agencies, tour guides and transportation workers reliant on tourist traffic. Looking to 2021, however, the main development banks project Vietnam will rebound to 6.5-7.0 percent growth. The latest edition of the annual Vietnam Provincial Competitiveness Index (PCI) shows that businesses have seen reduced entry costs, stronger property rights and less corruption in recent years. Participation in trade agreements such as the recently ratified EU-Vietnam FTA (EVFTA) and Comprehensive and Progressive Agreement for Trans-Pacific Partnership (CPTPP) should provide impetus for continued business-sector reforms.

As Vietnam attempts to move away from a reliance on labor-intensive manufacturing and to promote skills-based industries, a new foreign investment law passed in June provides additional incentives for higher value-added foreign investment. Revisions to the labor code in 2018 and a set of educational reforms passed in 2019 were intended to increase the supply of skilled labor in the years to come.

Even pre-COVID-19, Vietnam was one of the principal beneficiaries of manufacturing facilities relocating out of China, leveraging its strategic location, relatively low labor costs and membership in multiple regional trading pacts. As just one example, earlier this year Apple announced it will move 30 percent of its production of AirPods to Vietnam. As and when the pandemic recedes, Vietnam will likely see even more such investment as companies come under increasing pressure to diversify their supply chains.

The pandemic, as it has in so many other countries, has given a huge boost to Vietnam’s digital economy and e-commerce in particular. Online orders increased tenfold during the pandemic lockdown. Schools and workplaces across the country turned to online solutions as a work-around to movement restrictions, efforts which will likely create positive spillover effects post-lockdown.

There are still plenty of potholes that could derail progress. While supply chain relocation out of China will certainly help, it is likely to be at a slower pace than Hanoi hopes. Insufficient infrastructure and high logistics costs will steer some investors toward other markets, and projected power shortages starting in 2021 will deter others who need large and reliable energy sources.

Notwithstanding the progress reflected in the recent PCI report, red tape and bureaucratic delays continue to act as significant barriers to new investors. In early July, the Vietnamese Chamber of Commerce and Industry (VCCI) rejected outright the government’s claim that it had eliminated more than 50-60 percent of investment-inhibiting business conditions. 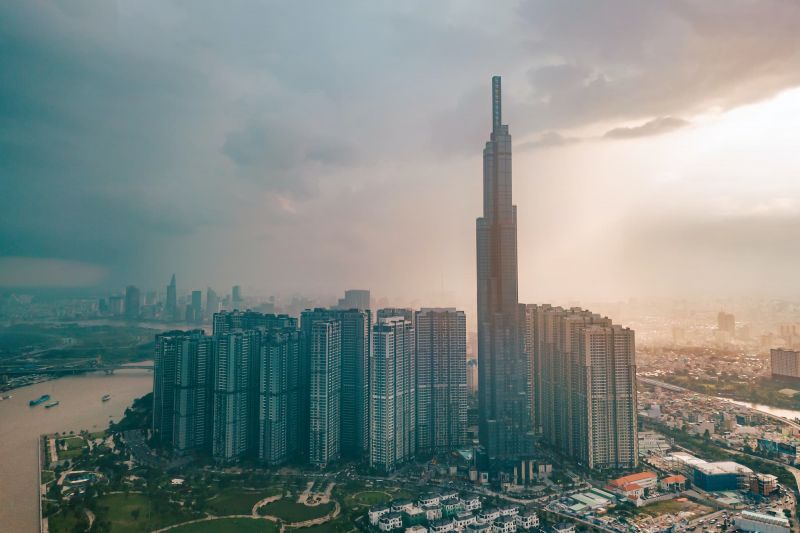 The quality of Vietnam’s labor force is another concern, especially for a government eager to push Vietnam up the skills ladder. Wages for skilled labor have been trending up sharply as demand outpaces supply. According to the 2019 Global Competitiveness Report published by the World Economic Forum, Vietnam ranked relatively poorly out of the 144 countries assessed on a number of workforce and workplace-related metrics.

These include: “skills of current workforce (103); “intellectual property protection” (101); “corporate governance” (104); “business dynamism” (89); “time to start a business” (96), and “strength of auditing and accounting standards” (128). China performed substantially better on all six metrics.

Another risk Hanoi is keeping an eye on is the US-Vietnam trade relationship. Ties between the two countries have strengthened in recent years across the board—political, security and economic—but there are a growing number of irritants in the trade relationship. Thanks to its success in attracting export-oriented foreign investment in recent years, Vietnam’s trade surplus with the US has ballooned, jumping an astonishing 42 percent in 2019 alone.

Vietnam now ranks fifth on the list of countries with the largest trade surpluses with the US, trailing only China, Mexico, Japan and Germany, a statistic that prompted a late-night tweet from US President Donald Trump last year in which he called Vietnam “the worst trade abuser in the world”.

In mid 2019, the U.S. Commerce Department slapped tariffs of up to 456 percent on selected steel imports from Vietnam, accusing the country of fraudulently acting as a transhipment hub for South Korean and Taiwanese steel manufacturers trying to circumvent U.S. anti-dumping and anti-subsidy tariffs.

Last month the U.S. Commerce Department opened an anti-dumping investigation into vehicle tire imports from Vietnam, and said it would be investigating 20 separate subsidies that Hanoi is allegedly providing to Vietnamese producers of passenger vehicle tires, including the charge that Vietnam is manipulating its currency to keep it undervalued in order to promote higher exports. While none of these measures has had a meaningful impact on Vietnam’s trade with US to date, a failure to rein in its galloping trade surplus with the U.S. raises the risk of additional retaliatory action down the road.

Adam Schwarz is CEO of Asia Group Advisors (AGA), a strategic advisory firm with offices across Southeast Asia.
Arthur Do is AGA’s Country Representative for Vietnam, based in Hanoi.