As Russia takes advantage of fractured Western politics to push its claims in Ukraine, John McCarthy argues a backdown by the United States and its European allies would impose severe strategic costs. An emboldened China ready to assert its claims over Taiwan would likely be one of them.

As tensions rise in Europe, we should reflect on where they leave our national interest – especially if the outcome is direct Russian military intervention in Ukraine.

We need to focus on two potential consequences: First, the risk of the United States and the West emerging weaker and, second, the probability that China will emerge stronger.

It will be cold comfort if a third consequence is that Russia is weakened economically because of intensified — and severe — Western sanctions.

The crisis won’t just go away. The loss of the Soviet Empire and the West’s subsequent triumphalism are central to President Vladimir Putin’s worldview. This view hardened after Ukraine’s “Orange Revolution” in 2004, seen in Moscow as stimulated by the West, and when at Bucharest in 2008, NATO leaders left the door open to Ukrainian accession to NATO. The events of 2014 that led to the Russian quasi-occupation of the Donbas area in south eastern Ukraine and the annexation of the Crimea caused a further deepening of the divisions between Russia and the West.

Putin is driven both by the need to make Russia great again and by Russia’s centuries old strategic requirement that it directly or indirectly control what it terms its “Near Abroad” – effectively the states of the former Soviet Union.

Putin also knows that Russian tradition gives short shrift to leaders who are seen to be losers.

Given Putin’s demands of the United States and NATO last December of which the most important was that Ukrainian and Georgian membership of NATO be abjured, and his deployment of significant military assets along the Russian border with Ukraine (and in Belarus), it is hard to see a political leader of Putin’s skill, ruthlessness, and sense of self-preservation climbing down without a package that he can feasibly describe as a win. If he is able to do this, the west loses. There can be no win-win.

Some, particularly in continental Europe, argue that Putin may be bluffing. They note that Western responses to Russian military action would involve costs for the Russian economy, which would not be sustainable, and that the idea of a drawn-out war has little appeal to the Russian people. 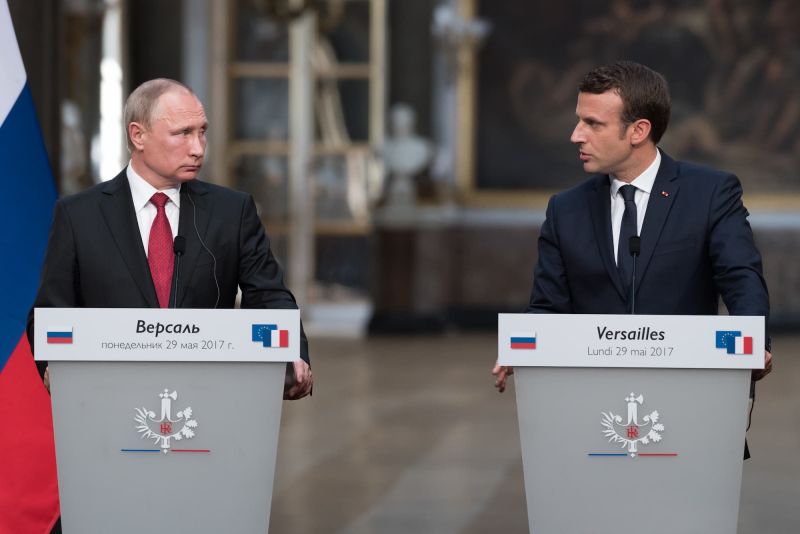 But Putin is nothing if not shrewd. A year into the Trump administration, some serious Russian thinkers saw the United States as undergoing its worst crisis of governance since the Civil War. Now Americans are themselves debating the possibility of internal conflict. Joe Biden is hurting domestically and America’s retreat from Afghanistan has lowered American credibility with friend and foe alike.

In stepping up the pressure on Ukraine, Putin would have factored in this American dysfunction.

NATO is not in a good place. As it frees itself from its moorings in Europe, Britain has its worst government in living memory. Germany has long had a different view from most of NATO on dealing with Russia — partly driven by its economic interests — and it is adjusting to life without former chancellor Angela Merkel. French President Emmanuel Macron is running for re-election and aspires to be Europe's pre-eminent leader. The states of the former Soviet empire are plain frightened.

With his opposition so fractured, one has to agree with the view expressed privately by one experienced British observer of Russia that Putin might be gambling, but he is not bluffing.

Putin needs enough of a win to allow him to go home. The options that would allow him to do this would be read as a NATO climb down because they would all involve a NATO retreat from the status quo.

If Putin does go for regime change in the Ukraine through military means — and gets it — NATO will be perceived as having lost and the West’s global reputation will take a major tumble.

Even if Putin were to accept a glass half full (for example, a moratorium of say 20 to 25 years on NATO membership for the Ukraine), NATO would be seen as emerging with a glass half empty – and as having conceded to Russian bullying.

A limited Russian invasion, say one linking the Russian controlled Donbas area in the south of Ukraine to the Crimea via the Azov Sea littoral would not give Putin the satisfaction of a quiescent Ukraine, but it would still be a blow to western prestige.

Shortly after Biden’s inauguration, the Americans let it be known that they wanted to neutralise difficulties with Russia in order to concentrate on the China threat. Such sentiments — suggesting possible concessions to Russia — would have been welcome news to Putin. But now, to China’s advantage, the chances are remote of Biden being able to take his eyes off the Russian ball to sharpen his concentration on the Indo-Pacific.

China also is in a position of strength with Russia, which needs at least Chinese acquiescence in its Ukraine policy and Chinese economic ballast should the West impose sanctions.

If the United States emerges the perceived loser in the current stand-off with Russia, its reputation as a partner will be eroded not only in Europe, but globally – including in the Indo-Pacific. The conceptual framework for mini-lateral groupings such as the Quadrilateral Security Dialogue, AUKUS, and the Anglosphere’s Five Eyes intelligence community (as a policy grouping) will be eroded. While these groupings have evolved to share strategic burdens between America and its allies, at bedrock they depend on a strong America.

And if the West is seen as having “lost” Ukraine or having been badly diverted by it, China might seek to take advantage of perceived weakness to push the envelope on Taiwan.

If Ukraine is not sorted out satisfactorily, Australia’s aspiration for greater strategic involvement by the Europeans in the Indo-Pacific is less likely to become a reality.

What then do we do?

We are not players on Ukraine matters. Even in the charged atmosphere of a federal election campaign we should avoid hyperbole. We look silly and it gets us nowhere. But we are ideologically part of the West and must contribute to western unity through adherence to western sanctions policy.

In dealings with Southeast Asia and India, there is no merit in our going on a rampage of condemnation of Russia. Some of these countries — particularly India and to lesser extent Indonesia — have good relations with Russia. Rather, our argument should be that acquiescence in Russia’s actions encourages an international climate conductive to offensive military action by one country against another. Most of our interlocutors will get the point. 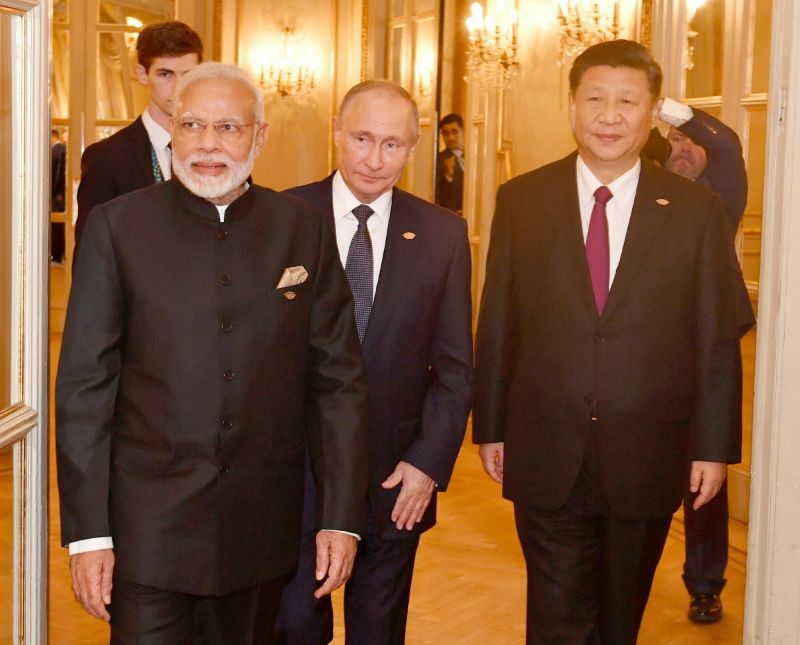 We need to understand — and maybe argue — that Europe’s, including Britain’s, priority must be Europe. There is a strong case that over the longer term the West’s management of China is better served by a cohesive Europe than by the Europeans being bit players in the Indo-Pacific. Let us also not forget that the much-heralded triumph of AUKUS involved a breach between the United States and France and a deepening divide in the already troubled Anglo-French relationship. These results were not in our broader interest.

Finally, and perhaps most important and hardest to accept, we must carefully monitor American capacity and will in Europe. The West is not threatened by Russia as in the days of the Cold War but it cannot afford the perception of defeat. If this were to occur, the losses for the West would not be restricted to the Atlantic theatre and many of the foundations of Australian external policy would need reappraisal.

A version of this article appeared on the Australian Financial Review on January 29, 2022.