Engagement with Asia is a tradition going back to Alfred Deakin. AUKUS is a good reason to double down on relationships in the region again, write Sid Myer and Anthony Milner.

The bipartisan “forever” commitment to AUKUS settles a few issues but does not mean we can relax on Asia. Understanding and negotiating our region becomes more important – and will challenge more than Australia’s military preparedness.

AUKUS might end the debate about our international identity and strategic positioning, but looking at the origins of our commitment to the Anglosphere, it was never a case of “Anglo v Asia”.

The 1951 ANZUS Treaty, and prime minister John Curtin’s call to America a decade before, were initiatives flowing from our Asia context. A half-century earlier, Liberal prime minister Alfred Deakin — the lead architect of the new Australia — invited America’s Great White Fleet to Australia to “knit together” relations with the US as well as Britain. But he also insisted that Australia have “a foreign policy of her own” – and stressed that Australians had “made their homes neither in Europe nor America” but in the Asian region.

Deakin wrote two books on India – and one of his followers, conservative politician Frederic Eggleston, insisted Australians were the right people to explain the “vast new forces” and alignments in Asia.

In this Australian conservative tradition, membership of the Anglosphere implied a responsibility to be effective in our region. With AUKUS — and the world-shaping rise of China and other Asian states — such Asia capability is critical.

It was consistent, therefore, that our government was negotiating with America and Britain when Foreign Minister Payne declared in Indonesia that Australia was “fortunate to call the Indo-Pacific home” – and that our vision for the future of the region “has ASEAN [or Southeast Asia] at its centre”.

Australia must be defined in part by its Asian engagement. Today, we send more than three-quarters of our exports to the region — and only about 10 per cent to the US and Britain combined. Our universities have been filled with students from Asia — and for a range of Southeast Asian countries, Australia has been the lead provider of Western education.

Our foreign minister is right to highlight ASEAN. It incorporates the part of Asia closest to us – fundamental in strategic terms, and our second-largest trading partner. ASEAN has succeeded in bringing almost all the Indo-Pacific into a range of inclusive regional institutions. Some commentators call these mere talk-shops and complain when they fail to solve inter-state tensions – but Australia has participated diligently and gained influence by doing so.

Working with Southeast Asian states — and demonstrating our competence to do so — adds to Australia’s value, not only with our Anglo partners but also in Asia.

We have been involved with some Southeast Asian states since their birth as modern nations. We have delivered critical development aid and continue to support ASEAN through the COVID-19 Recovery Plan. But in recent years much has changed. In the 1970s, when we became ASEAN’s first dialogue partner, Southeast Asia was one of the most turbulent regions, and poor – with a combined GDP half the size of ours. Today, ASEAN’s GDP is far more than double Australia’s and rising fast.

Handled carefully, Australia’s enhanced defence capability could bolster our regional standing, but sharper confrontation with China might have the opposite effect. In Southeast Asia, our long record — with trade agreements, strategic partnerships, capacity building and military cooperation (going back to the Five Power Defence Arrangements, including Malaysia and Singapore, initiated in 1971) — may be our strongest asset. The people-to-people experience among our government personnel, as well as in our think-tank networks, business community and extensive student exchange, adds ballast to our ASEAN engagement. But this will not be enough.

Change is now so fundamental across the entire Indo-Pacific that Australia needs a closer knowledge of regional developments. Today, we focus on China and yet a whole galaxy of states — each with its own strategic perspective and many prone to modulating alignments in one direction or another — can influence regional stability. 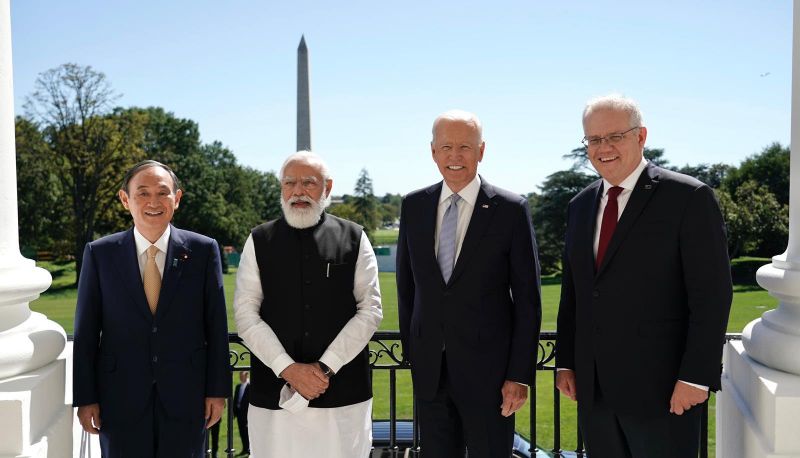 Consider the reactions to AUKUS. From beyond ASEAN, there are reports that India – which Australia expects to be committed to the Quad (along with Japan and the United States) – resents the US’ willingness to share nuclear technology only with us. Could such resentment eventually feed into the tradition of strategic neutrality, long influential in India?

In Southeast Asia, the Philippines and Singapore seem relaxed about AUKUS, but again we must look beyond formal responses. The Philippines’ Foreign Secretary and President Rodrigo Duterte have sharp differences over China-US relations and, in the case of Singapore, recall Prime Minister Lee Hsien Loong’s advice to Australia last June, warning that although “rough spots” occur in handling China, these should be dealt with as “issues in a partnership” and not issues with an “adversary”.

Indonesia has expressed respectful anxiety about an arms race. Malaysia’s Defence Minister says he wants to seek China’s views. He also insists that ASEAN hold firm to the idea of a “zone of peace, freedom and neutrality”, an ASEAN vision dating back to 1971 of a region free from interference from outside powers.
Unrealistic today perhaps, but the former head of Singapore’s Foreign Ministry, Bilahari Kausikan, in an article generally positive about AUKUS, still highlights the long-established aspiration to “maximise” the “manoeuvre space” of the ASEAN countries.

ASEAN countries do not indicate a desire for the United States to leave their region. But it is unwise to try to force them to take sides.

For Australia, the ability to gauge Asian intentions may be as vital as naval capacity. As an effective contributor to AUKUS, we must double down on Asian engagement. We confront this need at a time when our diplomacy is under-resourced and the Asia component in our education system is declining. What may be required is a review of Australia’s “Asia” capability on the scale of a defence white paper.

This article originally appeared on The Australian Financial Review website ($) on October 5, 2021.