With indications that it may have to accept the inevitable, why has Japan been adamant that the 2020 Tokyo Olympic Games should go ahead in the face of COVID-19?

Major events worldwide are being cancelled, from the AFLW to the Monaco Grand Prix. But Japan has been standing firm that the Olympic and Paralympic Games will go ahead.

Last week Japan’s Olympic Minister Seiko Hashimoto said that organisers were “not at all” considering postponing or cancelling.

However, this week, although Prime Minister Abe Shinzo again ruled out cancellation as an option, he conceded for the first time that a decision may need to be made to postpone.

Mr Abe’s statement come as Canada and Australia announced they won’t send athletes to the 2020 Olympic Games in Tokyo, and the International Olympic Committee (IOC) says it has given itself four weeks to decide on the future of this summer’s Games. 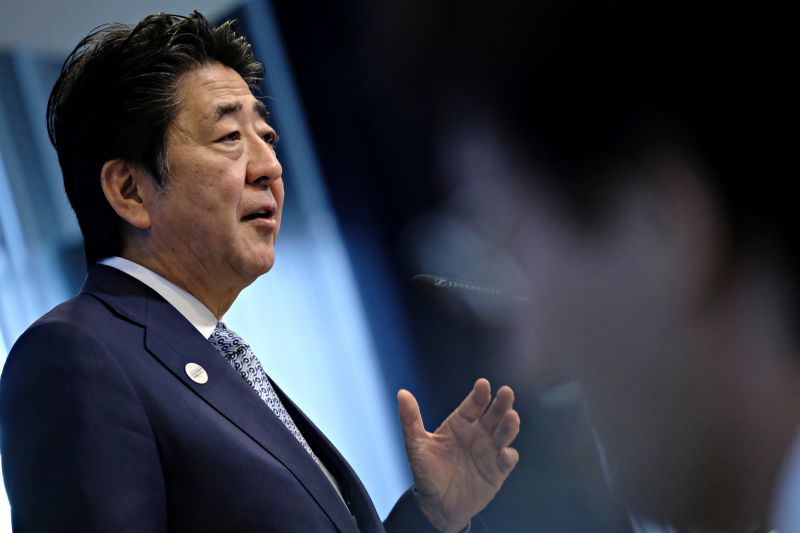 Meanwhile, news reports quoting one longtime IOC member, Dick Pound, say the decision has already been made and the Games will be postponed.

The International Paralympic Committee welcomed the rumoured decision to plan for a postponement, saying “human life is much more important than anything.”

But why has Japan been clinging to this view?

Beyond the financial and political implications, to explain why Japan wants the Tokyo Olympic Games to go ahead, you need to understand why countries host major sporting events in the first place.

It’s about more than which team wins on the field, with countries using them as sports diplomacy. According to Australian Sports Commission Chairman John Wylie, “Ever-alert and forward-looking, Asian governments well understand... the opportunities it creates for the global projection of soft political and cultural power.”

In 1964, hosting the Tokyo Olympics was an important step in its post-war international engagement and was a cultural celebration of what Japan had achieved less than 20 years after being devastated at the end of World War II.

It was also the catalyst for the construction of Japan’s world-renowned high-speed rail network. Hosting the FIFA World Cup jointly with Korea in 2002 was an important step in reconciliation, which sadly is still ongoing.

Taking on the Olympics in 2020 and the Rugby World Cup in 2019 were ambitious and not done lightly. Japan aimed to show itself as an outward-looking nation keen to host the world on its shores; raising the country’s profile and promoting Japan’s wider place in the world as a significant country. In other words, it was a rebranding of Japan.

Japan lived through a string of tragedies over the last decade or so, including the Tōhoku earthquake and tsunami in March 2011 and the resultant Fukushima nuclear disaster.

The Rugby World Cup had elements of national healing: a game at Kamaishi Recovery Memorial Stadium was constructed in one of the areas worst impacted by the tsunami.

The Japanese people showed great enthusiasm for the event, with an exuberant atmosphere among crowds at what had previously been something of a niche sport. The Japanese national team’s best-ever result was a welcome boost, giving people a sense of national pride and accomplishment.

The success of the Rugby World Cup came despite the tournament being affected by Typhoon Hagibis in which 98 people were killed. The organisers moved or cancelled matches, while successfully continuing with the tournament in safer parts of the country.

A Symbol of Hope

In terms of the Olympics, Japan has been hoping that if the Games can proceed after the worst part of the crisis has passed, Tokyo 2020 could be a way for the world to focus on something positive.

It would place the country as a global leader in the psychological recovery from the pandemic, showing its resilience and offering hope.

When Prime Minister Abe Shinzo said last week, “We will overcome the spread of the infection and host the Olympics without problem, as planned,” he was sending a message about Japan’s fortitude.

Another compelling factor has been the precedent of cancelling an Olympics. In the past the Games have continued in the face of international terrorist incidents, boycotts and the economic woes of hosting countries.

Currently, despite lockdowns and international travel bans, in theory, the 2020 Tokyo Olympics are still going ahead, despite the deputy head of the organising committee contracting COVID-19.

While Japan’s determination to continue with the games has been criticised, it’s worth understanding the country’s motivation for holding out so long in hope of being a global symbol of post-coronavirus recovery.

Melissa Conley Tyler is Director of Diplomacy at Asialink at the University of Melbourne.
Caitlin Ryan is a Master of International Relations student interning at Asialink.

This article first appeared on the University of Melbourne's Pursuit website on March 24, 2020.